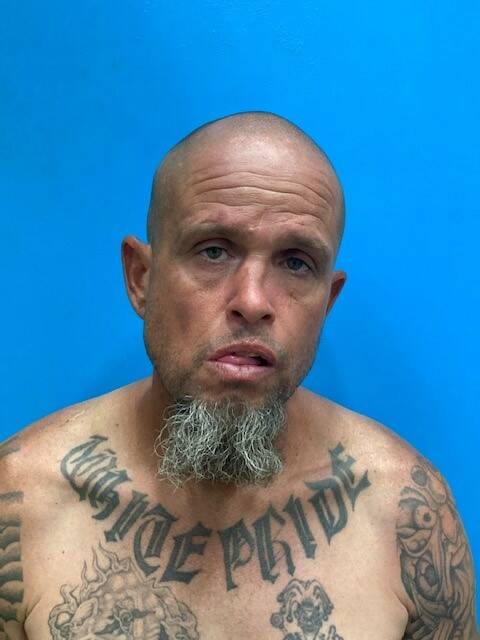 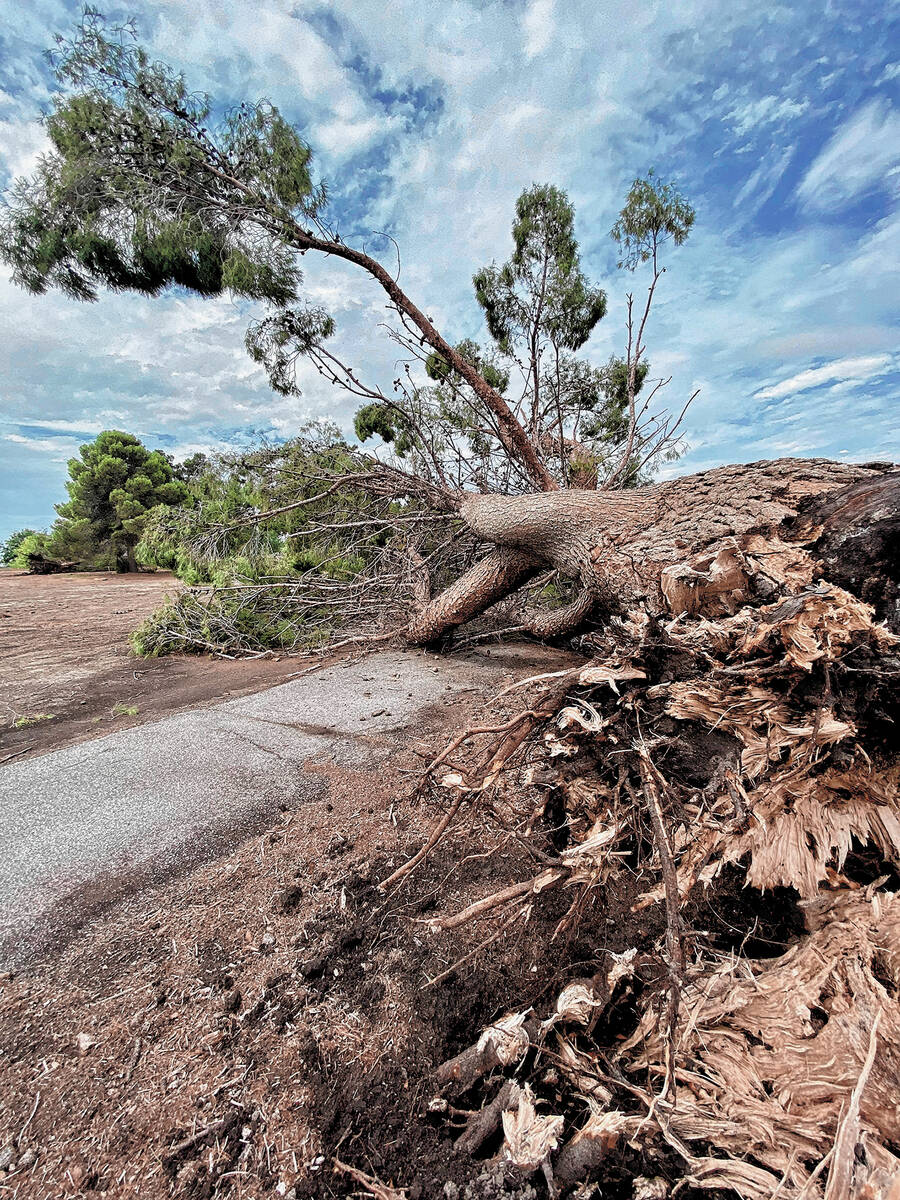 (Special to the Pahrump Valley Times) A Pahrump man has been charged with arson after allegedly igniting two fires off Pahrump Valley Boulevard in front of Discovery Park.

A Pahrump man has been arrested on suspicion of arson.

Nye County Deputy Hanon Daigler was dispatched to check on the welfare of an individual at approximately 1:41 p.m. on Saturday, July 16, according to a sheriff’s office arrest report. While en route on Pahrump Valley Boulevard, Daigler observed Justin Woodall acting erratically while walking away from a newly lit fire in the area of Discovery Park.

Daigler spotted a second fire, according to the report, that sprang up approximately 100 feet north of the first fire near where Woodall was walking.

“The growth of each fire was consistent with the path where Justin was walking,” according to Daigler’s arrest report. “Justin was the only person in the area of the rapidly growing fires. While I was attempting to stop the fire from spreading, deputies were able to stop Justin along Pahrump Valley Boulevard. After Pahrump Valley Fire and Rescue crews were on scene to control the fire, I relocated to where Justin was stopped to positively identify him.”

Woodall was in possession of two packs of matches, as well as two Bic lighters, a butane lighter and a white glass pipe commonly used to ingest methamphetamines, according to the report.

“Justin was placed into custody for third-degree arson, for willfully and maliciously setting pine needles and railroad ties on fire in two separate locations upon the path he was traveling,” according to the report. “Information was pulled by dispatch for Justin, which showed he did not register as an ex-felon with Nye County due to the fact that he said that he did not know that he had to register in Nye County because he registered in Las Vegas.”

Following the initial investigation, Woodall was arrested and booked into custody on a third-degree arson charge and failure to register as an ex-felon by unlawfully residing in Pahrump longer than 48 hours and failing to register himself.

Woodall was subsequently transported to the Nye County Detention Center without incident.