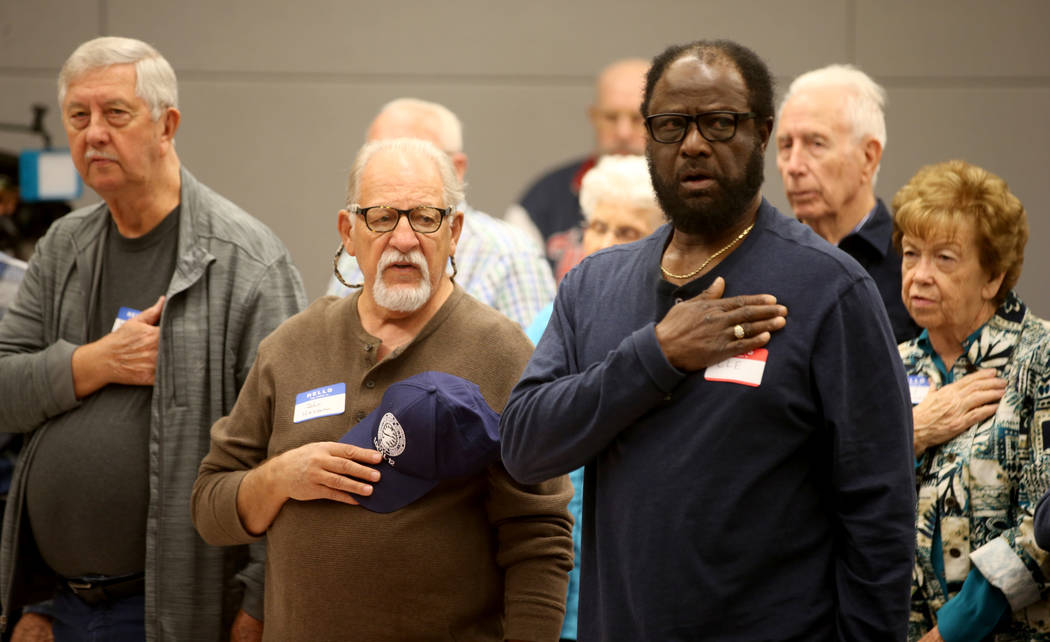 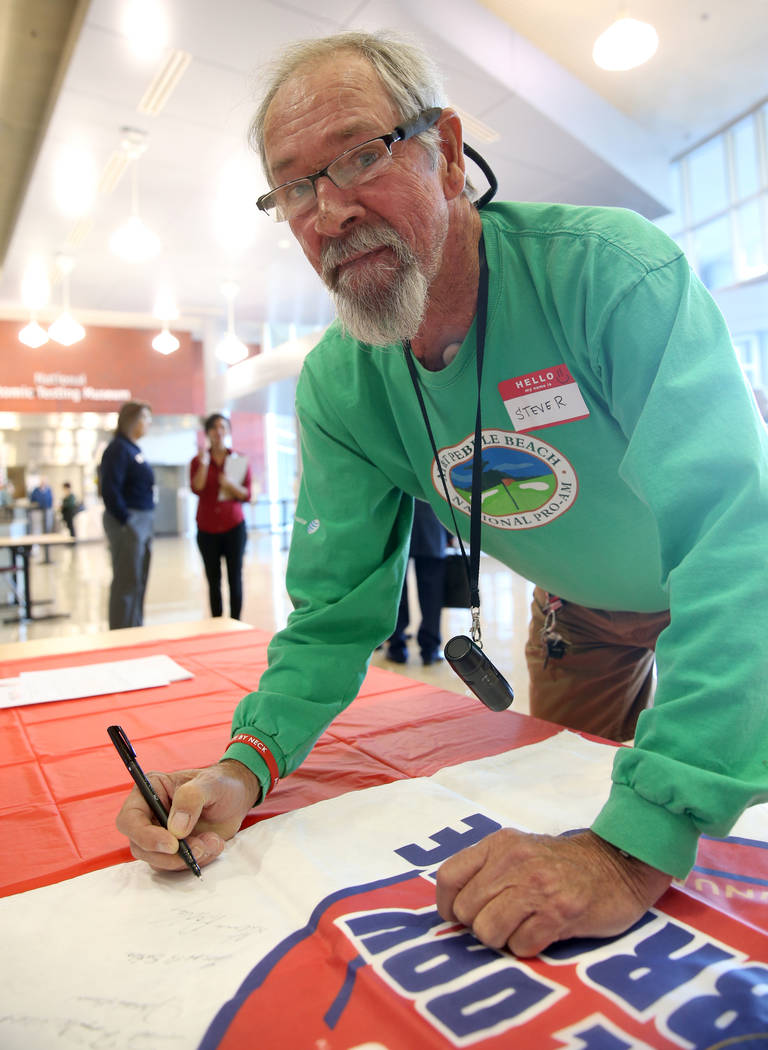 Steve Radley, 73, of Pahrump signs a banner during the Cold War Patriots National Day of Remembrance at the National Atomic Testing Museum in Las Vegas Monday, Oct. 28, 2019. Radley worked at the Nevada Test Site 1969-1985 doing a variety of jobs from being a mechanic to crane operator. (K.M. Cannon/Las Vegas Review-Journal) @KMCannonPhoto 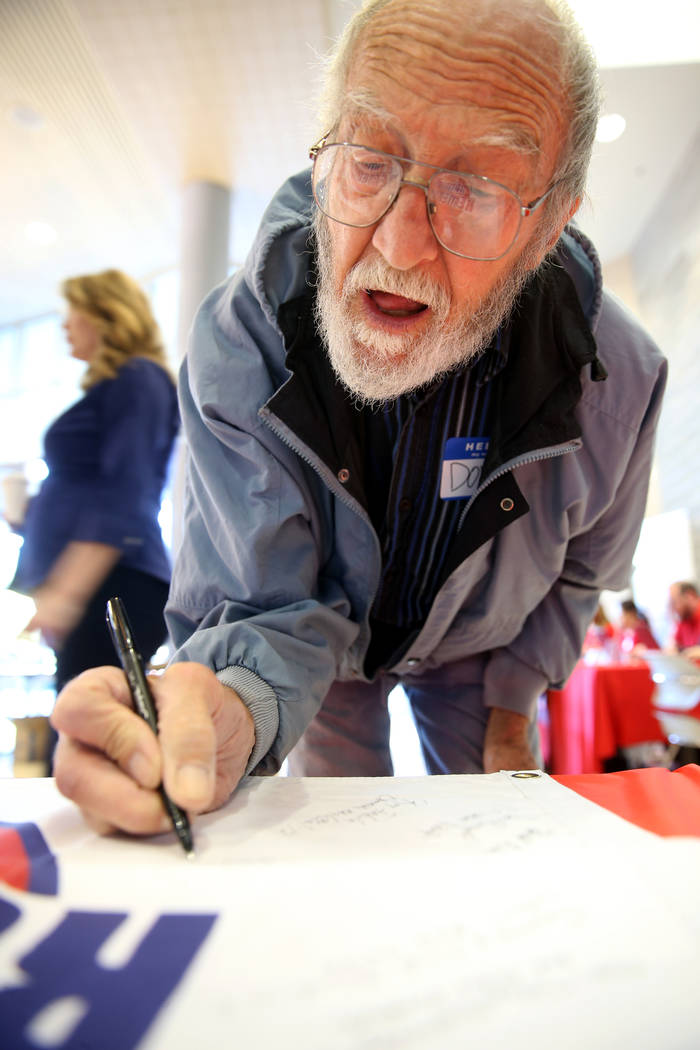 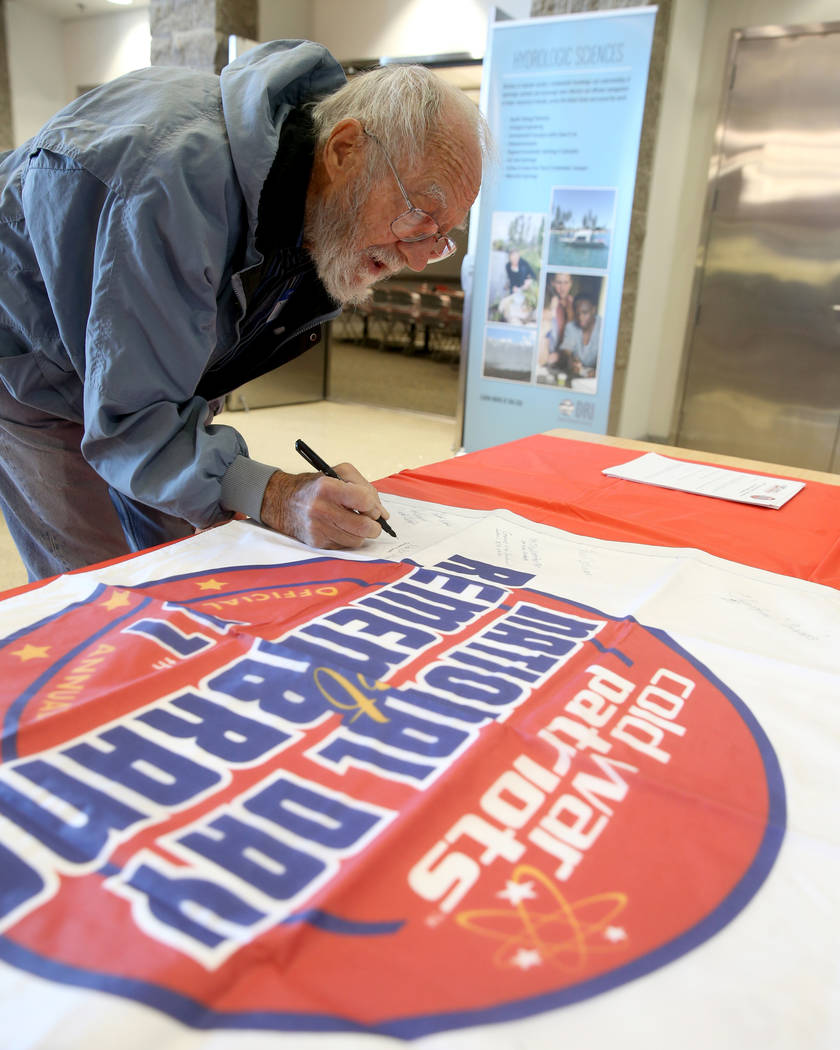 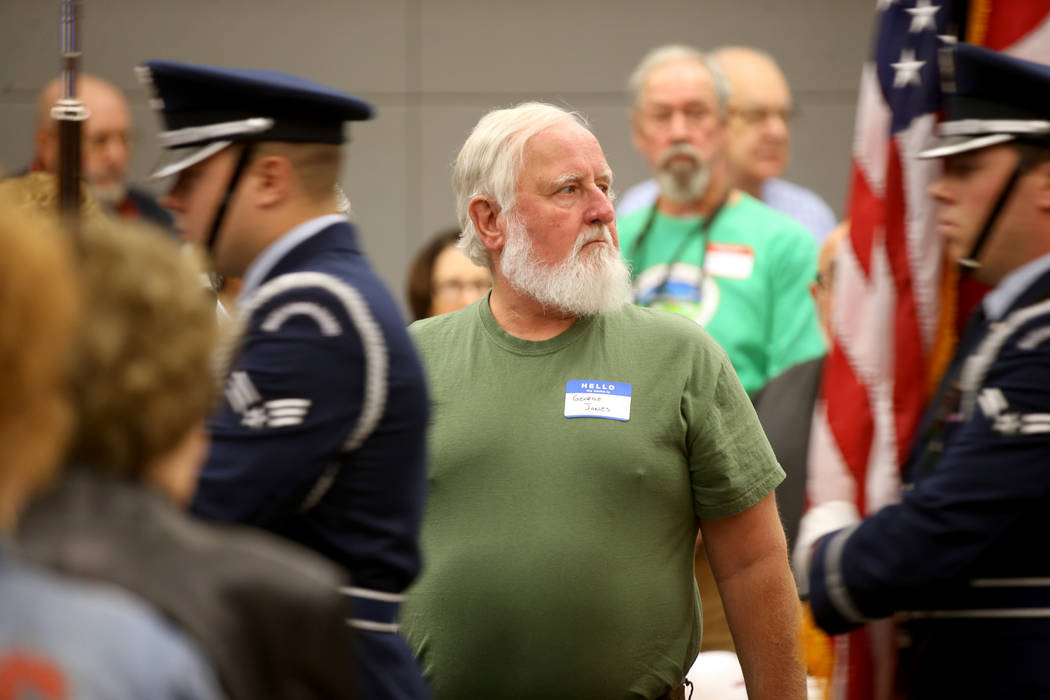 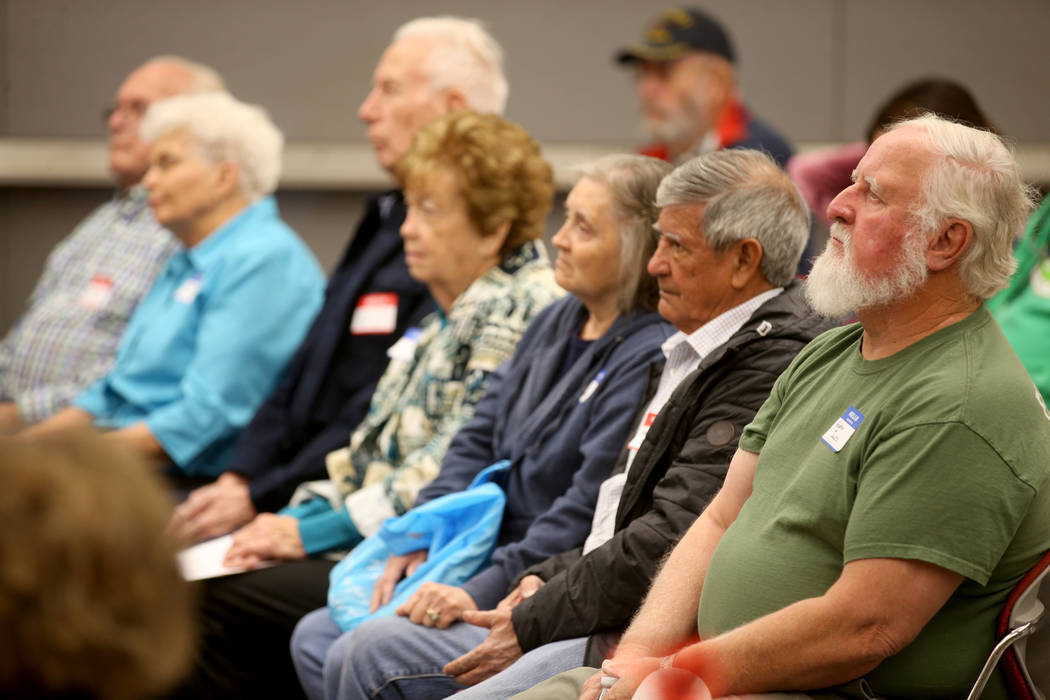 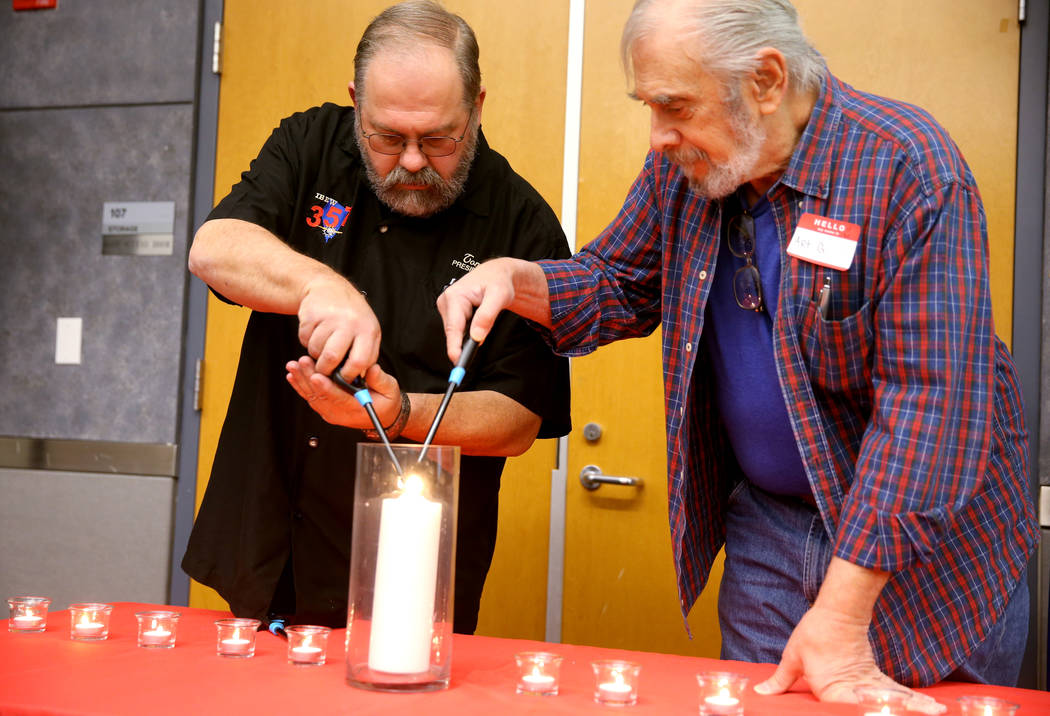 The names of 94 veterans and civilians who died since last year’s ceremony were read, and candles were lighted in their honor at the event at the National Atomic Testing Museum in Las Vegas.

Held at 10 sites across the country, the event was organized by the Cold War Patriots, a community resource organization that advocates for nuclear weapons and uranium worker benefits.

The Nevada Test Site, where full-scale nuclear weapons tests were conducted from 1951 to 1992, is now called the Nevada National Security Site and is in Nye County.

Each year, the National Day of Remembrance, formally celebrated on Oct. 30, is designated by a bipartisan resolution passed by the U.S. Senate to honor the contributions and sacrifices of nuclear weapons workers.

This was the eleventh year the National Day of Remembrance has been observed.

“These living legends, and those we have lost, deserve our gratitude for their hard work, dedication and sacrifice to keep America free,” Lerew said in a statement.

“Our celebration is a moving ceremony that honors these heroes who did extraordinary work – often in secret – to provide for our nation’s security. We will never forget their service.”

— With reports from Kevin Cannon of the Las Vegas Review-Journal