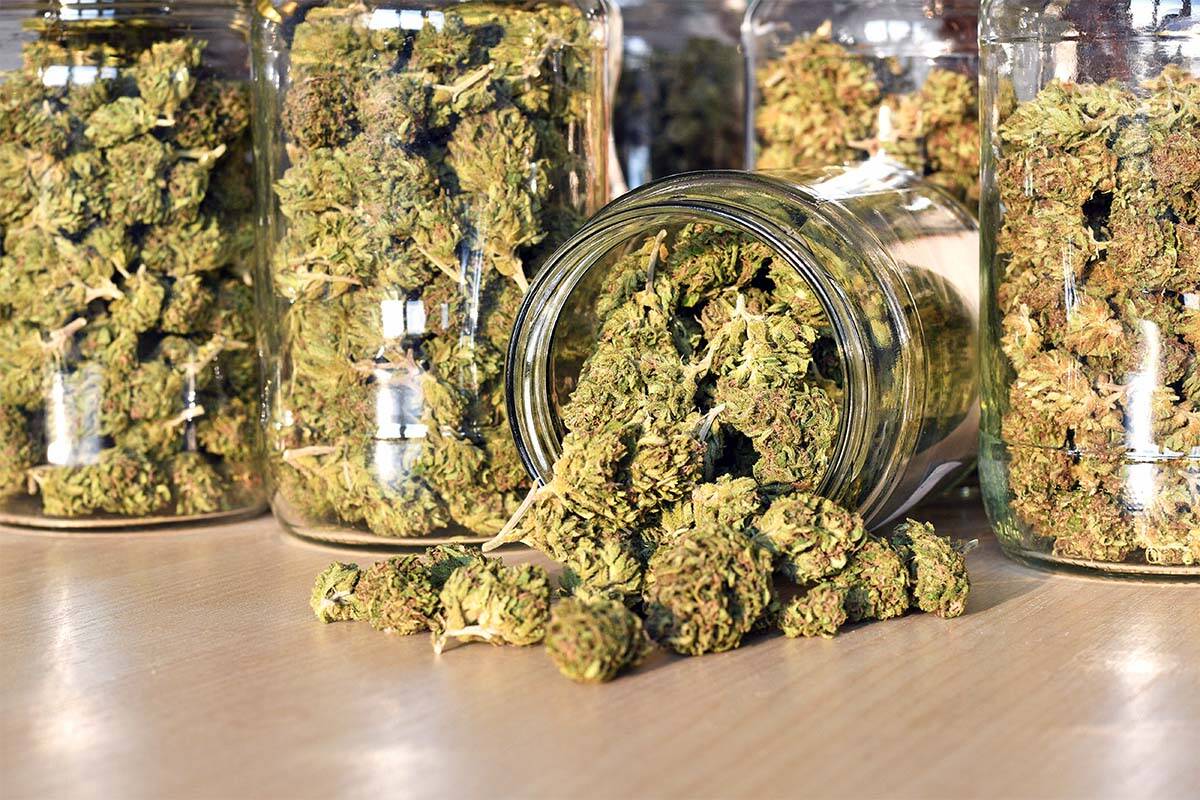 Getty Images A second marijuana dispensary in Pahrump is set to begin construction in the near future, with Nevada Organic Remedies striving to open the doors of a new pot shop in early 2022. 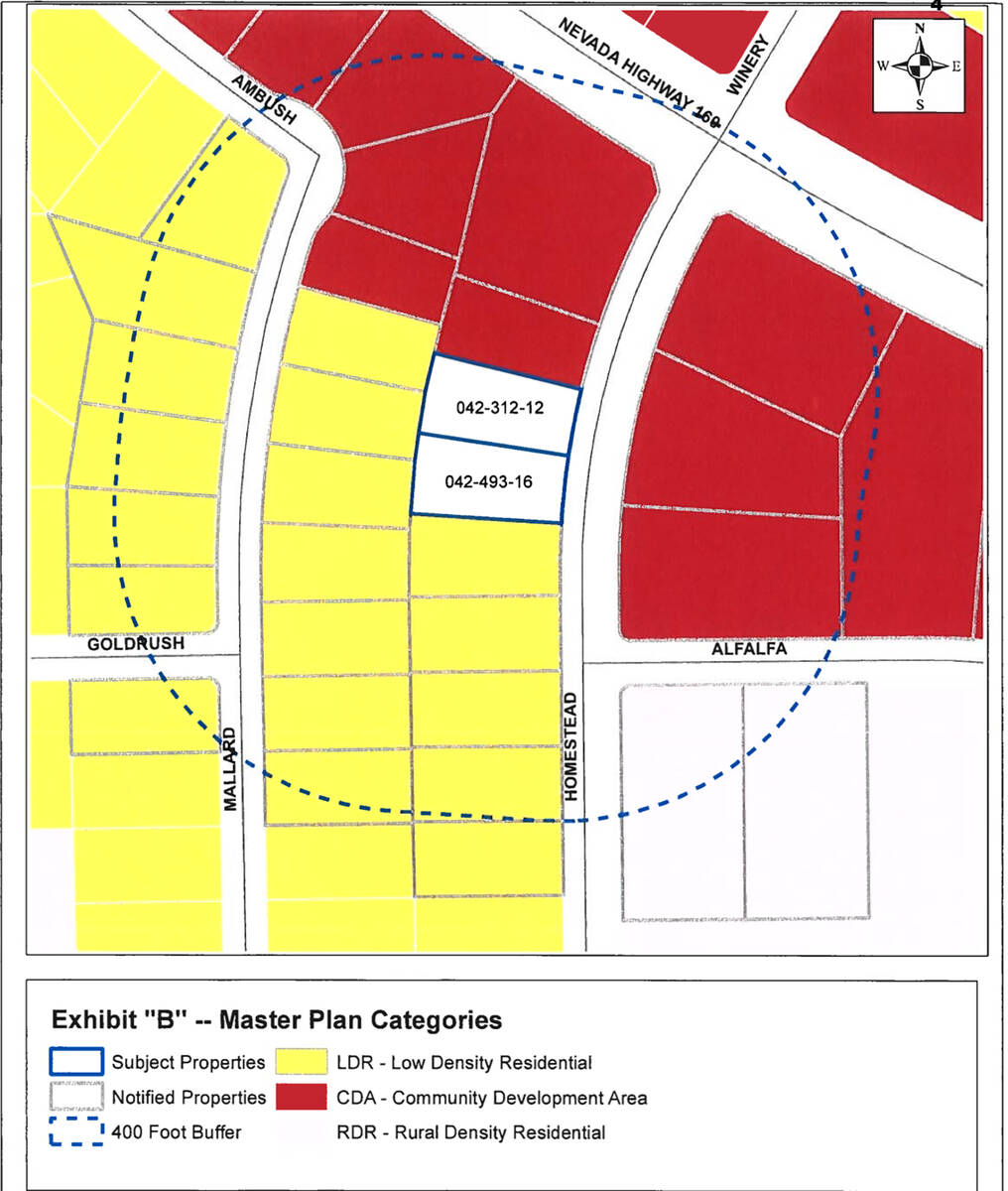 Special to the Pahrump Valley Times This picture shows the location at which Nevada Organic Remedies will build its local marijuana dispensary.

According to Nevada law, Nye County is permitted to have a total of two marijuana dispensaries located within its communities but for the past five years, the Grove has been the only place to go for those looking to purchase pot in the county. That is all about to change, however, with Nevada Organic Remedies readying itself to bring the second marijuana retail shop to the county within the next four to five months.

Nevada Organic Remedies originally secured a Special Use Permit, or SUP, to allow for its proposed dispensary in August of 2019 but circumstances had stood in the way of the company making any progress on its project, resulting in the need for an extension of time on its SUP. That extension was approved by the Nye County Commission late last year but once again, the company found itself struggling to push forward and it was before the commission once again on August 17, requesting a second, and final, extension of time.

Joe Brezny of Nevada Organic Remedies attended the board’s August 17 meeting to provide an overview of where the company was at with its project, noting that it will be working hard to meet its goal of opening in early 2022, or else it will not be able to open the Pahrump dispensary at all.

“This is an extension of our SUP, it’ll be our final one that takes us through the construction period up to the state deadline. So we have to be finished and open by the end of this one (extension), or there’s no state license,” Brezny told commissioners that morning.

The deadline for Nevada Organic Remedies to have its Pahrump marijuana dispensary up and operating is Feb. 5, 2022 but Brezny noted that the company is in fact aiming for an earlier date. At the time, the company said it was eyeing a 20-24 week timeline for completion of its project, which means that the new pot shop could be open as soon as the first week of January, 2022.

In a letter to the Nye County Planning Department, Nevada Organic Remedies Chief Commercial Officer Brandon Wiegand explained the circumstances that led to the need to request its first extension of time as well as its second extension.

“NOR (Nevada Organic Remedies) was unable to act during the original SUP time frame due to an ongoing legal matter against the state of Nevada that was resolved in September 2020 and requested a six-month extension, which was granted on Dec. 15, 2020,” the letter reads. “Unfortunately, NOR’s plans have again been delayed, this time due to the skyrocketing costs of building materials as well as supply chain issues many industries are currently facing.”

The letter goes on to state that Nevada Organic Remedies has raised additional capital to cover the higher costs of construction materials and, “…has every intention of completing this project as soon as possible,” further noting, “NOR’s interest and excitement in opening has not waned and it expects the dispensary to contribute significant tax revenue and well-paying jobs to Nye County.”

Nevada Organic Remedies is no stranger to the marijuana industry, either, owning and operating a variety of marijuana establishments in the state, including the well-known The+Source dispensaries in Las Vegas, Henderson, North Las Vegas and Reno.

As detailed in the backup information provided with the agenda item, the properties on which the Pahrump dispensary will be built, APN numbers 042-312-12 and 042-493-16, are currently owned by Homestead Road Pahrump LLC and are to be leased to Nevada Organic Remedies. The two APNs total just under one acre of land, which at this time is undeveloped. A site development plan has been submitted to Nye County and is currently in the review process.

The dispensary is set to be constructed at 2370 and 2380 Homestead Road, just south of the intersection of Homestead Road and Highway 160.

The request for a six-month extension of time on its SUP passed with all five commissioners in favor.