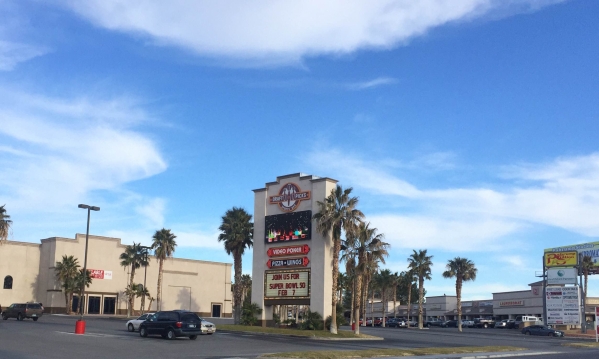 Over the weekend, Pahrump residents can expect to see an increase in normal law enforcement presence.

The Nevada Highway Patrol has joined forces with the Nye County Sheriff’s Office and other law enforcement agencies statewide to crack down on impaired driving, which has seen up to three times the usual law enforcement presence on the road since the initiative began on Jan. 22.

“If you’ll be drinking, designate a sober driver and if you drive impaired, you will be arrested,” NHP said in a release.

NHP cautions that what seems like a small buzz can have deadly consequences when getting behind the wheel.

Illegal drugs, prescription drugs, over’the’counter medicines and lack of sleep can also impair your ability to drive safely. Law enforcement wants to remind motorists to always drive and ride sober or use a designated driver if you do drink alcohol, to ensure you arrive at your destination safely.

“The additional patrols will focus on identifying drug and alcohol-impaired drivers and removing them from our Nye County roadways prior to them causing motor vehicle accidents,” the sheriff’s office said in a statement. “Sheriff (Sharon) Wehrly and the Nye County Sheriff’s Office staff are committed to reducing the number of DUI incidents and alcohol-related traffic collisions in Nye County and this event is one of the methods we are using to reach that goal.”

NHP said following these guidelines can increase the chance that the “Zero Fatality” goal is reached:

Designate a sober driver before drinking;

Use a taxi, call a sober friend or family member or use public transportation if impaired;

Call 911 if a drunk driver is spotted on the road;

Take the keys or assist in making other arrangements for someone who is about to drive or ride while impaired.

The Joining Forces enforcement is paid for by Nevada Department of Public Safety, Office of Traffic Safety.