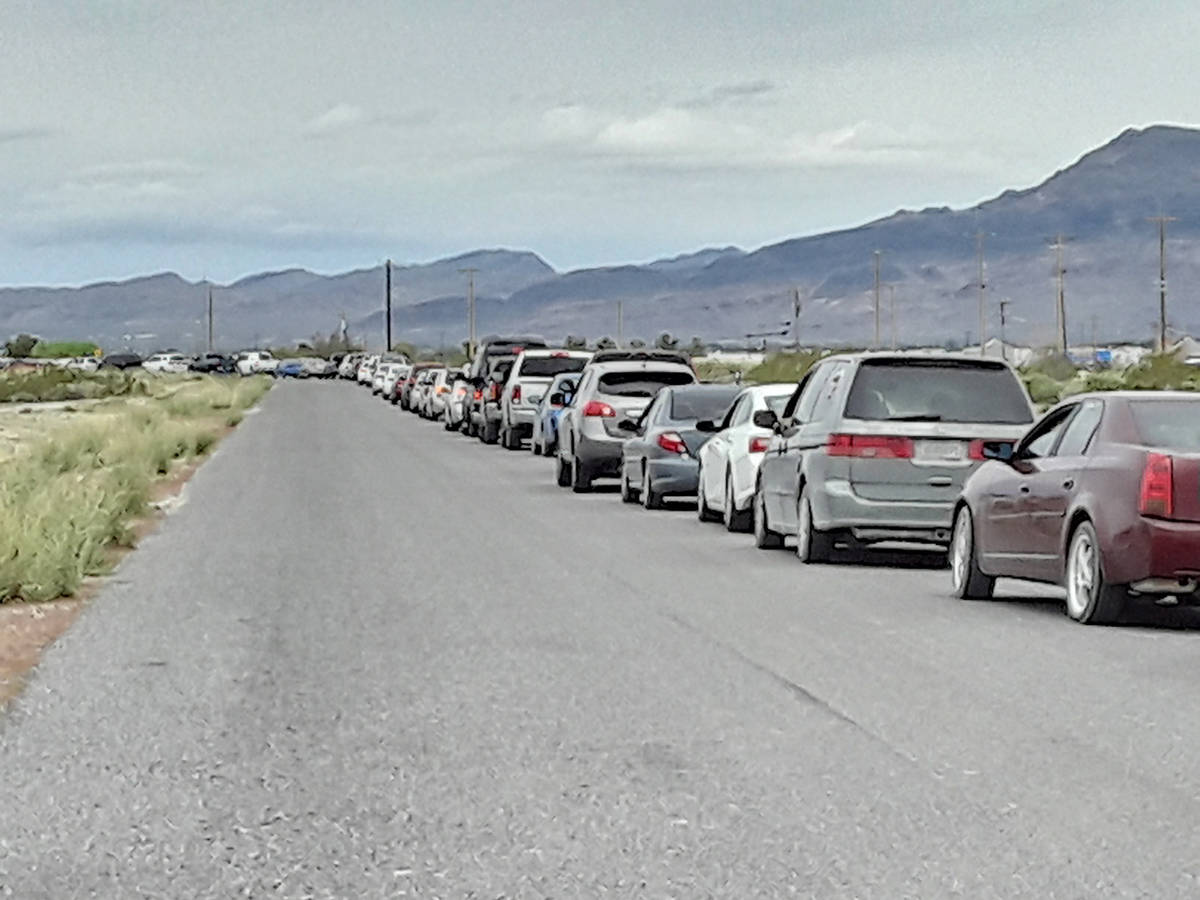 Selwyn Harris/Pahrump Valley Times Vehicles lined up from Raindance Drive off of Highway 372, for food distribution at the New Hope Fellowship along West Street in April. The distribution was organized by Three Square Food Bank in Las Vegas.

Food Bank of Northern Nevada plans to distribute 345,000 pounds of produce throughout its service area, which includes more than 145 partner agencies in a 90,000-square-mile area across Northern Nevada.

“We are excited to help get these resources to those who need it right here in our service area,” said Nicole Lamboley, president and CEO of FBNN. “So many families are struggling right now, and fresh food is at a real premium.”

In Southern Nevada, Three Square will be responsible for distributing up to 1.76 million pounds of food each month, including produce, dairy products, meat and eggs, to Clark, Lincoln, Nye and Esmeralda counties, giving Southern Nevada’s largest food bank the potential to double its distribution.

“Food insecurity was a very real problem in Southern Nevada before the pandemic and is now at an all-time high due to the shutdown and rising unemployment rates,” said Larry Scott, chief operating officer at Three Square Food Bank. “Since implementing our emergency response plan in mid-March, Three Square’s weekly food distribution went from 1 million pounds to 1.3 million pounds, the equivalent of 250,000 meals per week.

“Thanks to this program and the incredible support from the Nevada Department of Agriculture, Three Square can continue to provide nourishing food, life’s most basic essential, to community members in need during this difficult time.”

“We are so pleased to work with partners like Three Square and the Food Bank of Northern Nevada on programs like this that help Nevada’s families and farmers,” NDA Director Jennifer Ott said.