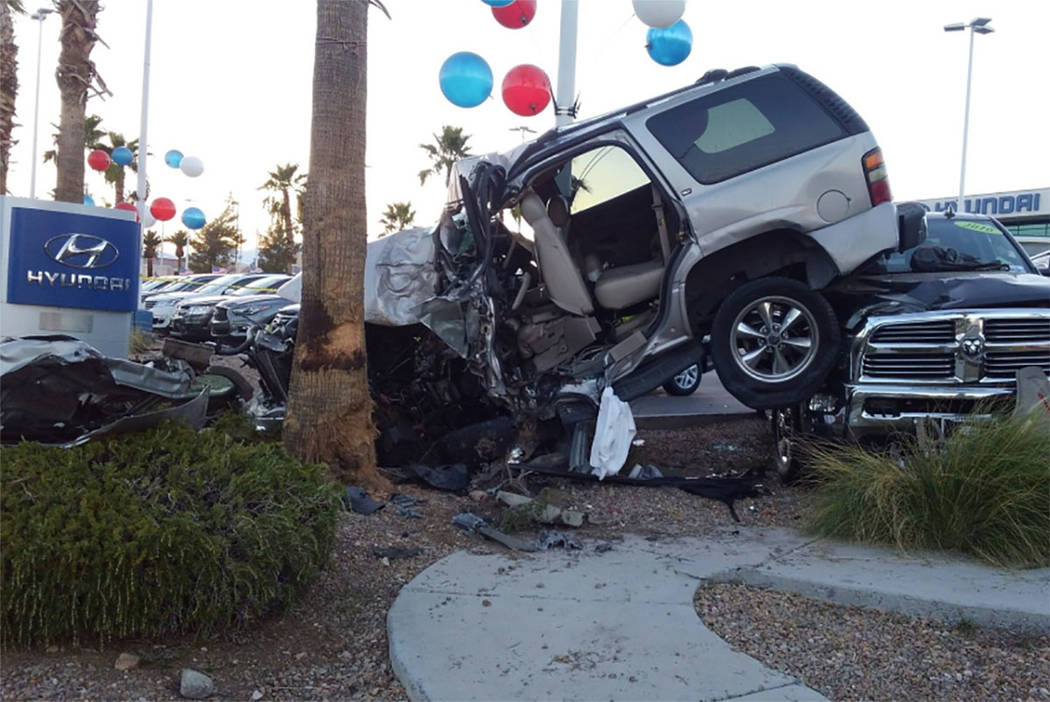 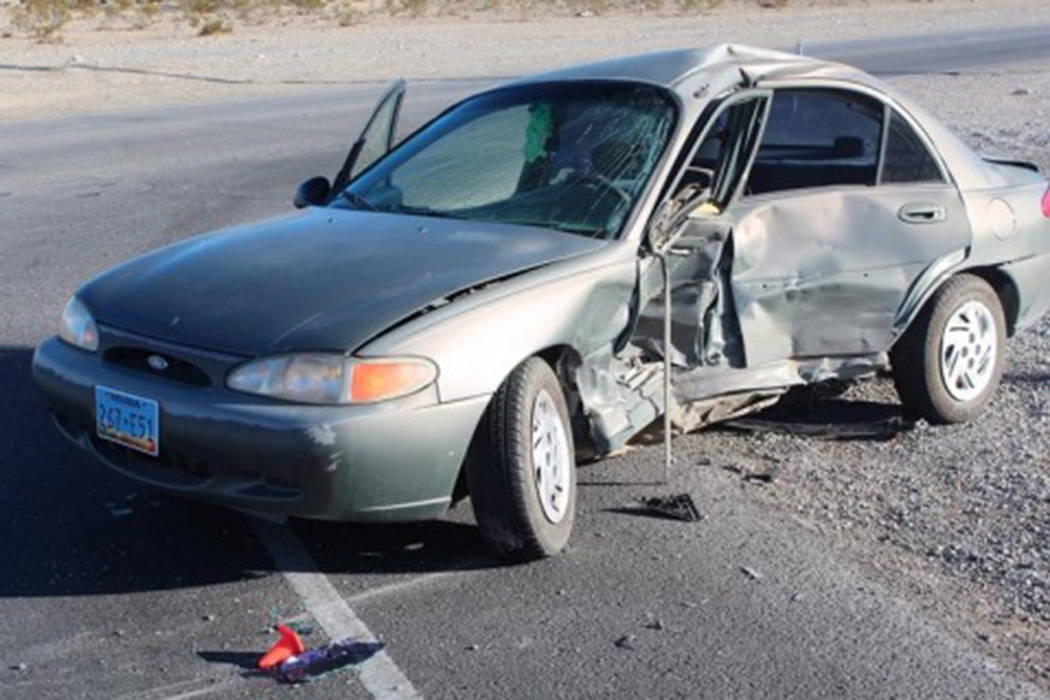 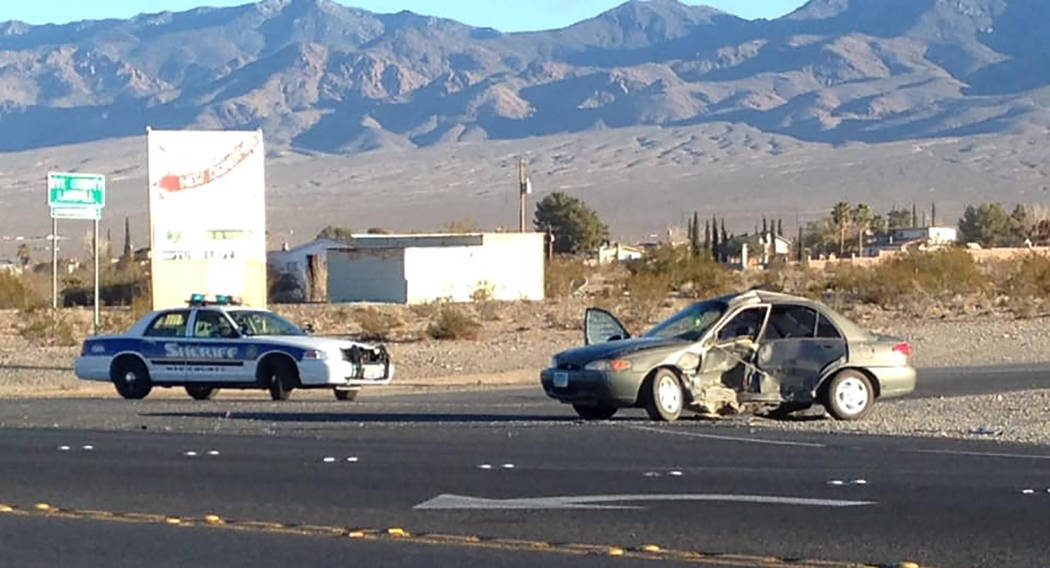 Special to the Pahrump Valley Times The driver of a Ford sedan died after failing to yield the right of way to a vehicle traveling southbound on Highway 160 at Mesquite Avenue on Dec. 27

Last year was the deadliest year for motorists on Nevada roads in the last decade.

There were 331 road fatalities in 2018, up 6.4 percent over 2017’s 311 deaths, according to preliminary data from the state Department of Public Safety.

That was the largest fatality count in the last 10 years, according to Andrew Bennett, Department of Public Safety spokesperson.

The fatalities occurred in 301 crashes, up from the 292 that involved at least one fatality in 2017.

Of the statewide total, 226 of those occurred in Clark County, up from 208 year over year, the data revealed.

“Whether folks want to or not, it’s currently a secondary law in Nevada,” Bennett said, referring to the fact that officers only cite drivers for not wearing seat belts if they are stopped for another infraction. “Making it a primary law is something we’ve been pushing for a while now. I don’t want to point specifically to Nevada not having it as a primary law, but I do believe it is a factor.”

August was the deadliest month of 2018, seeing 37 fatalities while April had the lowest monthly toll with 18 deaths.

Meanwhile, pedestrian deaths saw an 18 percent decrease in Nevada, dropping from 98 in 2017 to 80 last year. That was the first statewide decline in nine years.

“Even though 80 is 80 too many, we are encouraged we dropped almost 20 percent year over year,” Bennett said.

Bennett said the state’s five “Es” approach to traffic safety — education, enforcement, engineering, emergency medical services and working with everybody — is paying off with the pedestrian fatality dip.

“The decrease in pedestrian fatalities can be attributed to that plan working,” he said. “The Nevada Department of Transportation and all the jurisdictions have done incredible pedestrian safety improvements. We’re doing some real innovative classes with folks that get jaywalking tickets in the judicial process.”

Bicyclist deaths also declined, falling from nine in 2017 to eight in 2018.

Along with the 2018 fatality data, the Public Safety Department released new numbers revealing substance-involved fatal crashes from 2017, the first year substances other than alcohol were tracked.

In Clark County 120 of the 195 fatal crashes that year were attributed to the driver at fault being impaired. Sixty fatal crashes were blamed on the driver being under the influence of multiple substances — 32 just alcohol, 22 only marijuana and six involving another substance.