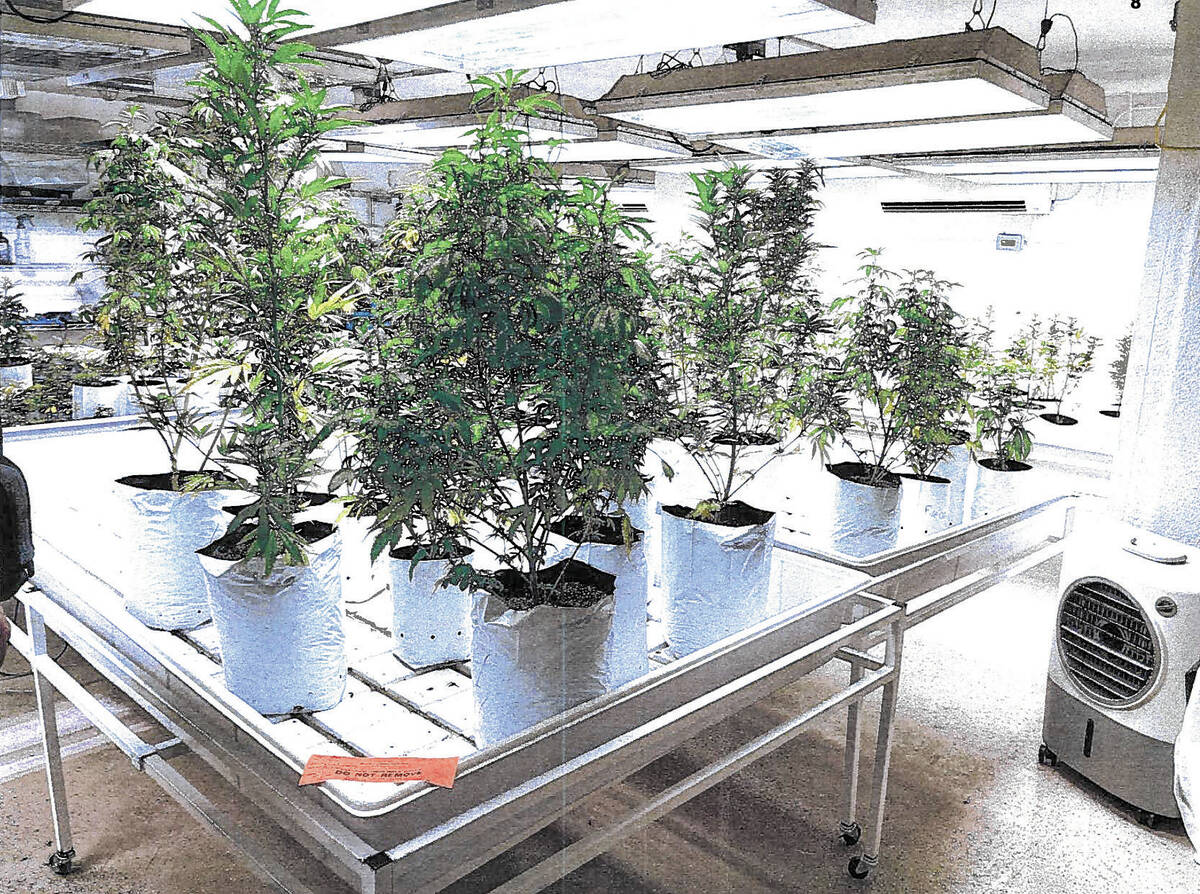 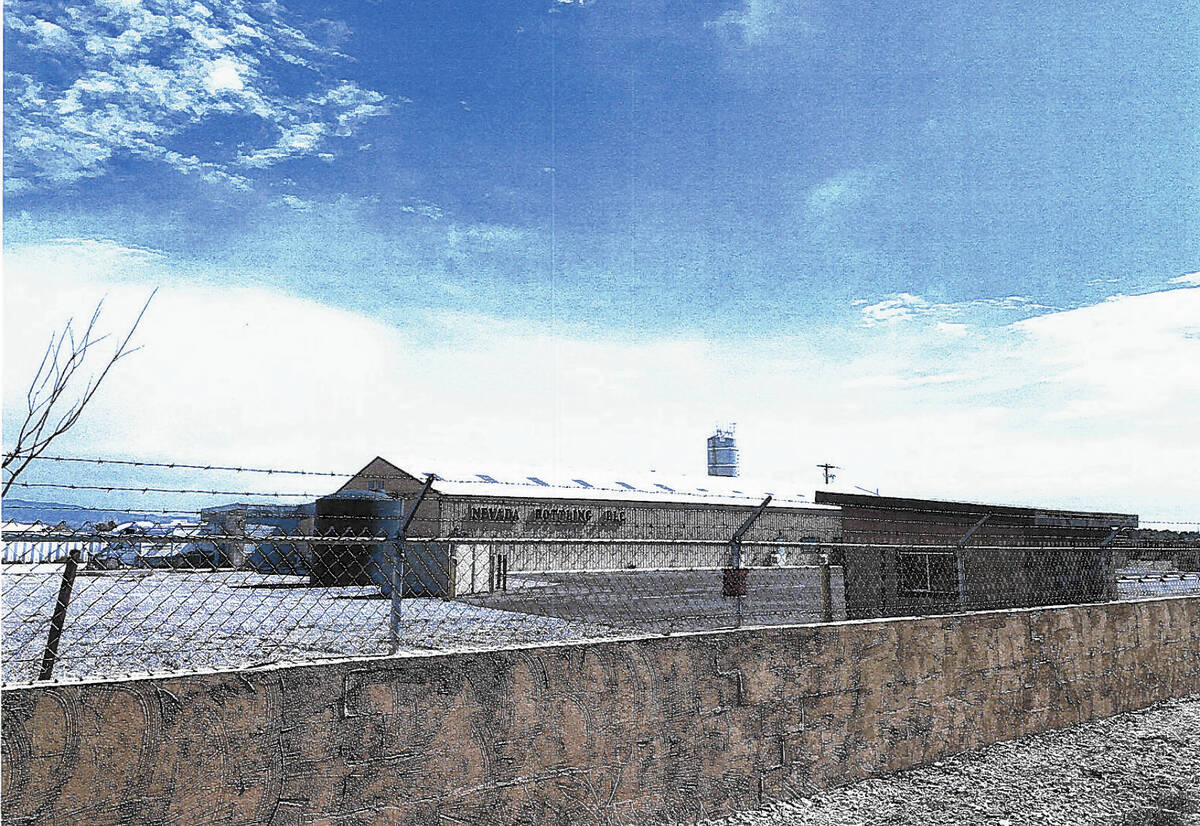 In August 2021, Nevada’s Cannabis Compliance Board issued a cease-and-desist order to Green Cross of America Inc. and suspended the cultivation facility’s license after finding it was illegally growing about 400 marijuana plants at a former bottling plant at 5101 Oakridge Ave. in Pahrump. (Nye County Commission/Special to Pahrump Valley Times)

A Pahrump cannabis cultivator that has operated illegally since September 2019 faces permanent closure after Nye County commissioners on Tuesday revoked its special-use permit and told company representatives to come back when they had a plan to operate here reputably.

“At this juncture, it’s like drawing a line in the sand,” Commissioner Leo Blundo told representatives for Green Cross of America Inc., which had housed cultivating operations at a 20,000-square-foot former bottling plant in Pahrump before the facility was raided by cannabis compliance agents about six months ago.

Green Cross is accused of violating a number of state and local cannabis regulations.

Kevin Singer, a court-appointed receiver who was vested last month to make business decisions for the troubled company, said he needed at least two weeks to sort out a number of regulatory violations and bring it into compliance.

“The plan is to get out there and inspect the facility within the next day or two” and have a plan filed with the commission within 10 to 15 days, Singer told commissioners on Tuesday at a public hearing that could determine the fate of the business. “The bad characters will not be involved and they have no decision-making authority at this point.”

It’s unclear if Green Cross will try to reopen its cultivating operations under a new license and ownership, sell its interests in Pahrump or permanently shut down its operations here.

In August 2021, Nevada’s Cannabis Compliance Board raided the Green Cross facility at 5101 Oakridge Ave. and temporarily suspended operations there after finding it was illegally growing about 400 marijuana plants.

“The Cannabis [Compliance] Board ordered them to destroy all of the plants,” said Brett Waggoner, director of planning for Nye County Planning Department, who accompanied CCB agents during the raid.

“They were given many opportunities to make those corrections,” Waggoner said.

But as of Tuesday, the business still was not in compliance.

While cannabis was broadly legalized in Nevada in January 2017, the industry remains highly regulated. Operating a legal cannabis operation in Nevada can be costly.

Green Cross officials told the Pahrump Valley Times in September 2016 they had spent $1.4 million on getting all of the necessary permits, building the infrastructure and remodeling the former bottling plant to accommodate the cannabis operation.

A license to cultivate cannabis in Nevada typically costs $30,000, but must be renewed annually. Renewal costs are $10,000, according to the Nevada Department of Taxation.

Green Cross owes back taxes in the amount of $2,937 to Nye County for the past three years, according to the Nye County Assessor’s Office.