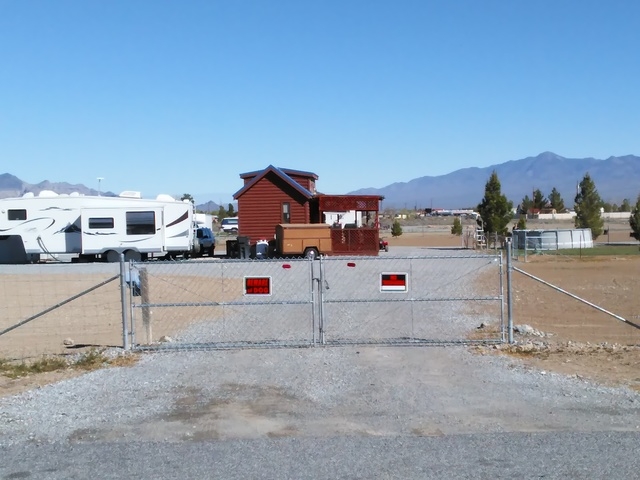 Nye County Sheriff’s deputies responded to a home along the 1400 block of Linda Street on Wednesday morning after a resident called to report an attempted kidnapping.

“He was waving at her and came by four different times,” Horner said. “He drove to the end of the block, turned around, and came back real slowly, but he never stopped.”

Horner said the car had extensive damage to the rear and the driver’s side window, thus he could not get an accurate description of the man.

He noted that the driver made his exit on Linda Street toward Chipmunk Road,where he made a left turn on Bunch Street and proceeded eastbound on Highway 372.

“I didn’t get a good look at the driver because the window was covered in plastic and it looked like the car had been in more than one wreck, so it shouldn’t be hard to spot, but it looked like a faded 1980’s black Hyundai. The fellow that works for me said he believes he has seen the car around town and just recently at Smith’s. It’s unusual that a car would come by four different times and wave at my daughter, who is four years old, and that’s why I called 911. It seems nowadays that you can’t protect your kids enough.”

Horner said he was alerted to the vehicle after his large dogs started barking as the man was slowly driving by the house.

“It was very disturbing,” he said. “I have never seen that car in the neighborhood before.”

Anyone with information on the suspect vehicle is urged to call the Nye County Sheriff’s Office at 775 751-7000.