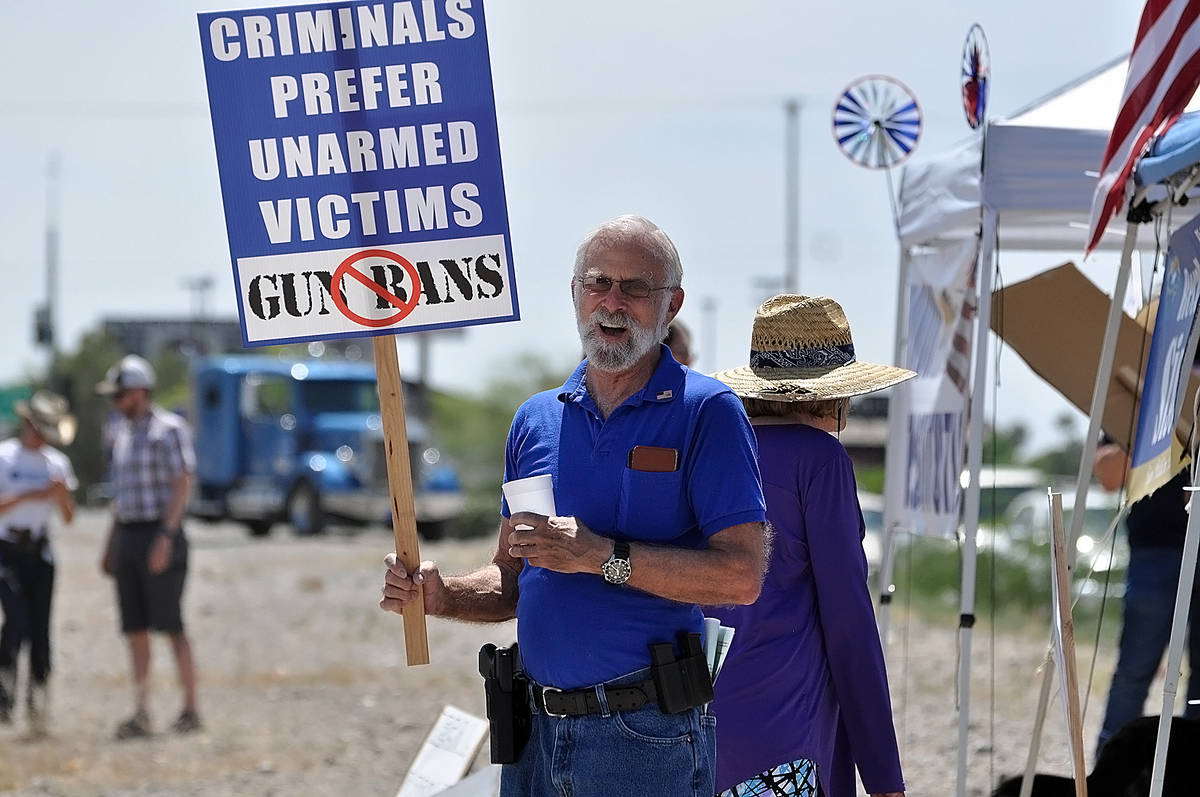 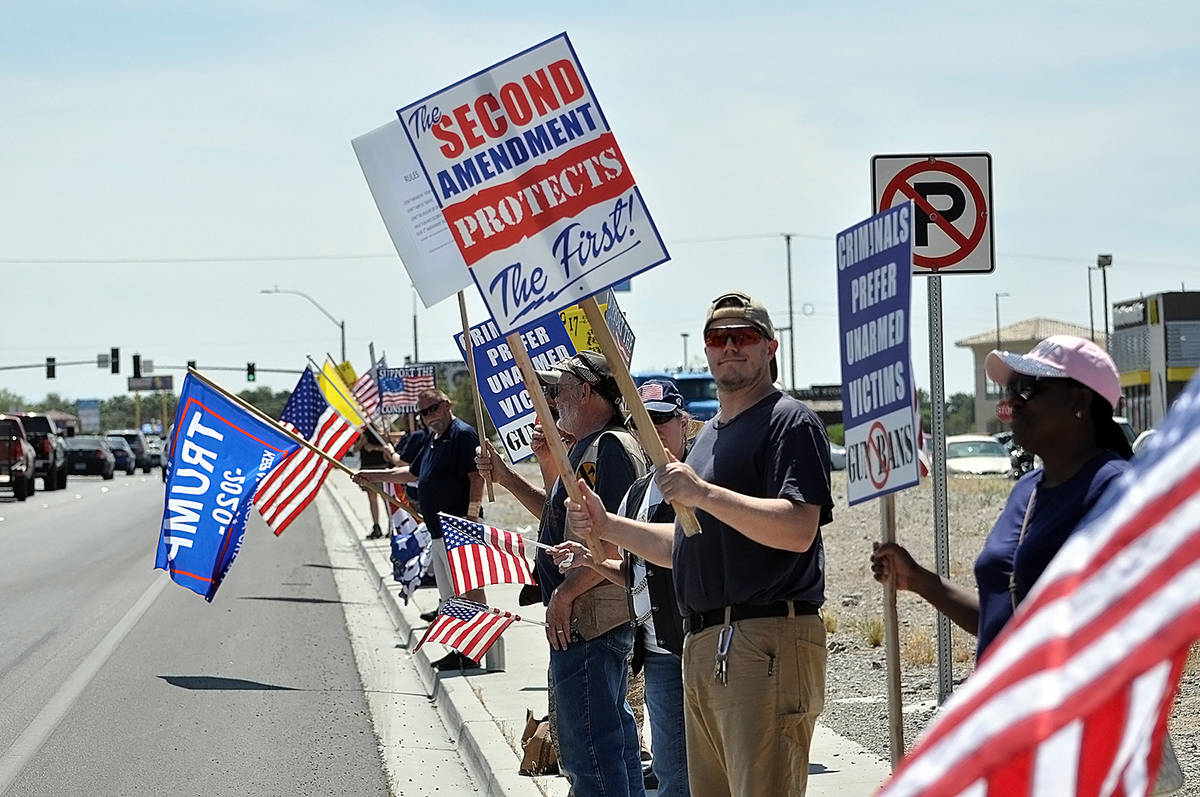 Horace Langford Jr./Pahrump Valley Times Fight For Nevada hosted a second rally in Pahrump on May 9, with residents gathering to protest against continued COVID-19 restrictions and any other actions they feel infringe upon their personal rights and liberties. 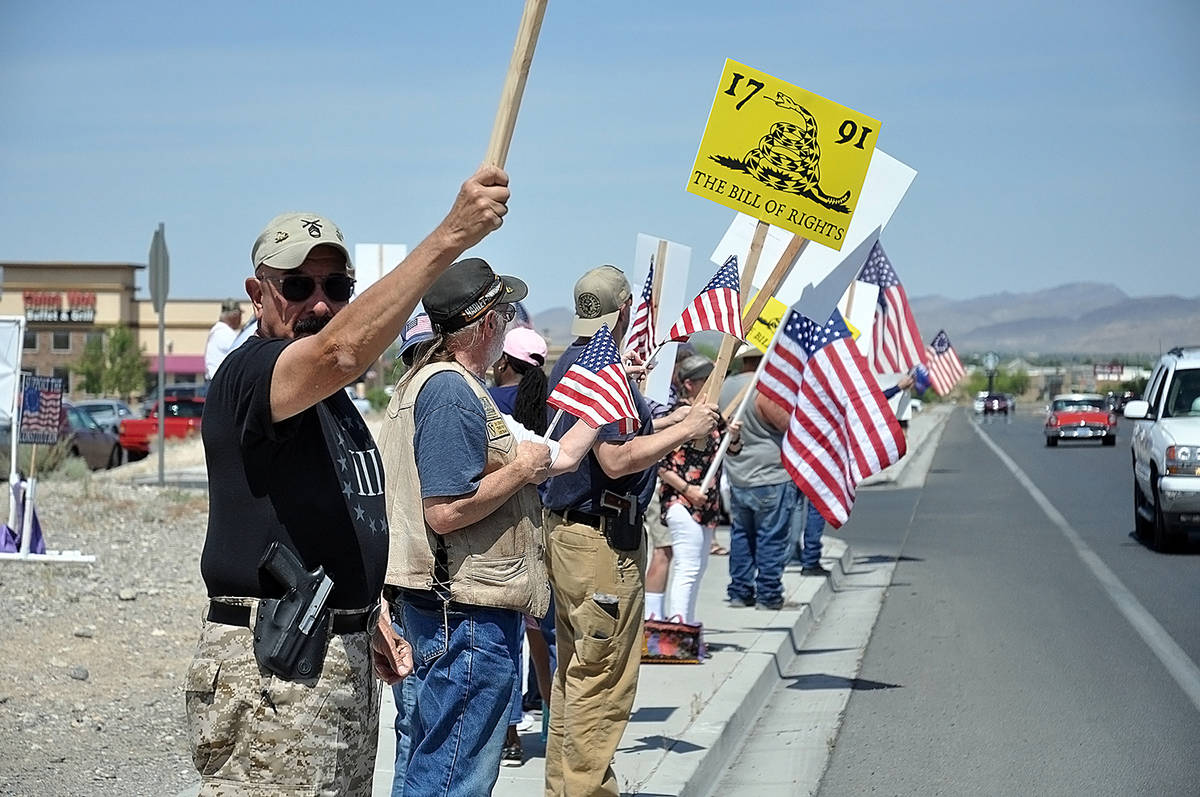 Horace Langford Jr./Pahrump Valley Times American flags and a variety of signs were hoisted into the air by attendees of Fight For Nevada's Reopen Nevada Freedom March. 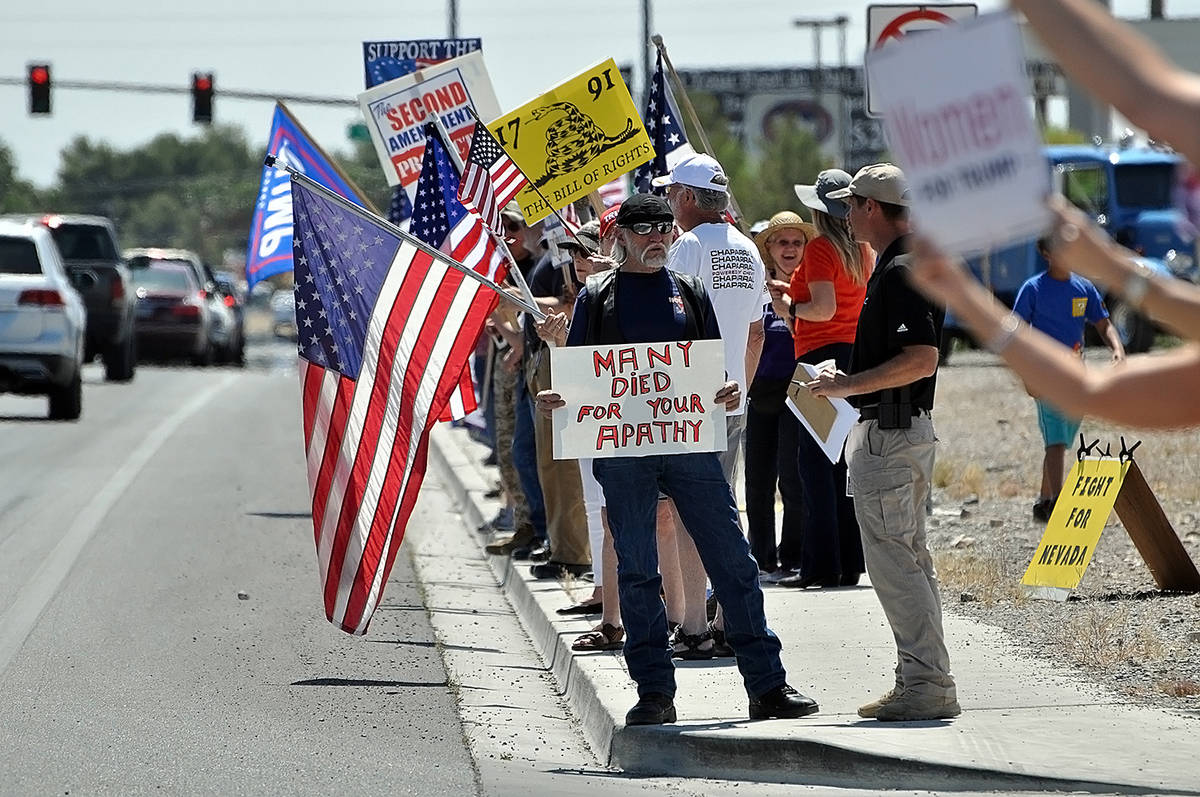 Horace Langford Jr./Pahrump Valley Times All sorts of people turned out for the latest Fight For Nevada rally, women and men, old and young and all manner of people in between. 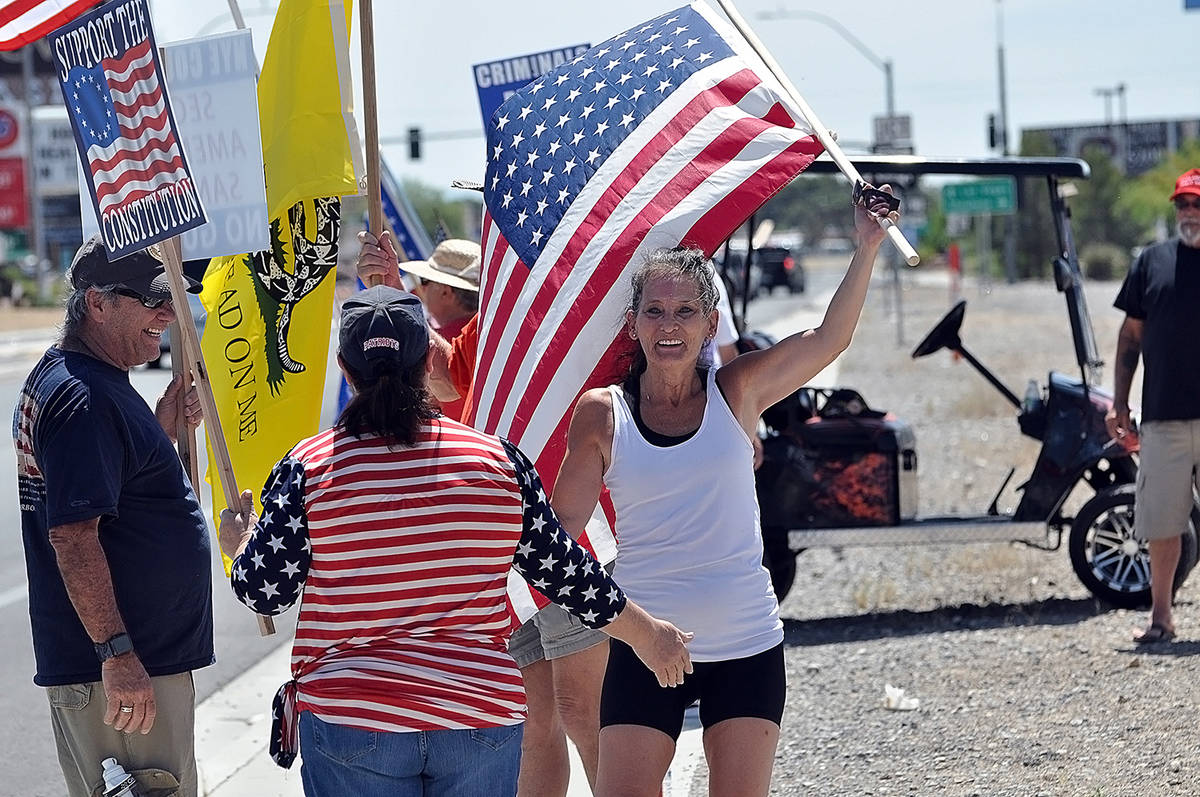 Horace Langford Jr./Pahrump Valley Times Enthusiasm was obviously at a peak during the Reopen Nevada Freedom March, held May 9 in Pahrump.

Rally attendees lined the sidewalk on Highway 160 in the heart of Pahrump on Saturday, May 9, hoisting their signs and flags into the air in an enthusiastic display, waving to vehicles as they passed by and reveling in like-minded company.

“The rally on Saturday was very successful. So many people showed up to support us, drivers honked as they drove by and it was great to have all the speakers, signs and flags,” Fight For Nevada Nye County Leader Savannah Zimmerman detailed following the Freedom March. “We had about 75 to 100 people at our highest point.”

Fight For Nevada is also in the midst of a lawsuit aimed at securing the group additional time for collecting the signatures needed to make their recall effort successful.

The group initially filed its letter of intent to recall with the secretary of state in mid-February, triggering a 90-day-period for signature gathering, the deadline for which was yesterday, May 14.

However, with the governor’s emergency directives regarding COVID-19, obtaining signatures to meet the more than 249,000 required has become “impossible” according to the lawsuit, prompting the organization to sue Nevada Secretary of State Barbara Cegavske for an extension of time that is equal to the amount of time the governor’s state of emergency directive is in place.

“The injunction has been presented in Federal Court,” Fight For Nevada representative Barney Wadley told the Pahrump Valley Times on May 13. “We have no idea when the judge is going to rule on the injunction, hopefully soon.”

As for an estimate of the overall number of signatures collected statewide, Wadley stated, “Petitions are being collected to turn into the county clerks tomorrow. We have no idea yet how many we have statewide. We will have to wait for all 17 county clerks to do a ‘raw count’ and turn that into the secretary of state.”

For more information on the recall effort visit www.fightfornevada.com