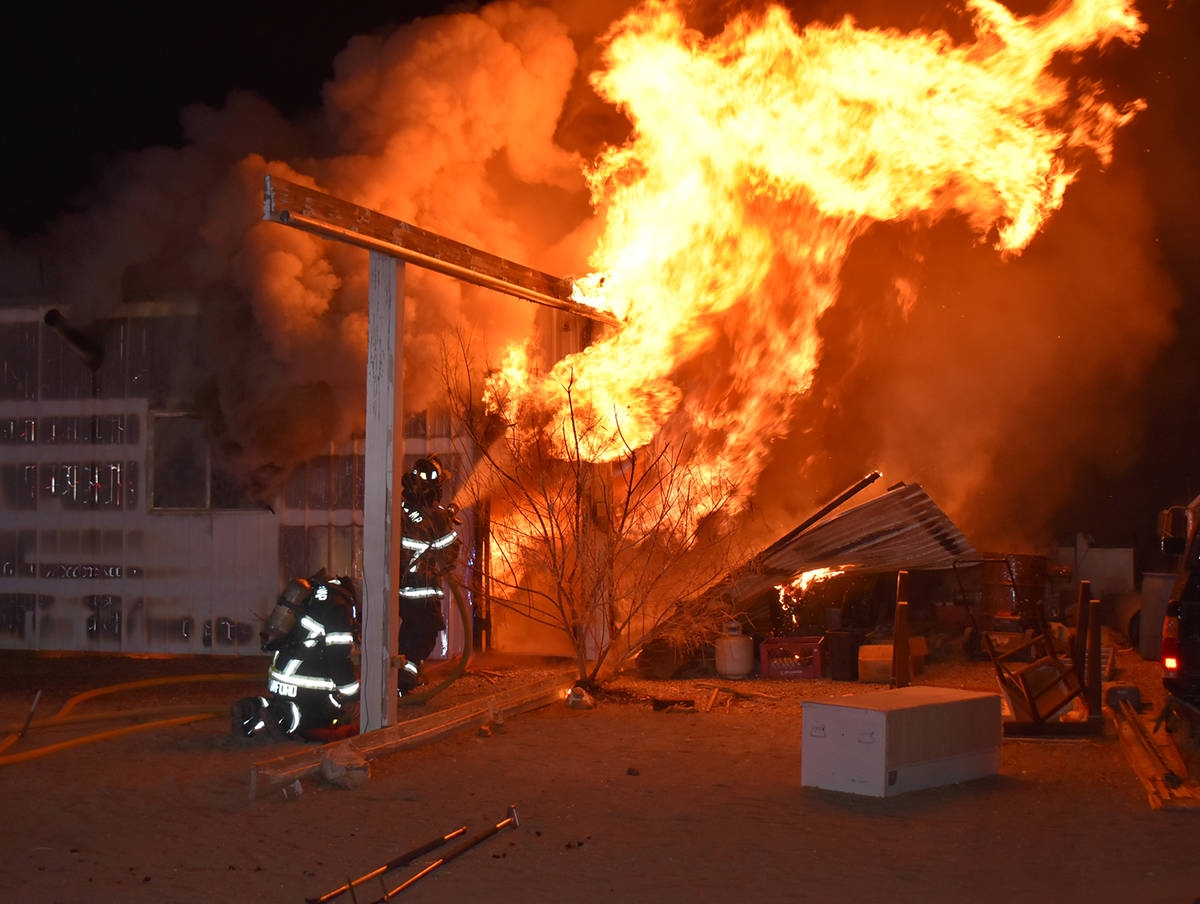 Special to the Pahrump Valley Times No injuries were reported following a structure fire on South Sutton Drive just after 1:30 a.m. on Tuesday, Feb. 23rd. Though the cause of the fire was deemed "not suspicious" in nature, the state fire marshal is assisting with the investigation.

“As crews arrived on location, they found a detached accessory outbuilding used as a storage garage,” he said. “It was well involved, it had several immediate exposures, including vehicles placed around, as well as an overabundance of personal property. This fire occurred in a no-hydrant area, so we had to bring the water in with us, where our tenders and our crews made quick suppression.”

Lewis went on to say that crews put multiple hand lines in service and placed the fire under control about a half-hour after arrival.

“We found that the building was unoccupied at the time, and the occupant of the primary dwelling indicated that everyone was safe and there were no animals involved,” he noted. “The cause of the fire is not suspicious in nature, but we believe it to be accidental, however, the deputy state fire marshal came out the next morning and is investigating it with us as well.”