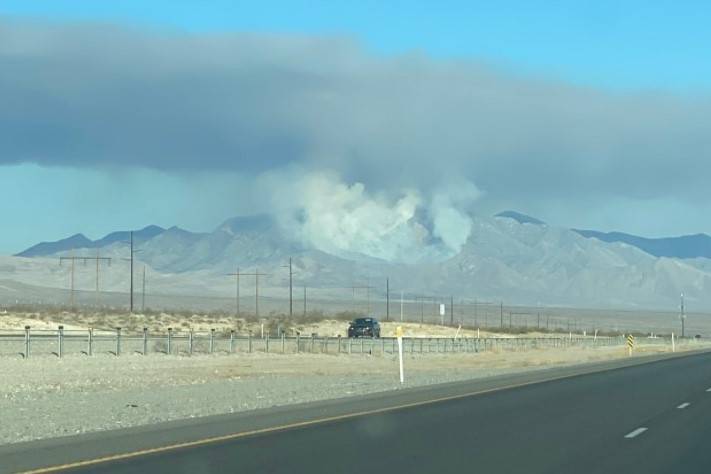 A plume of smoke rises from the Mount Potosi area. (Nye County via Twitter) 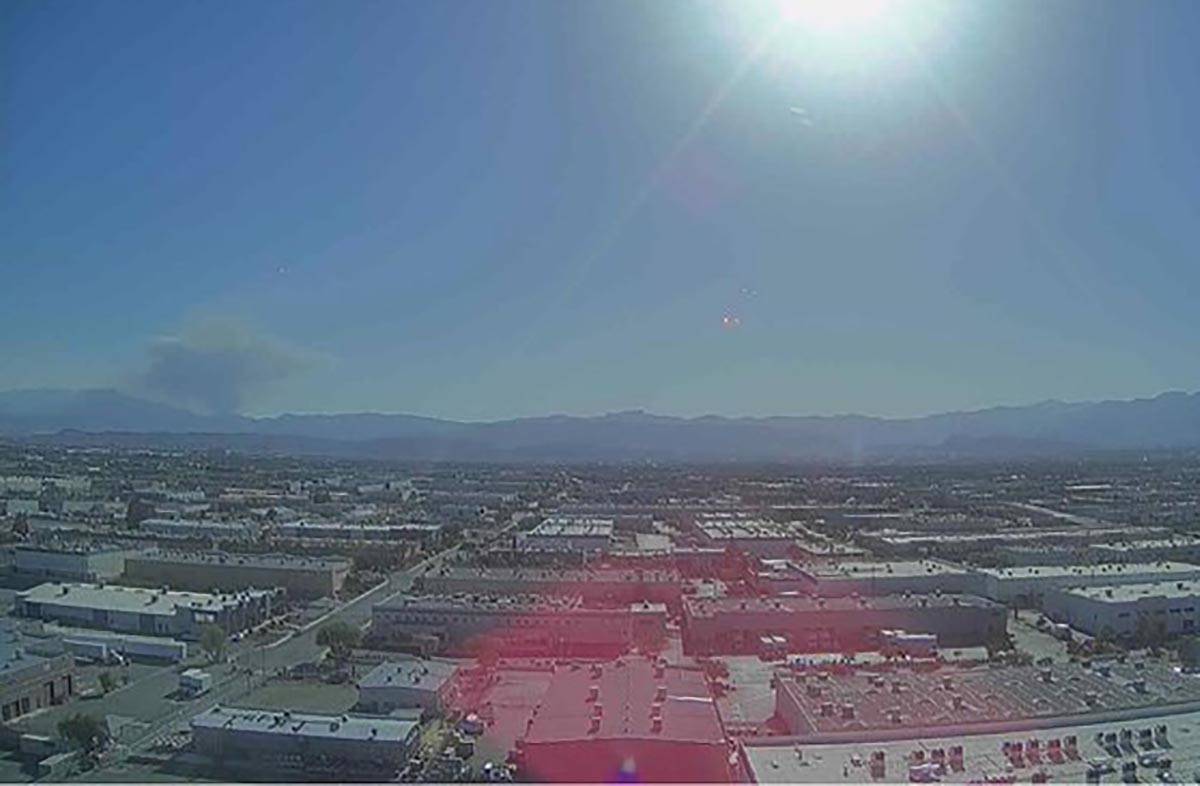 A plume of smoke rises from the Mount Potosi area as seen from a camera above Allegiant Stadium on Thursday, June 10, 2021. (National Weather Service)

A fire on Potosi Mountain about 20 miles west of Las Vegas had burned about 1,500 acres as of early Friday.

Clark County and Mountain Springs fire departments were called around 1 p.m. to the fire burning near state Route 160 and Sandy Valley Road, according to a statement from the Clark County Fire Department.

By 11 p.m., the National Interagency Coordination Center reported the fire had grown to 1,500 acres.

A tweet from Nye County showed the fire burning on the side of Potosi Mountain.

Nearby campers were evacuated from the area, but firefighters said no structures were in danger.

The Bureau of Land Management said in a tweet that the fire was human caused.

Last July, a lightning-caused wildfire in the area of Potosi Mountain burned thousands of acres.

In 2017, another blaze burned hundreds of acres in the same area.