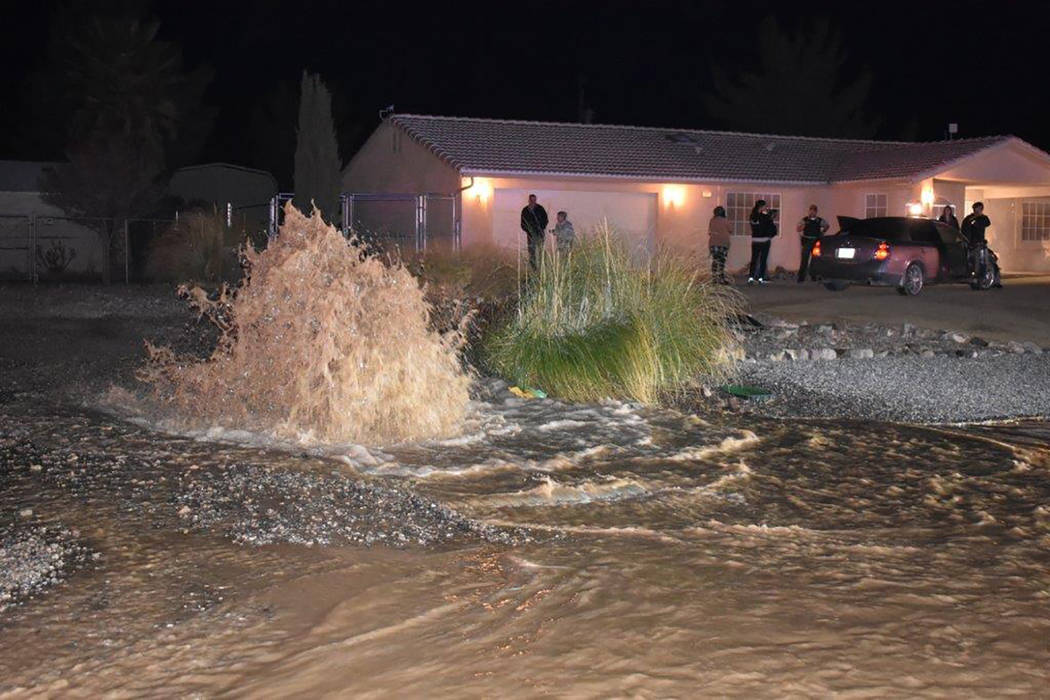 Special to the Pahrump Valley Times An estimated 135,000 to 150,000 gallons of water inundated a neighborhood on the 900 block of East Mount Charleston Drive after a car plowed into a fire hydrant on Jan. 13. Though no injuries were reported, residents in the area waited for roughly 90 minutes before water company crews arrived to shut down the deluge. 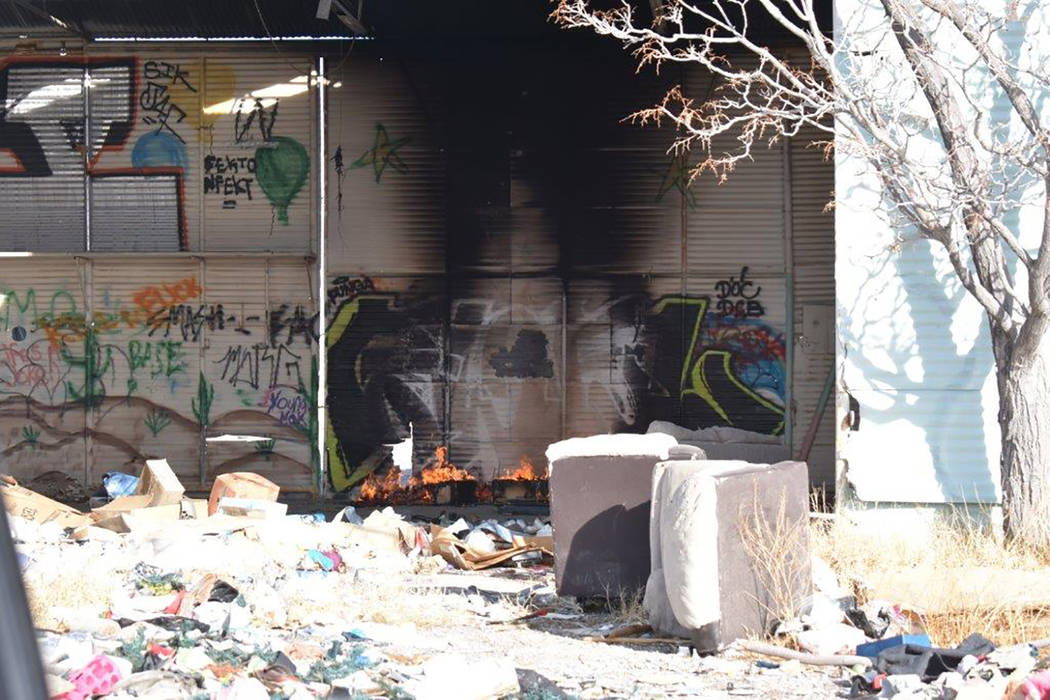 Special to the Pahrump Valley Times An abandoned building fire prompted the response of local fire crews in the area of Pahrump Valley Boulevard at Arrowhead Street for a building fire on the morning of Jan 15. The vacant structure was located behind the Area 51 Fireworks store, where fire crews quickly controlled the blaze with no extensions. The exact cause of the fire remains under investigation. 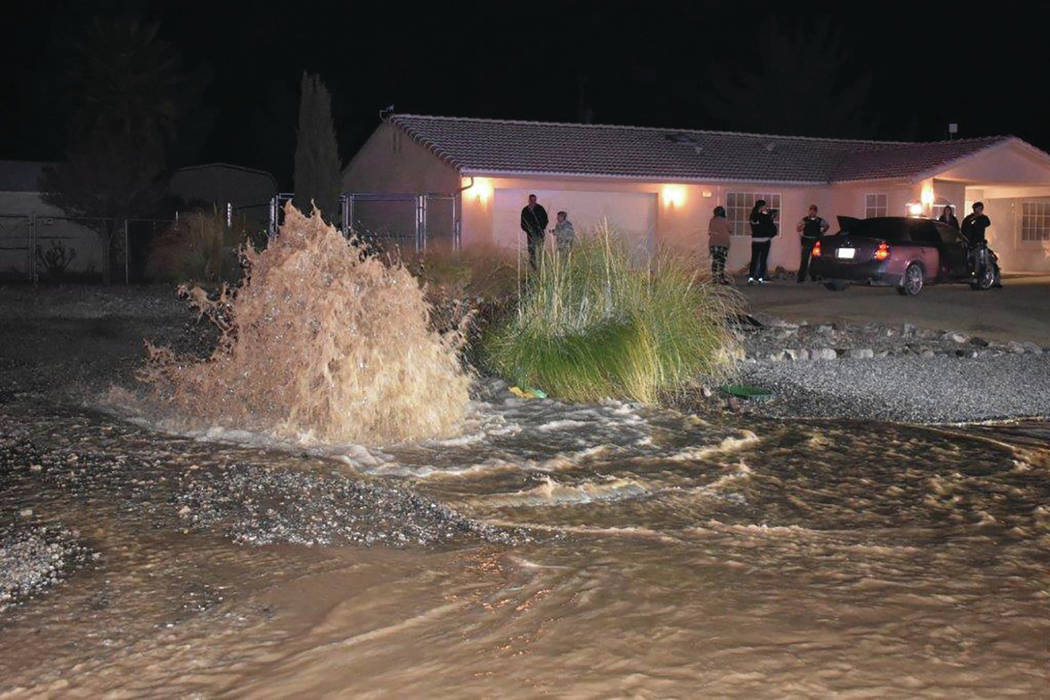 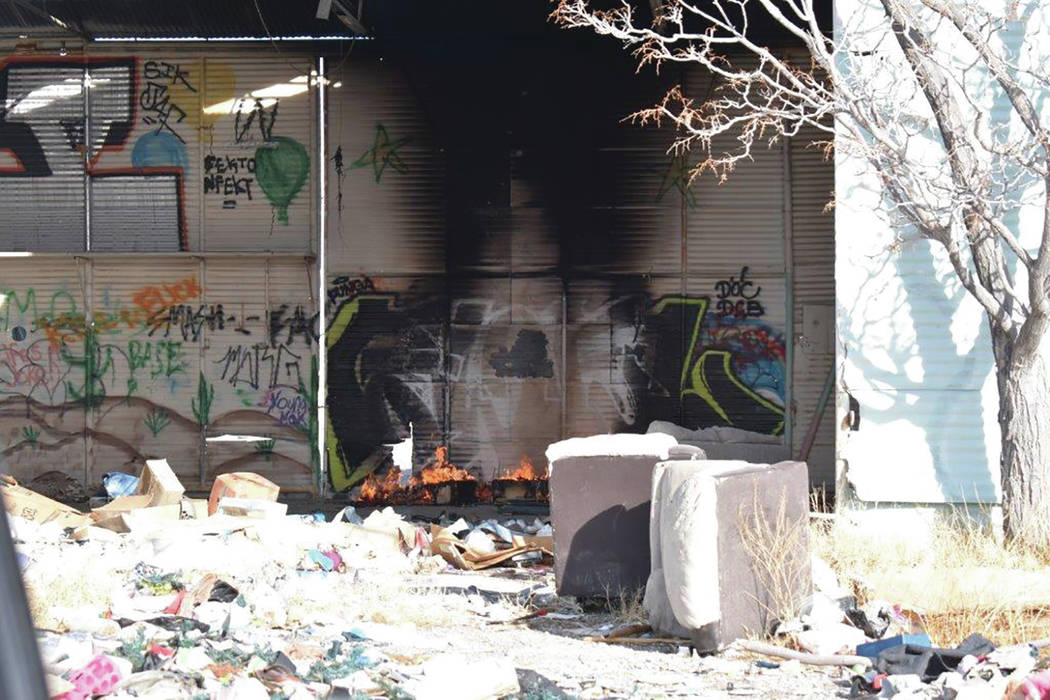 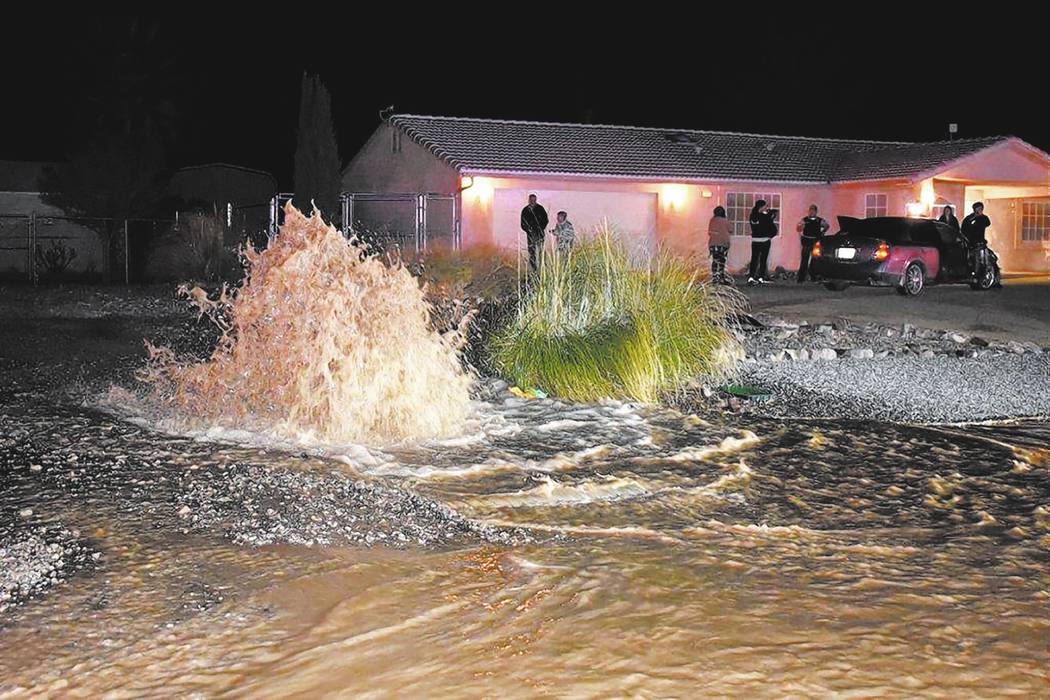 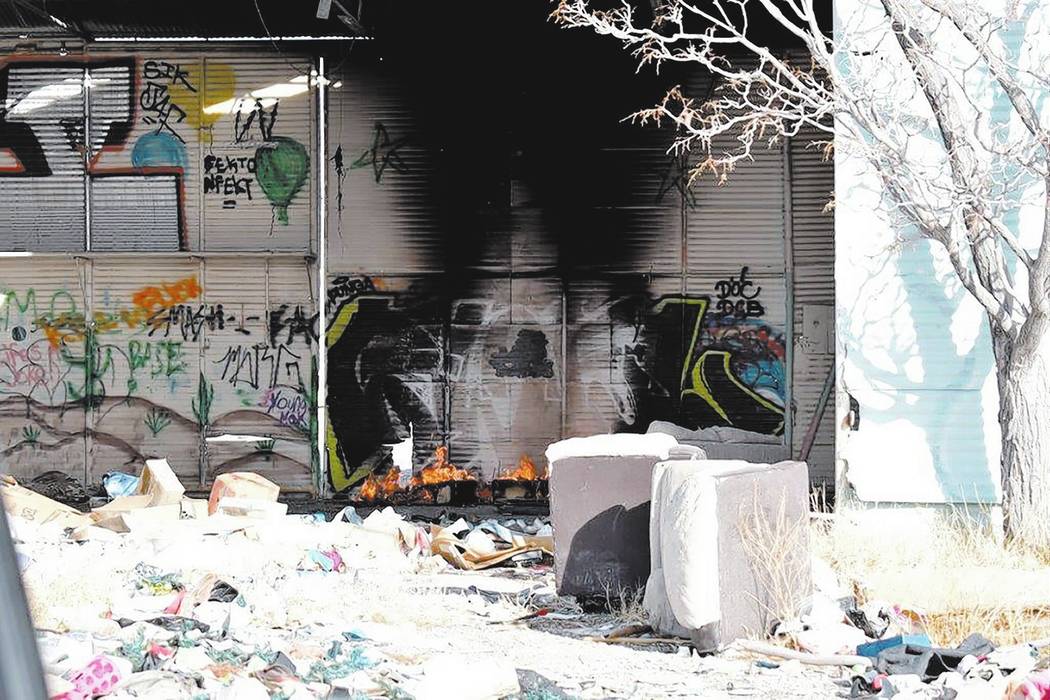 One person was transported to UMC Trauma in Las Vegas, following a single-vehicle rollover crash along Nevada Highway 160 at Blosser Ranch Road on Monday afternoon, Jan. 15.

While there was no entrapment, Pahrump Valley Fire and Rescue Services Chief Scott Lewis said the sole patient had sustained significant injuries in the aftermath of the crash.

“Mercy Air was brought to the scene where a landing zone was established on Highway 160,” Lewis said. “Patient care was transferred to Mercy Air crews and that patient was flown to UMC Trauma in Las Vegas.”

Earlier that day fire crews were dispatched to the area of Pahrump Valley Boulevard at Arrowhead Street for a building fire at approximately 9:38 a.m.

“Upon arrival, crews found an active fire within a vacant structure located behind the Area 51 Fireworks store,” Lewis said. “Crews commenced an interior attack and quickly controlled the fire with no extensions. That fire was deemed intentional in nature and there are no suspects at this time, but that fire remains under investigation.”

“Upon arrival, crews found a kitchen fire within the residence,” Lewis said. “The fire was quickly controlled without further extension, but there was significant damage sustained to the area of the stove and cabinets in the kitchen, as well as surrounding materials. There were no injuries reported and that fire was determined to be accidental in nature.”

Less than an hour later, fire crews were dispatched to another structure fire located on the 1700 block of Pahrump Valley Boulevard.

“Upon arrival, crews found an electrical fire in a wall,” Lewis said. “Crews also determined that the fire had occurred several hours prior to notification. That fire was investigated and was also determined to be accidental in nature.”

At least one person sustained injuries following a motor vehicle collision involving a horse and rider, which occurred on Sunday, Jan. 21, at approximately 1:40 p.m.

“Upon arrival, crews found that the rider had sustained injuries and was transported to the local hospital,” Lewis said. “The horse had run away after being impacted by the car. There were no injuries sustained by any of the occupants inside the vehicle.”

As a result of the collision, residents on the 900 block of East Mount Charleston Drive found their neighborhood properly flooded, but no injuries were reported.

“The fire hydrant was sheared in such a fashion that there was an uncontrolled pressurized leak from the primary water source,” Lewis noted. “The impact caused an approximate eight-to-ten-foot water gusher. While there were no injuries reported, crews awaited the arrival of the water company to come in and shut down the hydrant. The water was gushing for approximately 90 minutes before the entire system could be shut down for the water company crew to isolate the leak.”

Additionally, Lewis said today’s fire hydrants, if struck by a vehicle, are designed to shear off without necessarily causing a rupture at the base, which supplies the hydrant with water.

“But in this case, the damage was such that it did undermine the ability to access the corresponding valve to shut that particular hydrant down,” Lewis said. “The water was also creating a several foot crater around that particular fire hydrant.”

On Sunday, Jan. 14, fire crews were summoned to Ian Deutch Park for a reported structure fire just before 6 p.m.

“Upon arrival, crews found a trash/rubbish fire within the confines of the restroom area,” Lewis said. “That fire was quickly controlled with no further extension to the structure, however, it was determined that it was an intentional act. That fire is under investigation where suspects have been developed, and we are currently in the investigative stage with the Nye County Sheriff’s Office. Ian Deutch Park has had a significant rise in fires started within the bathrooms. Those instances are all under investigation.”