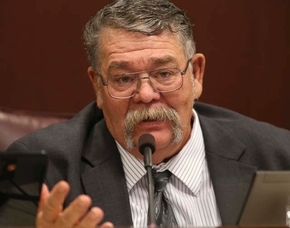 The bills, spurred in part by extended drought conditions and over-appropriated water right concerns, elicited two hours of testimony on Wednesday, as part of the 78th Legislative session.

Both bills are of vast concern to Nye County residents as officials have scrambled to draft a groundwater basin management plan to avoid a critical management area designation, which would allow the state engineer to curtail future development by invocation of priority rights. That would be accomplished by further water consumption restrictions in the Pahrump Basin.

Goicoechea suggested a number of corrections and clarifications be added to both bills including the proposed requirement in Bill 65 that seemed to suggest that if the state engineer determines that a wildlife supporting spring has gone dry due to pumping by a well owner, that hefty sanctions could be imposed. Those sanctions include the well owner supplying wildlife with substitute water. King agreed that the language needed clarification.

King also agreed that his proposed language governing recharge loss percentages “may not be appropriate.”

Other than King, there was no testimony offered in support of the bill.

An Indian Springs representative objected to King’s proposal which would require new users, under certain conditions, to connect to a public utility at increased distances. That requirement, he said, would encumber a property owner with “radically increased costs” and would force rural water users into an “urban dependence” model of water consumption.

Several Pahrump residents spoke in opposition to both proposed bills and requested they be allowed to participate as a workshop committee to revise the proposals.

Pahrump resident Dwight Lilly opposed the proposal which would reduce the amount of water permitted to be consumed by new, future well owners. “I’m objecting to any ‘clean-up’ law. I want the two-acre feet of water that came with my property.” He pointed a finger at utility companies, who he accused of “speculating” and holding onto thousands of acre feet of water in hopes of future development projects. The state water engineer has been negligent, he claimed, in his failure to enforce current regulations governing beneficial use.

Goicoechea reminded everyone that if the proposed bills do not pass in a revised form, that the state engineer has authorization to regulate water by priority.

He also objected to King’s proposed language which delineates authority to the state water engineer “without limitation.”

“I understand that you say you have the ability to impose conservation practices not allowed by statute; but, I think that needs to come back to the plan,” Goicoechea told King.

The designation of a critical management area in previously adopted legislation was a tool, he opined, to accomplish needed conservation and preservation measures.

King urged the passage of Bill 81, telling Goicoechea that though he believes his office has the authority to implement many of the actions he seeks in the proposed bill, legislative action would “help further us.” The proposal would also require that a groundwater management plan be adopted by actively managed basins, if designated, within five years – rather than 10 years, as currently permitted.

Goicoechea suggested a reworking of the language which provided means of active area management designation. He encouraged domestic well users be considered, depending on density, in a particular basin.

Oz Wichman, who said he was a consultant for the Nye County Water District, which is encompassed in the Pahrump Basin, relayed his personal views in support of Bill 81, praising King’s efforts.

However, he requested that definitions be added as well as examples and references of best management practices.

Numerous county lawmakers and lobbyists throughout the state submitted written amendments to the two proposed bills and also requested representation on a revision committee.