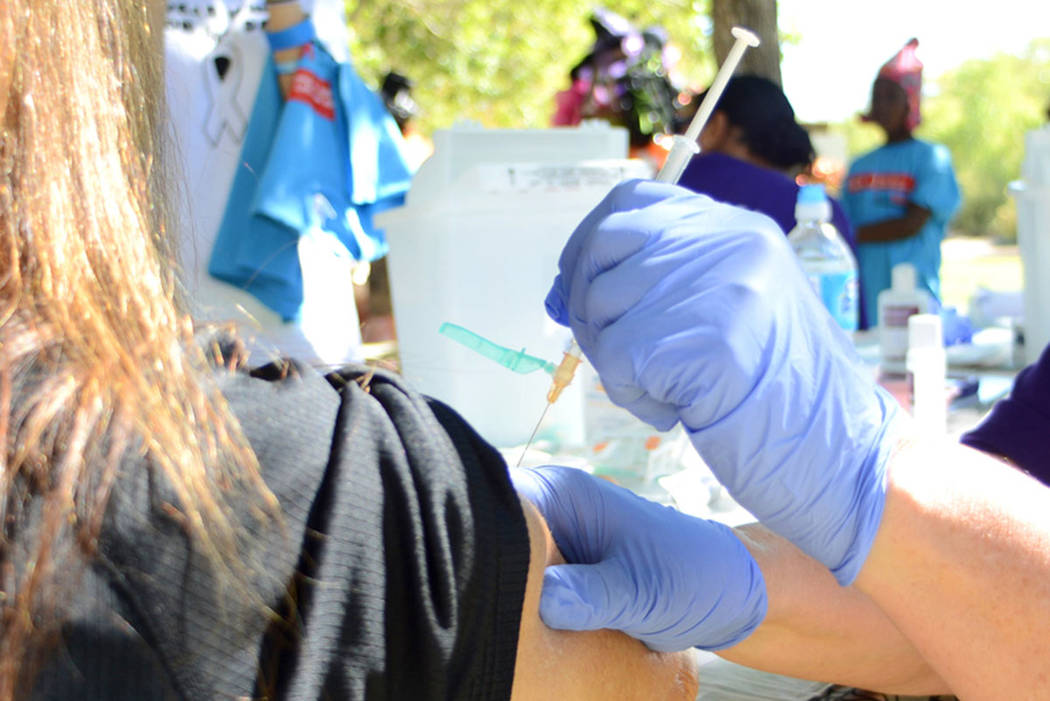 Las Vegas Review-Journal The influenza is in its peak months in January and February, and, during the last week of 2017, “influenza activity increased sharply in the United States,” the federal government reports. Southern Nevada in 2017 had nearly three times the number of flu cases reported in 2016.

It’s not too late to get your flu shot. And if you need a little incentive, know that Nevada is listed as one of 26 states with high flu activity this season, according to the U.S. Centers for Disease Control and Prevention.

The influenza is in its peak months in January and February, and, during the last week of 2017, “influenza activity increased sharply in the United States,” the CDC said.

“We still are entering the first peak month in this neck of the woods out here,” Dr. Michael Johnson, director of community health at the Southern Nevada Health District, said on Jan. 5.

Eight people died in 2017 in Clark County because of influenza, compared with five in 2016, according to a report the health district released that day. Of the deaths, two were between the ages of newborn and 4, and another was between the ages of 5 and 17.

Southern Nevada in 2017 had nearly three times the number of flu cases reported in 2016.

Of the cases, 406 were confirmed influenza and 311 people were hospitalized, with more than half over 65.

The strain of the virus that has been predominant this flu season (H3N2) is more dangerous for the elderly and young children, Johnson said.

“The effectiveness against that strain is 32 percent,” he said. “There are reports that the vaccine is only 10 percent effective this year, but it’s really too early to tell.”

So far this season, at least 3,927 people nationwide have been sent to the hospital with confirmed cases of the illness.

Medical professionals still insist that people look to reduce their risk of contracting the flu this season. That means washing hands, covering mouths and staying home from school or work as to not expose others, Johnson said.

“Bottom line is people should get vaccinated,” he said. “And if they do get sick, try to reach their health district for antiviral medication.”