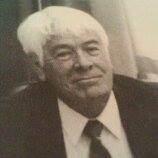 Special to the Pahrump Valley Times Pomroy Monroe Neighbors, the first Nye County manager, died on Dec. 19, 2017 with family by his side. He was well-known for issues such as water and other things like the MX Missile System that had the potential to reshape Nye County. Services are planned for Friday (today) at the Mountain View Mortuary at 425 Stoker Ave. in Reno at 1 p.m. 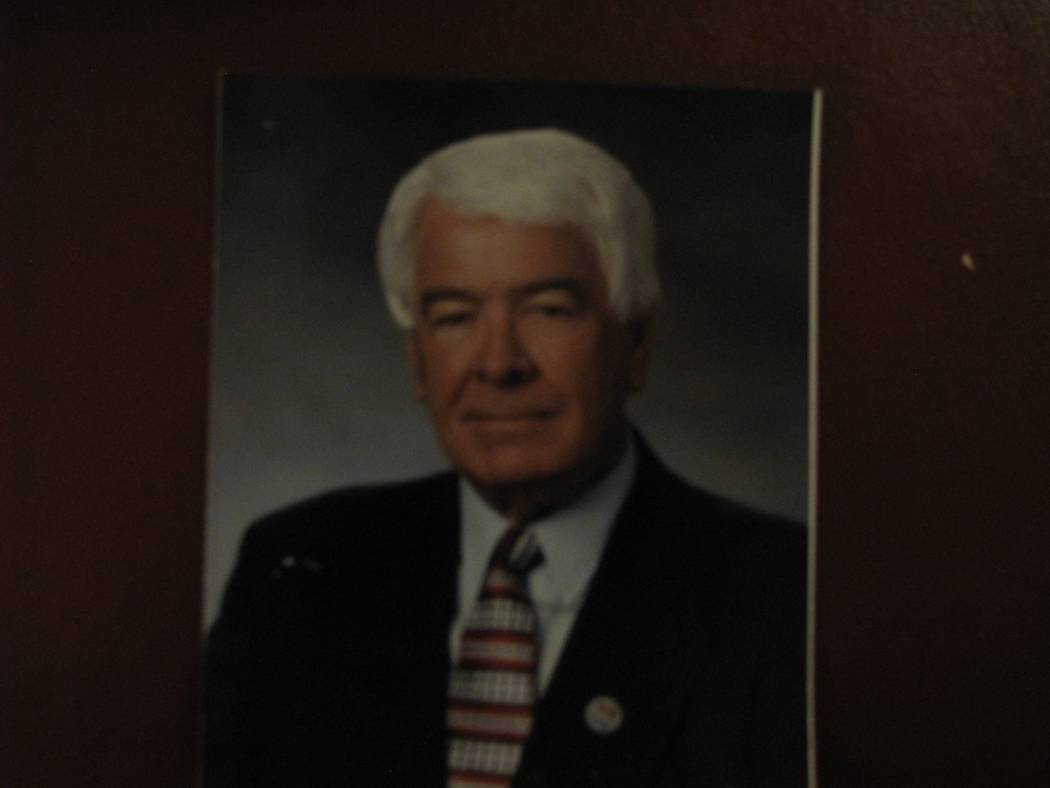 Special to the Pahrump Valley Times Pomroy Monroe Neighbors, the first Nye County manager, died on Dec. 19, 2017 with family by his side. Services are planned for Friday (today) at the Mountain View Mortuary at 425 Stoker Ave. in Reno at 1 p.m.

Pomroy “Roy” Monroe Neighbors, Nye County’s first county manager who worked to fight against major issues facing the region, along with those in rural Nevada as a state assemblyman, died on Dec. 19, 2017 with family by his side.

Neighbors held his post as Nye County manager from the early 70s through the early 1990s — known to many at that time as someone fighting to keep water in, and other things like nuclear waste, out of the region.

Neighbors also worked to keep the MX Missile System out of the region, which would have vastly reshaped Nye County if it had spread through the area the way the U.S. Air Force had intended.

“As a county manager, he and the county were challenged with some big projects, and I think they were successful in addressing all of those,” said Steve Bradhurst, who worked alongside Roy for many years during his time in the county and the Legislature.

Bradhurst said things like the MX Missile System could have made Nye County a different place. Roy was also on the forefront of issues with the proposed nuclear repository, which heated up in the early 1980s, an argument that continues today.

Neighbors also fought to keep water from being diverted to larger metropolitan areas such as Las Vegas or Clark County. In 1989, the Southern Nevada Water Authority, then the Las Vegas Valley Water District, tried to move water from Nye, Lincoln, and White Pine counties.

“Roy was always thinking what would be the best way to handle it for Nye County and its people,” Bradhurst said.

“The bottom line was Roy’s heart was always in the right place,” he said.

Neighbors took on the water fight during his time in the Nevada Assembly from 1993 to 2001 for District 36.

Bradhurst said Neighbors was the father of a bill in 1999 that made it more challenging for places like Clark County to move water from rural Nevada. The legislation eventually became law.

“He and others were able to get additional requirements that the state engineer approved before anyone could move water from one basin to another,” Bradhurst said.

“He was very kind, energetic and he had a great passion for the folks that he served in Nye County,” she said. “He spent many long hours and effort trying to get them resources, which I think he was pretty successful.”

Betsy remembers Roy being successful in things like veterans affairs and other issues.

“He was always a champion of veterans in the Legislature, given his background in the military,” she said.

Roy’s son, Mick Neighbors, also had great words for his father’s time as a public servant.

“He was a politician,” Mick said. “If there is such a one, he was an honest guy. He was a guy for the blue collar worker.”

Roy’s other great passion was in the mountains near Tonopah, where he worked at mining in Eden Creek and Golden Arrow. Mick said he was part owner of Five Jokers Mining Company LLC.

“In terms of a vocation, he always had his great interest in mining and liked to spend hours up in Tonopah, in the mountains,” Betsy said.

Roy spent his early days in Tonopah, going to work for a family as a miner at a young age. He was born in Entiat, Washington and later moved to Southern California for a period.

Not long after, Roy went off to fight during World War II, though he lied about his age at the time to get in. He enlisted in the Navy — later becoming one of the first fighter pilots for that branch of the U.S. armed services.

Betsy said Roy’s drivers license said he was 95, though he’d always tell people he was more like 93.

Roy is survived by his wife Betsy and his children Mickey, Sonny, Colleen and Patty; three step-children: Cody, Nick and Patrick. Roy also had several grandchildren, step-grandchildren and great-grandchildren.

Services will be held at 1 p.m. today (Friday), in Reno at the Mountain View Mortuary at 425 Stoker Ave.