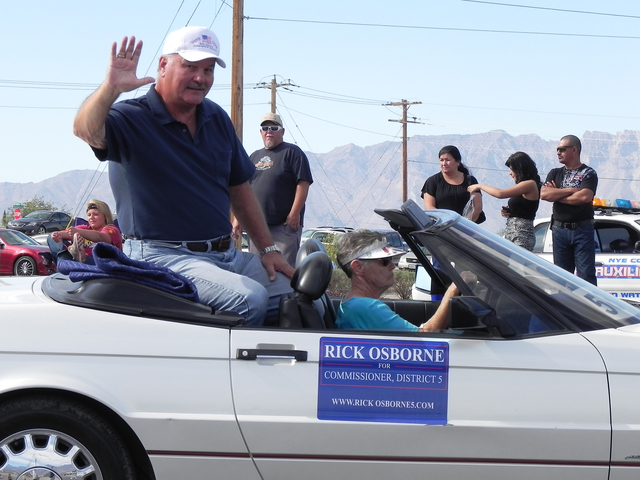 Osborne’s wife Carol Osborne said that the vehicle they were riding in on June 30 was rear-ended by a semi-truck while they were on their way to visit family in Norfolk, Virginia.

“This has been very, very traumatic for me,” Carol Osborne said in an emotional phone conversation on Monday.

Carol Osborne declined to answer any further questions at the time, saying that, “It’s just too hard.”

The crash is under investigation by the North Carolina State Highway Patrol. No information on the crash was immediately available. More from the crash investigation is expected in the next few weeks.

Rick Osborne was Nye County’s manager from August 2008 through January 2012, leaving 18 months before his contract had officially expired.

He retired following his tenure and lived in Pahrump before moving to Ocala, Florida.

Osborne was at the helm of the county in the turbulent times after the housing crash and the economic downturn. He ran for the county commissioner unsuccessfully in 2014. Prior to his position in Nye County, he worked as a director of administration for the city of Tallmadge in Ohio for almost 37 years, according to his LinkedIn profile.