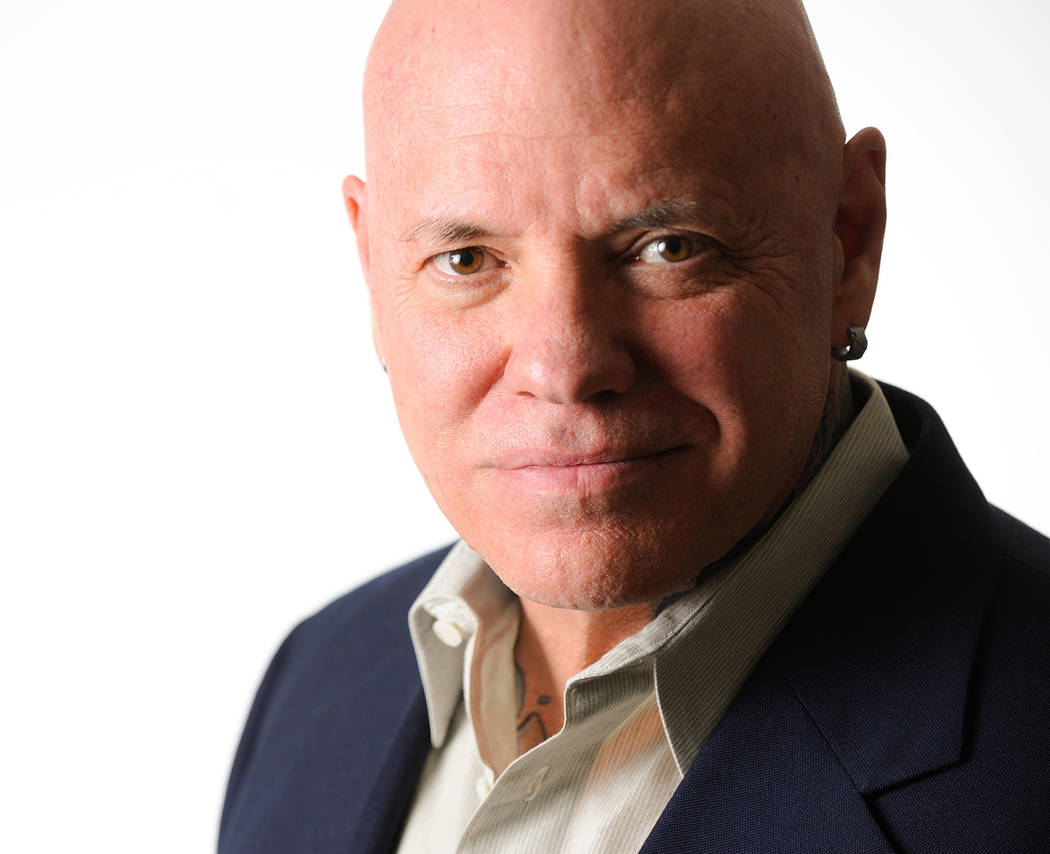 Special to the Pahrump Valley Times Nye County Sheriff candidate Dave Champion faces involuntary servitude, coercion charges following his Jan. 5 arrest. Throughout his campaign, Champion had been quite vocal about his belief of rampant corruption throughout the Nye County Sheriff's Office.

A former Nye County Sheriff’s Office candidate is out on bail following his arrest on Saturday, Jan. 5.

As stated in a sheriff’s office declaration of arrest document, Pahrump resident Dave Champion was charged with involuntary servitude and coercion.

He has since bailed out of the Nye County Detention Center.

Champion’s attorney, Tom Gibson of the Gibson Law Group in Pahrump, said he and his client are looking forward to vigorously fighting the charges.

“He is obviously innocent until proven guilty,” Gibson said. “My client is obviously disputing these allegations. Mr. Champion is doing well. It’s just one of those things where someone accuses you of something, and you have to deal with it.”

Though details behind Champion’s arrest can best be described as both lurid and vague, the investigation, according to the arrest report, began when an unidentified woman back in October 2018, sought Champion’s assistance in a criminal case involving her husband, who is presently incarcerated in the Nye County Detention Center.

The woman, according to the arrest document, told investigators that Champion was hired as a consultant to assist with her husband’s criminal case, despite the fact that local attorney Jonathan Nelson is representing the man.

The document went to state that Champion was not an official part of Nelson’s legal team.

The woman, during a video visitation at the detention center, told her husband that Champion had sexually assaulted her on multiple occasions as she sought his help with her husband’s case, according to the arrest document.

As all visitations are video recorded, the woman’s husband informed detention center officials of his wife’s claim, which launched the initial investigation.

Additionally, sheriff’s office investigators examined text messages between the woman and Champion, which appeared to indicate Champion was allegedly attempting to coerce the woman into performing sexual acts with him, according to the arrest document.

Moreover, the woman told investigators that she believed Champion was attempting to blackmail her by using his knowledge of her personal life.

According to investigators, the woman went to Champion’s residence, located in the Mountain Falls subdivision, on Oct. 11, 2018, to go over her statement for her husband’s sentencing court date.

“Champion kept asking her about her feelings, would hug her and forcibly kiss her,” the arrest document stated. “She pushed him away and asked him, why he did that. He stated because he knew she wanted it.”

On Jan. 4, 2019, investigators viewed the detention center video visitation between the woman and her husband, where they observed the woman disclose to her husband that Champion sexually assaulted her, providing the same details that she provided to detectives, the arrest document stated.

The document went on to state that the woman was visibly emotional and appeared to be crying during the disclosure.

“Champion was located, placed under arrest and transported to the Nye County Detention Center accordingly without further incident,” the arrest document noted.

When asked for comment from prosecutors, Nye County Deputy District Attorney Patrick Ferguson said that because Champion has since bailed out of jail, a court arraignment date has yet to be scheduled.

“When someone bails out of jail, they get a court date generated for them and that paperwork just hasn’t hit our office yet,” Ferguson said. “At this point, we are waiting to receive the full investigation from the sheriff’s office. We will review it, and make a decision as to how we’re going to proceed at that point. The allegations from the declaration of arrest are obviously very concerning, and we are obviously going to take it very seriously.”

Additionally, Ferguson spoke about why Champion was arrested and charged with involuntary servitude and coercion, in spite of the woman claiming that Champion sexually assaulted her.

In legal terms, involuntary servitude refers to an individual being forced through coercion to work for another.

“I’m not going to speculate as to why they made a decision to book on those charges, as opposed to other charges,” he said. “The booking charges were determined by the deputies and detectives involved in the investigation. They may have selected some, instead of all of the charges for booking at that time. I am aware there are more allegations beyond merely the simple allegation of involuntary servitude in the declaration of arrest. We will consider everything that is presented to us. We’re obviously not obliged to charge what they put into a declaration of arrest, nor are we limited by what they put into the declaration of arrest. If evidence warrants it, then we will press other charges.”

Along the same lines, Ferguson also noted that the allegations, in his mind, are very concerning.

“It suggests predatory behavior,” he said. “We are going to wait until we get the full packet of information from the sheriff’s office, which the last time I checked, I had not yet received.”

During an interview with the Pahrump Valley Times last May, then sheriff candidate Champion spoke about what he perceived as rampant corruption within the Nye County Sheriff’s Office but offered no concrete evidence to support his assertion.

“We all talk about the corruption, and these investigations, these acts, were being ignored,” Champion lamented. “How is it even remotely possible that being one of the 10 most corrupt counties in America in the last 30 years, not one single person has been arrested for official corruption? How is this possible, unless the sheriff’s department is corrupt?”