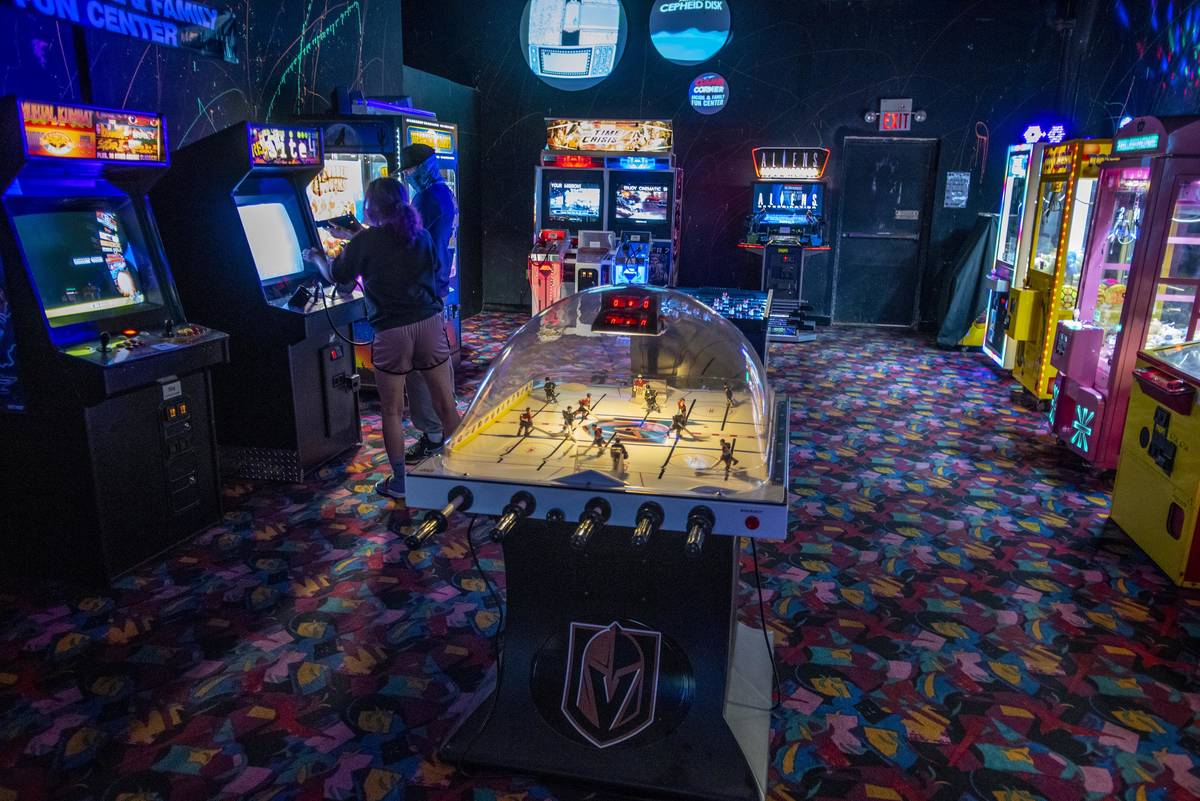 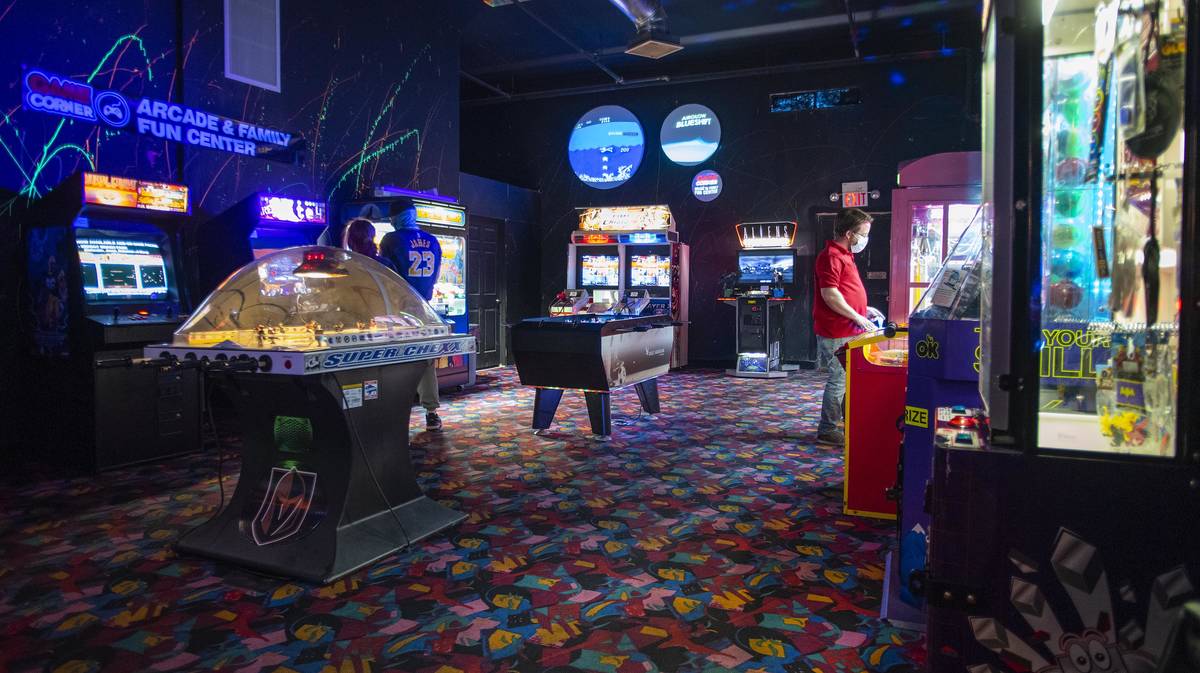 Unlike the Pahrump Game Corner, which is only open on weekends, the Beatty arcade is open every day.

Technician Zach Reinert says that the new location has so far been more successful than initially anticipated.

“Beatty has been very supportive,” says technician Reinert, noting the arcade has become something of a hangout for Beatty teens who are happy to have something else to do.

But teens are not the only ones who patronize the new arcade. “Adults like to play the vintage games,” he added, referring to a pair of ’70s style pinball machines, as well as older video games. He finds the amount of play the pinball machines are getting very gratifying.

One machine, installed in a repurposed Ms. Pacman case, allows a player to not only play Ms. Pacman, but around 40 other games of the same era.

Another machine, bearing a “Mortal Combat” logo, can be used to play 90 different games.

The arcade features 17 machines, including some claw machines on which players try to grab prizes. “Our machines are generous,” says Reinert. “Of course we are in business to make money, but we don’t want people to feel as though they blew a bunch of quarters for nothing. We want them to come back. We want people to have fun. If you’re not having fun, we’re not having fun.”

He also says that they will be changing games and prizes from time to time to avoid having the arcade become stale.

The arcade is designed to have a vintage ’80s and ’90s arcade feel.

Round screens at one end of the room display vintage video game commercials, and TV monitors on the other end show other random commercials from the same time period.

Opening an arcade during a pandemic may be a challenge, but the Stagecoach already has a strict mask policy in place and has notice posted at the entrance telling people not to enter the property if they are experiencing symptoms that could be associated with COVID-19.