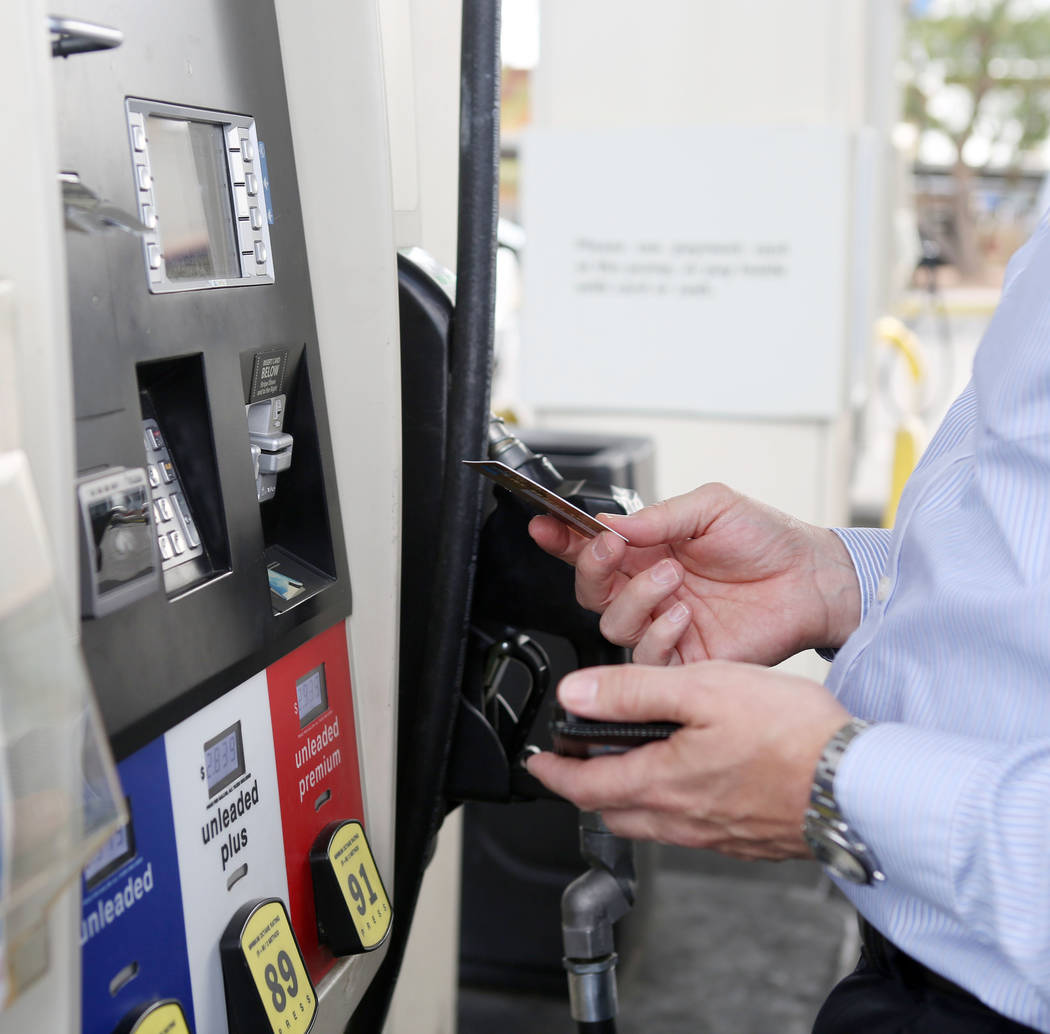 Elizabeth Brumley/Las Vegas Review-Journal file Motorists are seeing 19 percent of gas stations selling gas for $3.01 or more. Today’s gas price is 16-cents more expensive than one month ago and 53-cents more than one year ago, AAA said. 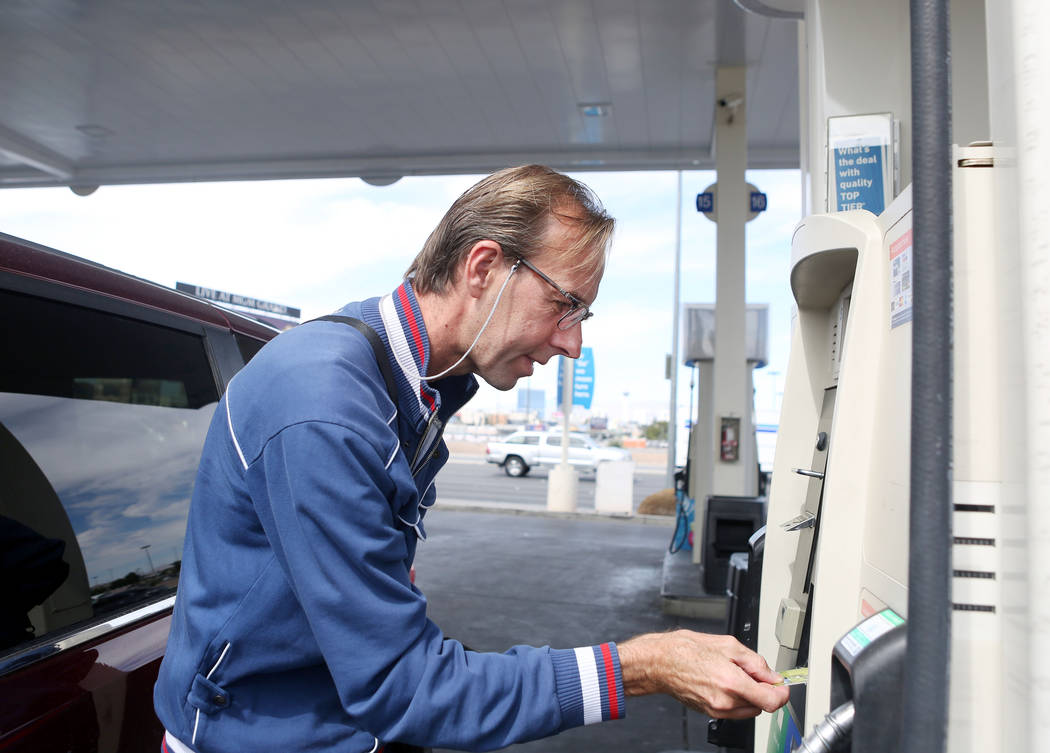 At $2.87, the national gas price average jumped six cents on the week in part due to the White House’s decision to re-impose sanctions on Iran, AAA said this week.

As a result, 36 states are seeing gas prices that are a nickel or more expensive than May 7.

Motorists are seeing 19 percent of gas stations selling gas for $3.01 or more.

Nevada fell off the list of the nation’s top 10 states with the largest weekly increases.

Set in 2015 under the Obama administration, the U.S. – along with the European Union, five permanent members of the U.N. Security Council, and Germany – entered into the deal that lifted economic sanctions on Tehran in exchange for the country downsizing its nuclear program.

Some of the pre-2015 sanctions targeted the Iranian energy sector and impeded Iran’s ability to sell oil.