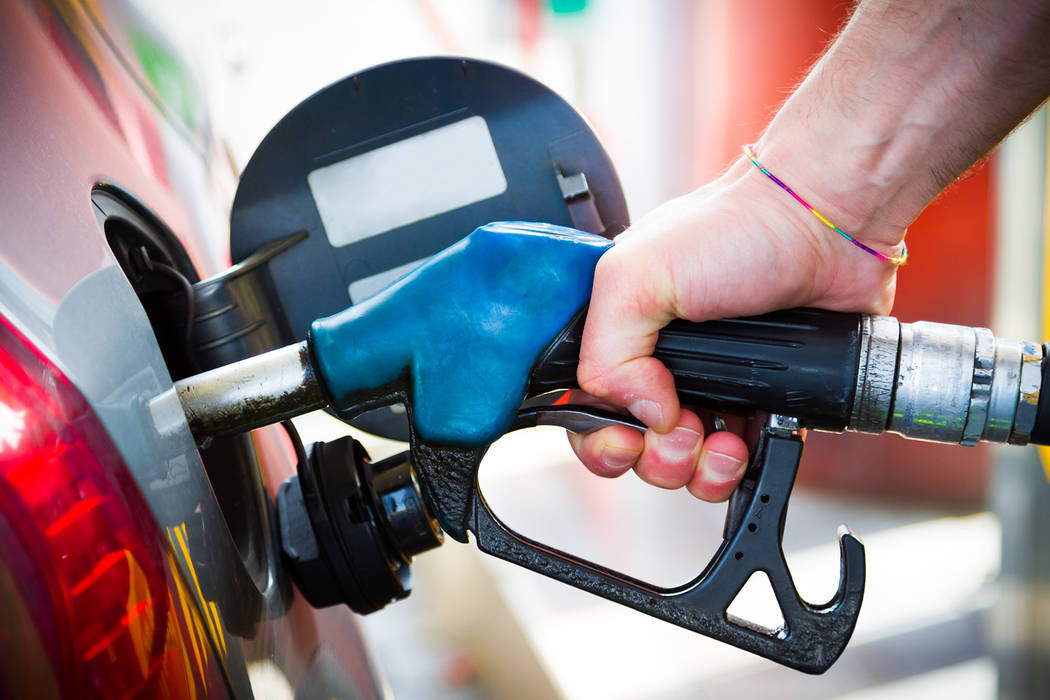 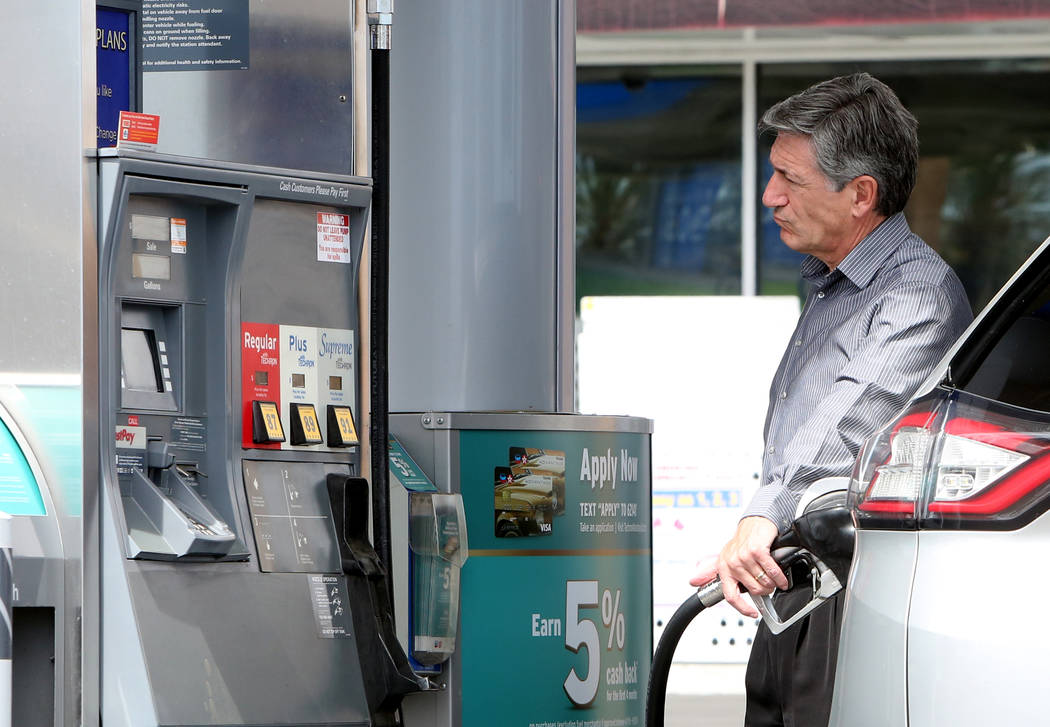 Bizuayehu Tesfaye/Las Vegas Review-Journal A customer pumps gas at Chevron gas station earlier this year in Southern Nevada. Pump prices in the West Coast region are among the most expensive in the country.

At $2.85, the national gas price average is five cents cheaper than a week ago, 12-cents less than a month ago, but 58-cents more than a year ago, AAA announced this week.

Gas prices in the USA have consistently been declining since Memorial Day. On the week, 49 states saw pump prices drop and motorists in Indiana and Michigan saw double-digit declines.

In the USA, gas prices may be poised to drop even more following OPEC’s announcement that the cartel will increase production, AAA said. Regardless, the production increase is expected to decrease crude prices and in turn, drive down gas prices later this year.

“The OPEC production increase will help to offset concerns of shrinking global supply caused by high global demand this year,” said Jeanette Casselano, AAA spokeswoman. “For drivers in the U.S., pump prices likely will not see an impact immediately. Changes, and most likely not dramatic ones, are anticipated to hit pump prices late summer or early fall.”

The cartel made the production decision after the U.S., China and India voiced support for an increase to prevent an oil deficit that could stifle economic growth in the latter half of 2018. The production increase will occur ahead of this December’s expected dissolution of OPEC’s production reduction agreement, which has worked to reduce global oil supplies and increase the global price of crude since the beginning of 2017.

Oil prices trended higher last week as the market digested OPEC’s announcement and analyzed its potential impact, AAA said. This analysis is likely to continue influencing prices this week to determine if the supply increase will help to stabilize global crude prices.

In other news, the U.S. lost one oil rig last week, according to Baker Hughes Inc., bringing the total number of rigs to 862. However, there are still 104 more rigs now than a year ago at the same time, AAA said.