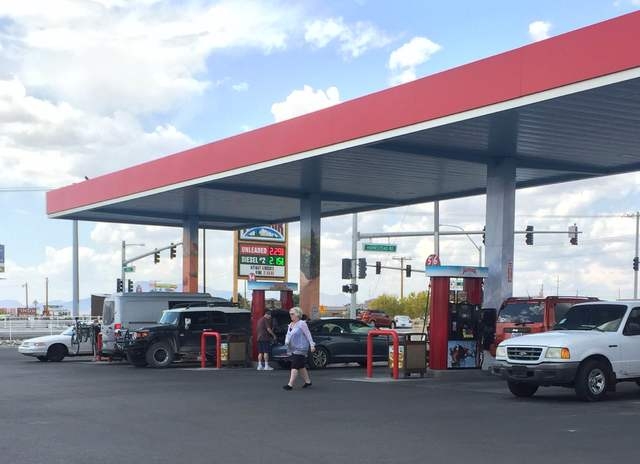 Gas prices in town remained steady in town for the third straight week, with the lowest cash price of regular unleaded gas being $2.21 per gallon.

The trend is good news for Pahrump residents heading into Memorial Day weekend, a time historically busy on roadways nationwide, despite prices jumping 73 cents over the past two months.

Compared to the same time last year, Pahrump commuters are paying far less at the pump as the lowest advertised cash price was $2.89 per gallon last year, representing a 68-cent price decrease.

“With crude oil prices rallying over the past 6 weeks, reaching the highest point that we’ve seen since November before Friday’s close; we should expect wholesale and retail gasoline prices to rise further,” says Gregg Laskoski, senior petroleum analyst for GasBuddy. “The good news for consumers is that even with the recent increases in the price at the pump, on average we’re still paying about 45 cents less per gallon this year versus last.”

According to AAA, about 34 million of the expected 38 million holiday travelers will drive to their Memorial Day destinations, an increase of 2.1 percent over last year due to the lower gas prices.

Death Valley National Park is a popular tourist destination in the area, and their spokesperson, Abigail Wines explained traffic will pick up, but not as much as previous events in the park.

“Visitation (and associated traffic) should pick up over Memorial Day weekend,” Wines said. “However, it won’t be anywhere near as busy as what we were experiencing during the superbloom in February and March.”

With temperatures throughout the area being unseasonably cooler as of late, an area of the park that is usually closed by this time of the year will remain open through the holiday weekend.

“This past weekend the park was surprised by the number of people camping in Furnace Creek Campground. Normally we close part of that campground in the summer to concentrate maintenance efforts since use in the summer is low,” Wines said. “However, the temperatures lately have been cooler than normal. The park plans to open all of Furnace Creek Campground for Memorial Day weekend this year, which was not needed in past years.”

Nevada is faring better than its neighbor to the west, as California’s statewide average is $2.80 per gallon, up 0.6 cents per gallon from last week. The gas prices in California are still over $1 cheaper than last year at this time, which will increase holiday weekend travelers to the southern Nevada area, as the busiest Memorial Day travel-wise in a decade is expected.