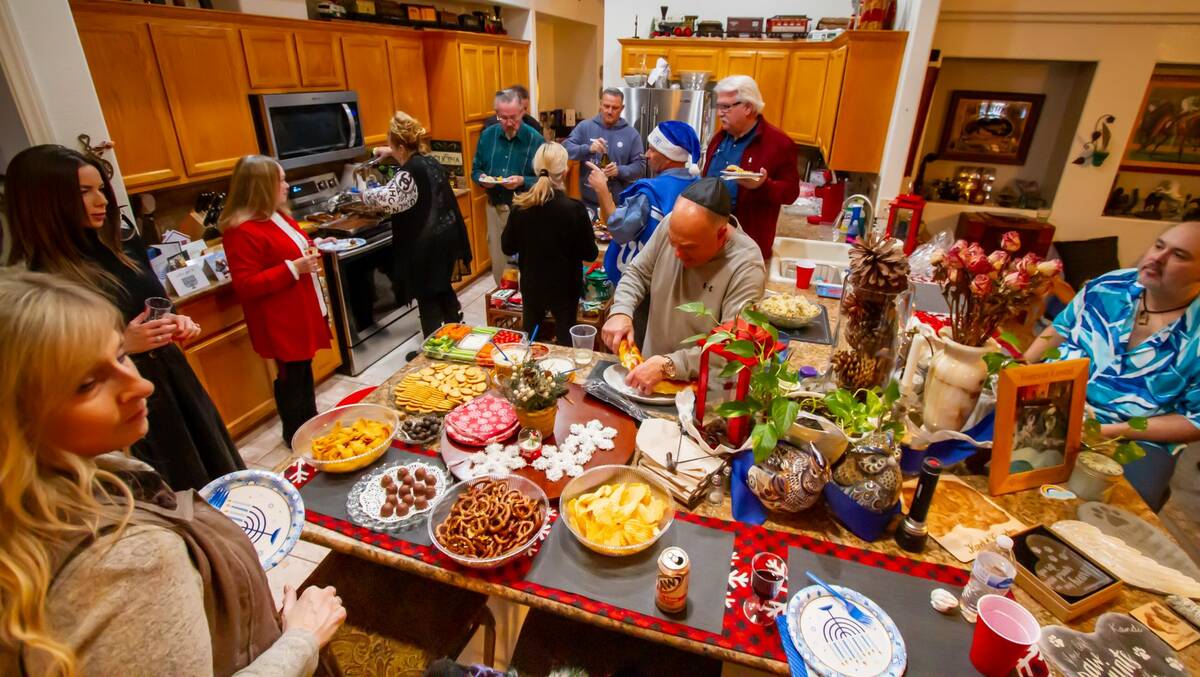 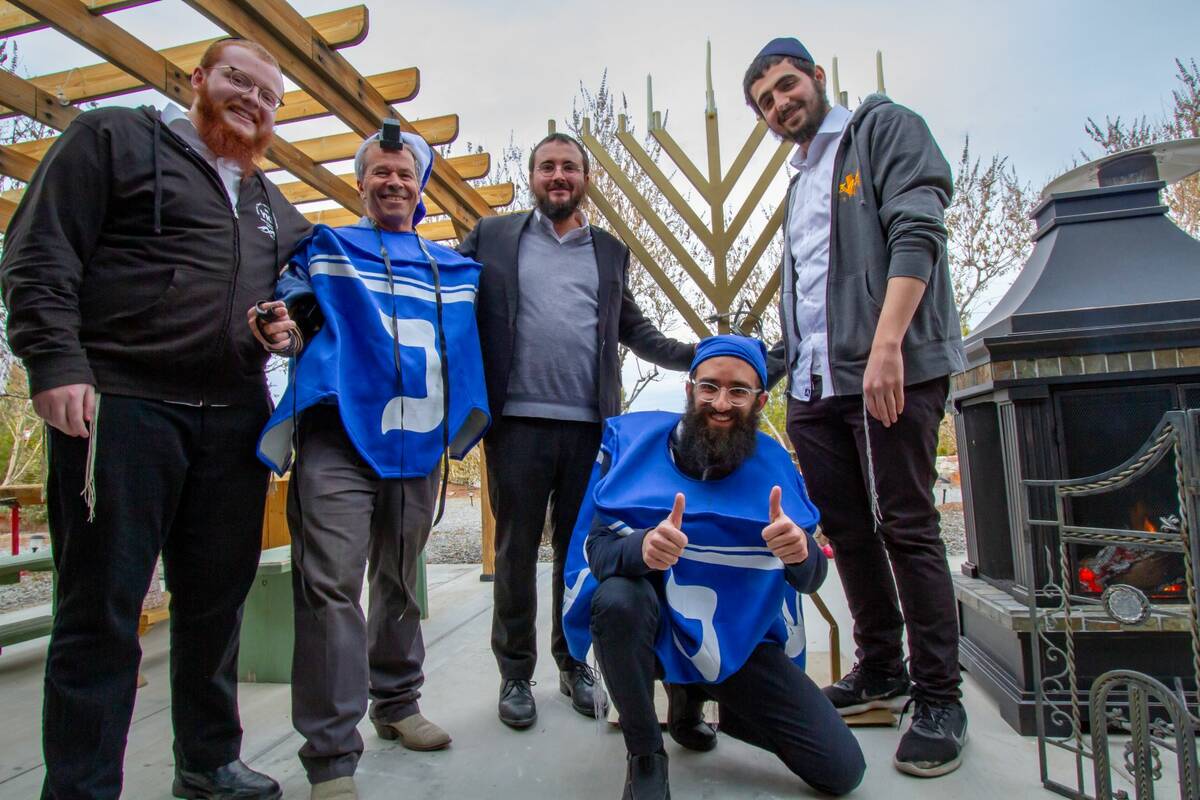 Greenfield and his fiancée Liz opened their home to about 25 members of the local and Las Vegas communities.

“This is the eighth year we’ve hosted this event,” Greenfield said.

The evening was highlighted by the traditional blessing and lighting of the menorah’s candles at sunset by Rabbi Levi Wilhelm from the Chabad Southwest Las Vegas.

Traditional kosher food, songs, prayers and blessings were performed and enjoyed after the lighting ceremony.

Hanukkah is the eight-night Jewish celebration commemorating the cleansing and rededication of the second temple of Jerusalem after a successful Jewish revolt against occupying Greek-Syrian soldiers.

According to folklore, they required a holy light to burn in the temple at all times, but there was only enough oil for one night. The Miracle of the Light was it burned for eight nights.

Hanukkah was celebrated this year from Dec. 18 to Dec. 26.

John Clausen is a freelance journalist and photographer in Pahrump.