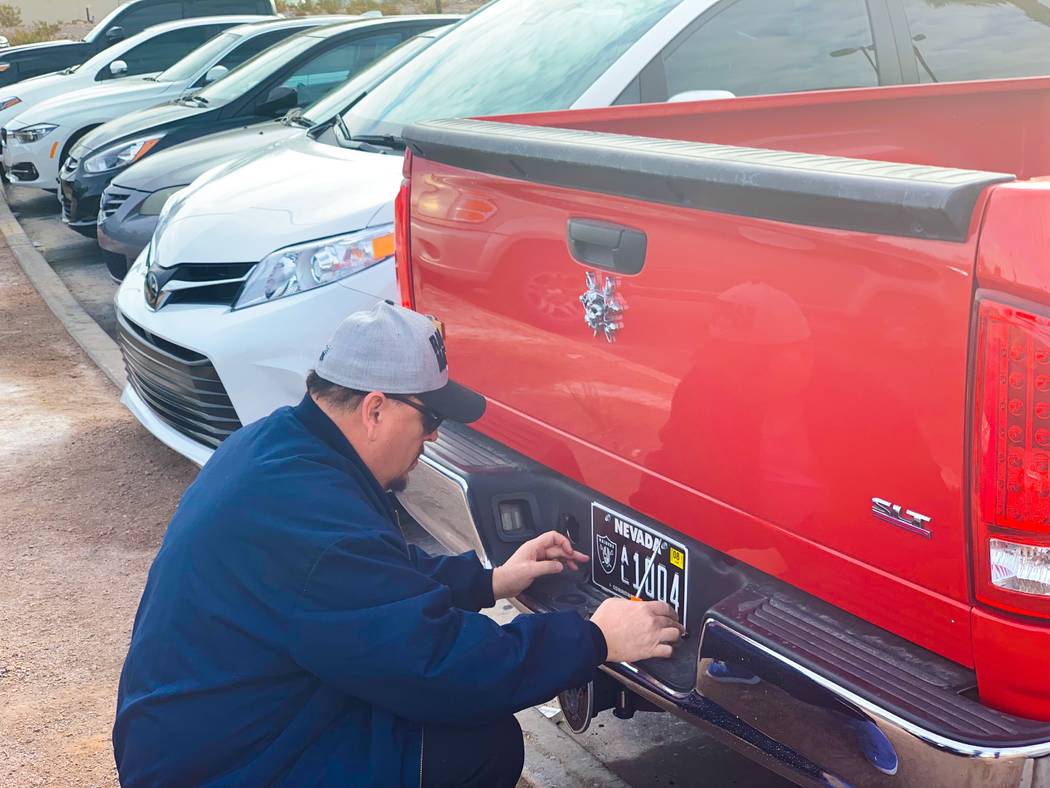 After the first year of eligibility, the Vegas Golden Knights’ Nevada specialty license plate has been a hit worthy of a power play.

A total of 35,888 active registrations (vehicle and motorcycle) of the plate was reported as of Aug. 31, the latest official figure available from the Nevada Department of Motor Vehicles.

The number of Knights plates has jumped by more than 10,000 since March 31, when 22,098 registrations were reported by the DMV.

The Knights plate stands as the second-most-popular plate behind the Las Vegas Commemorative plate, which has 89,305 active registrations. (There are 50,921 active veterans and military specialty plate registrations, but those aren’t available to the public.)

“We are constantly overwhelmed by the support for our team from the community and local residents,” said Brian Killingsworth, chief marketing officer for the Knights.

The Raiders specialty plate has been around for less time, going live Jan. 14, but has already seen thousands of fans mount it on their vehicles.

The Raiders hope to have 17,000 plates registered in the first year to amass over $500,000, as $30 of each plate’s fee goes to the organization’s charitable arm, the Raiders Foundation.

The proceeds will go toward a nonprofit organization of the foundation’s choice, through a grant process aimed at increasing community and civic health through the support of the military and youth development.

“The Raiders are pleased to see that Nevadans are not only showing their Silver and Black pride but are also supporting the community through the funds that are being collected, which will go toward assisting nonprofit organizations throughout the state,” Raiders President Marc Badain said.