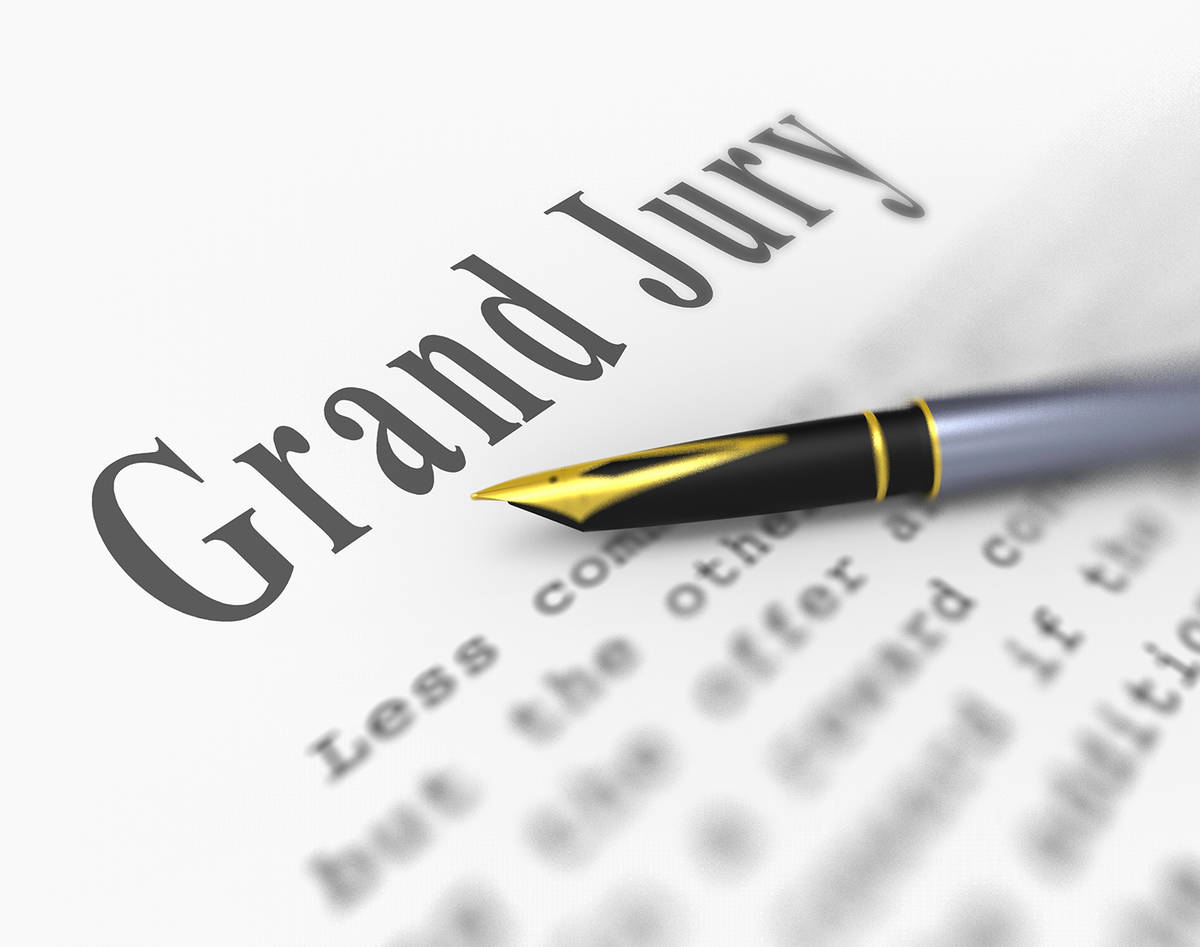 Getty Images Nye County District Attorney Chris Arabia has confirmed that a grand jury is in the process of convening for both Pahrump and Tonopah.

Although remaining tight-lipped about the precise details involved, Nye County officials have made it known that a grand jury is currently in the works for Nye County.

The convening of a grand jury is something that certain members of the community, those who have continuously accused the county of corruption and wrongdoing, have been calling for repeatedly over the years and undoubtedly, the news will be greeted with satisfaction by such citizens. Nye County officials themselves seem optimistic about the looming legal process as well, with Nye County District Attorney Chris Arabia validating the rumors that have been swirling in recent weeks and telling commissioners and the public that he believed it would be a positive undertaking for the county.

“There has been some speculation about a grand jury and there is no cause to speculate. There is a grand jury that’s underway, a general grand jury in Pahrump and one in Tonopah,” Arabia stated during the Nye County Commission’s Tuesday, May 18 meeting. “Summons have gone out to prospective grand jurors and at this point, the process is going to keep moving along. There may or may not be more that I can talk about with respect to that as time goes forward but I do think this is a hallmark, and a really good thing for the county, so I am happy to be able to confirm that.”

When asked by the Pahrump Valley Times what had prompted the move to convene a grand jury in the county, Arabia stayed the line, simply reiterating, “This is a very important and very good thing for our community. I might have more to say about it at a later time.”

As for the funding involved in convening a grand jury, Amargosa Valley resident and outspoken community member John Bosta wanted to know how the process would be paid for.

As Bosta’s comments did not receive an immediate response, he repeated his question once the commission opened an agenda item regarding the approval of the county budget for fiscal year 2021-2022.

Nye County Commission Chair Debra Strickland interjected to tell Bosta that the county would follow up with him on that topic, as such questions are not generally answered during the meetings, unless proposed by the commissioners themselves. Nye County Commissioner Frank Carbone then added that he was uncertain as to whether it was a question that could even be answered on the spot, turning to Nye County Comptroller Savannah Rucker to ask, “Because right now, it’s not included in the budget, am I correct?”

Rucker confirmed that was accurate, explaining, “It’s not in the budget as presented, no. And I actually don’t even know the costs of it yet, so it’ll be something that is brought back before the board.”

“And again, we need to know that through the DA, and we have to put that all together, because that is kind of something new to us. I appreciate the question, but again, it’s the first time hearing it,” Carbone stated.

Nye County Commissioner Donna Cox chimed in to inquire whether the $25,000 set aside for a grand jury was still available, to which Rucker replied that she would need time to track that down in order to determine where that funding had been placed.

“Because if it’s not sitting where it should, it needs to be put in that fund,” Cox said, adding, “We approved that, as Frank said, several years ago, as a starter fund, not as a total fund.”

Rucker said if she recalled correctly, that $25,000 had been earmarked when the commissioners had made the decision to collapse special endowment funds known as PETT, or Payment Equal to Taxes, in 2015, but she would prefer the chance to research the subject before bringing forward a concrete answer.

“And if you don’t find it there, I’d like you to find it somewhere else so that we can put that back where it should be,” Cox directed.

For many in the community, the discussion on May 18 prompts questions as to exactly what the purpose and process of a grand jury is.

According to information available on www.justice.gov, a website dedicated to the U.S. Department of Justice’s Offices of the United States Attorneys, grand juries are made up of approximately 16 to 23 members. Collectively, this body of impartial persons is shown evidence gathered by a prosecutor, and witnesses may be called to testify. Once the evidence and testimony is complete, the members of the grand jury vote, in secret, as to whether or not they believe enough evidence exists to charge the person or persons involved with a crime. A minimum of 12 jurors must agree in order for an indictment to be issued. If an indictment is not forthcoming, the public will never be made aware of the exact nature of the accusations that had been made, as these details are also kept secret.

“All proceedings and statements made before a grand jury are sealed, meaning that only the people in the room have knowledge about who said what about whom,” the website details.

If a grand jury does decide to indict, the person or persons accused will then be able to obtain an attorney and the case will proceed in a United States District Court. A preliminary hearing may be held, during which the prosecutor must show that enough evidence exists to charge the defendant. This process is not always required, the website explains, and the defendant can choose to waive it. If a preliminary hearing is held and the judge determines sufficient evidence exists, a trial will be scheduled.

No further discussion on the pending grand jury was had during the May 18 meeting but the commission will have to address a budget item in the future, to augment the 2021-2022 fiscal year budget in order to allocate the necessary money to fund the grand jury process.