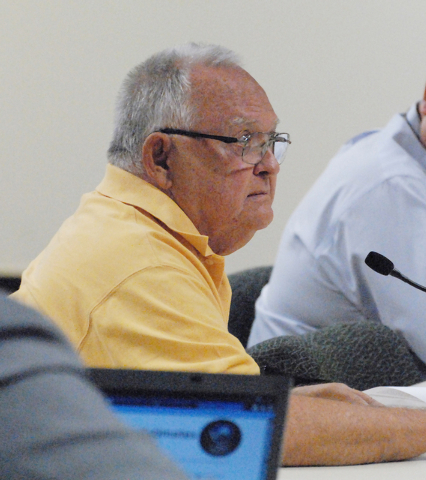 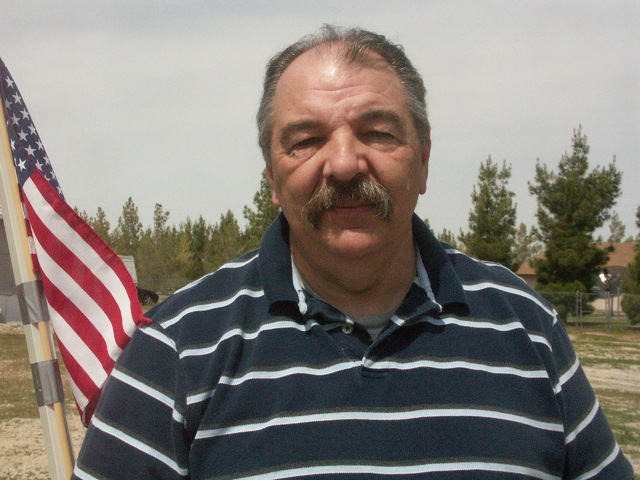 Private well owners in Pahrump Valley are getting organized.

First Former Pahrump Town Board member Frank Maurizio announced the formation of a Private Well Owners Cooperative of Nye County. Then county Commissioner Frank Carbone announced his intent to pass a resolution standing up for the rights of well owners. Then Basin 162 Groundwater Management Plan Advisory Committee member Walt Kuver talked up a bill draft submission to the state Legislature grandfathering the rights of well owners.

The mission statement of the well owners’ cooperative is to assist the individual well owner to ensure their right to draw two acre feet of water per year is protected. That’s 1,800 gallons per day.

“We are dedicated to protecting domestic well owners’ drinking water supply. We are dedicated to advancing good groundwater stewardship by raising awareness on a variety of groundwater issues that affect everyone with a private water supply. Also, well owners need to be aware of potential health problems and the need to test their water regularly and maintain their wells to safeguard their families’ drinking water,” the statement reads.

Maurizio said more than 30 people have joined the co-op during the first month. He said they hope to be able to hire a lobbyist to defend the rights of well owners in the upcoming session of the Nevada Legislature in 2015. Maurizio said the co-op is unique — one of only two in the U.S. that doesn’t maintain any infrastructure.

The co-op flier states: “It is more economically efficient to have these domestic well owner members of a cooperative utility to continue to provide their own water distribution because the infrastructure required to deliver the product, water, is very expensive to build and maintain for private utilities or governmental entities for a service the well owners already have paid for and provided.”

The co-op statement appears to address concerns well owners may be forced to hook up to a public or private utility system sometime in the future.

“The exempt purpose is as a water utility they may not be forced to abandon their wells by financing a community water system for a product, water, they already have provided. Each individual member is charged with the responsibility for the creation, maintenance, repairs for their domestic well, with compliance of the laws of the State of Nevada and the county in which the domestic well is located,” the group states.

A flier states a benefit of membership is a cooperative isn’t under the jurisdiction of the Public Utilities Commission, the State Attorney General’s Office or the consumer advocate.

Co-op vice-president John Bosta used his position on the Nye County Water District board to question the board’s legal authority to implement a voluntary program monitoring water usage in private wells. So far only eight people volunteered to have their wells metered, two of them are county commissioners and two are water board members. Water district general manager Darrell Lacy said the district attorney said it was clearly in their authority.

“Where would we not have the authority to do any volunteer program we wanted?” water board member Michael Lach asked at the last meeting on April 28. “The sole reason to meter a well is to find out water usage and our job as a board is to figure out how best to use the water resources in Nye County. How could finding out information not be in our rights to do?”

Bosta said the water board, which is funded by a $5 per parcel fee, was using public money and spending it in areas outside their authority. Lach said there is a problem of Pahrump Basin being over-appropriated for water.

“You’re coming at this from the standpoint that we’re going to put meters on everybody’s wells and then start charging them for water and then start taking this big government authority and come down and do that,” Lach said.

Meanwhile, during the last meeting of the Basin 162 Groundwater Management Plan Advisory Committee, Chairman Greg Hafen II was alarmed at a statement by Carbone at the last commissioner’s meeting about his intent to introduce a resolution in support of well owners at the next Pahrump meeting.

Hafen said, “I think this is kind of counterproductive to our committee. I think everyone needs to be involved in the conservation strategy of the groundwater basin and not limit it to everyone but domestic wells.”