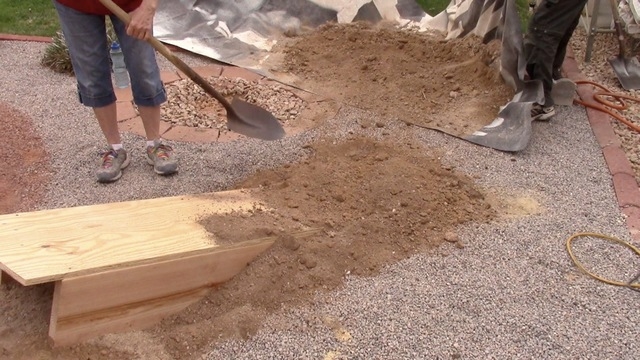 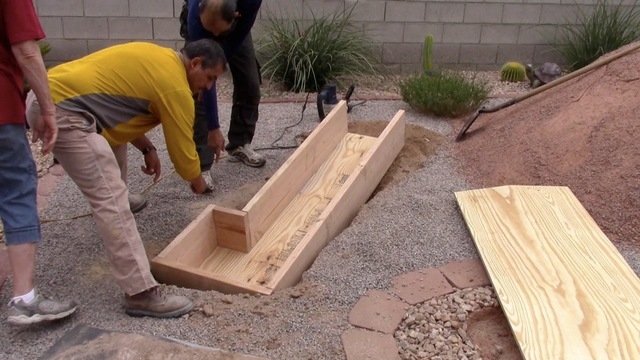 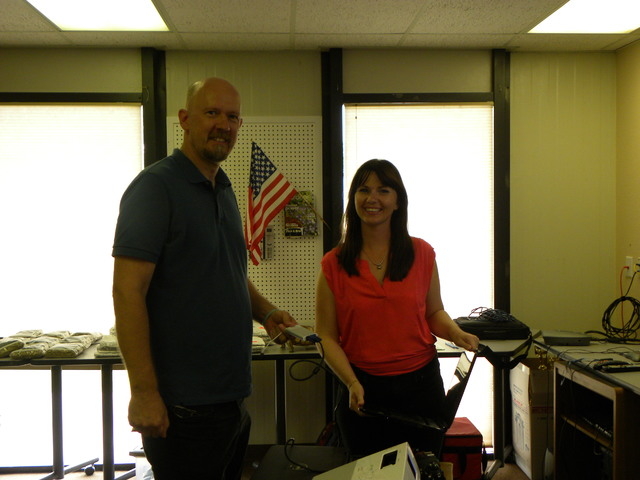 The Desert Tortoise Group from Las Vegas drew an impressive crowd to an adoption workshop held Aug. 3 at the University of Nevada Cooperative Extension offices.

The organization educates the public on the care and habitat for domesticated desert tortoises. It is also trying to find homes for about 50 tortoises.

“We’ve had a few tortoises at the conservation area but recently have had backyard breeders calling us wanting to get rid of their tortoises.”

One habitat was lost in a foreclosure, another older gentleman lost his wife and was moving.

He said the pattern repeated itself and the situation has become such an emergency the organization has created an adoption program and traveled to several cities and towns all over Nevada with their presentation.

The majority of attendees in Pahrump already have tortoises and wanted more information on their care. They were surprised to find that tortoises require better forage than what the owner can supply from the refrigerator crisper drawer.

“The best way to feed a tortoise is to let them forage on their own. Plant the habitat with dandelions, colorful, non-toxic flowers, vegetables such as broccoli, cabbage, bok choy and suggested other greens not high in oxalic acid, which effect the tortoise’s organs,” said Cornall, a biologist from Canada.

A member of the audience asked about cactus pads and the red, sweet fruit (nopal) of the prickly pear cactus.

“Don’t feed them fruit, but they can eat the plants,” Cornall said.

Among verbal protests from tortoise owners, he explained, “Tortoises are like humans. They love the things that aren’t good for them. The fruits are OK as a treat and the cactus pads should be new growth and not the dark green bottom pads, which contain oxalic acid.”

He also said carrots are a treat as well.

He suggested planting grape vines, but removing the clusters from the bottom branches.

“You can plant the seeds of fruits like pumpkins and melons, cover them so they get a chance to grow, and let the tortoises eat the plants before they form fruits.” He suggested a supplemental food called MegaDiet for needed vitamins and minerals.

Cornall addressed water concerns, too. He said it is true that picking up a wild tortoise crossing the road or in another situation can cause it to eliminate its water supply.

“We don’t get much rain here and while they do get some water from food and do drink from other water sources in the wild, tortoises reuse the moisture in their bodies. Leave them alone as long as they aren’t in the middle of the road or in danger. Try not to scare it and always carry it in the direction it was headed. Don’t send it back to where it’s been,” the biologist said, noting that a tortoise on its back will die unless flipped rightside up.

Janina Little, an adoption coordinator for the group, took over the presentation to speak about fencing the habitat, construction and the adoption program.

“Tortoises can climb. Habitat walls should not be actual fencing. It should be solid and at least 18 inches tall. The expression about the grass being greener on the other side applies to these animals as well. If they can see it, they want to get to it.”

She commented on the speed of a tortoise as well. “They are faster than you think. Gates and driveways need a simple barricade you can slip into place whenever you need to go out. Use them, even if you are just going to the mailbox or to take the trash out.”

A video presentation depicting the construction of a habitat was narrated by Little. She said tortoises can drown and the entrance to the habitat should be south-facing if possible, and elevated so no water can run into the burrow.

“Burrows constructed of untreated wood should last about 15 years, even underground,” she said.

She warned against toxins and said to use screws to put the burrow together and not glues. She also said no particle or pressed board.

The burrow should be long enough to form a gentle slope down to 18 inches. “It can’t be too steep or the tortoise won’t be able to get out.”

Depending on the size of the tortoise, Little said the burrow should be filled with enough dirt for the animal to move around, but prevent air circulation. It must be L-shaped as well to give the tortoise room to turn around. “They don’t do reverse very well,” she chuckled.

The burrow is topped with another board before it is covered with natural earth. Little showed some examples of how the entrance can be enhanced with stones or bricks.

Adoption of a Desert Tortoise is only meant for those wanting to put forth the effort to take care of them. Cornall said from the workshop, the organization had two people sign up as volunteers and two sign up to adopt a tortoise.

The adoption fee is $75 and the habitat must be inspected before its new resident arrives.

Although people have multiple tortoises now, a law was passed in spring 2013 to limit ownership to one tortoise.

Cornall said, “We tend to forget how long these creatures live. They can live to 100 years old. If you’re 50 now and adopt a baby tortoise, that tortoise will outlive you. Be sure the tortoise is age-appropriate for you.”

The Tortoise Group is working with the Nevada Fish &Wildlife Service to cut down the number of backyard breeders and a clinic for veterinarians will take place later this month on sterilization techniques.