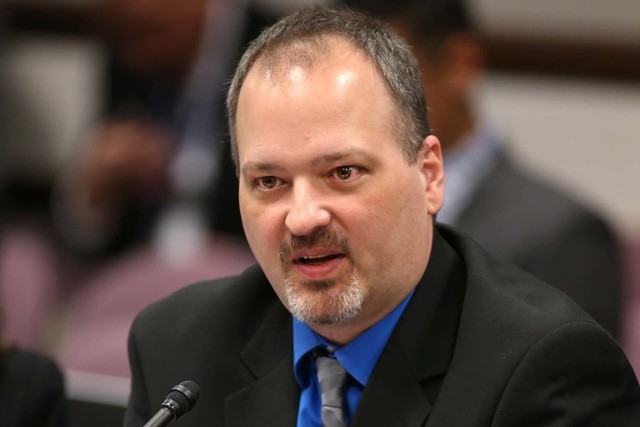 CARSON CITY — The Nevada Senate on Monday passed legislation prohibiting domestic violence abusers from possessing guns and making it easier for gun owners in other states to carry a concealed weapon in Nevada.

Senate Bill 175 also adds an occupied vehicle to Nevada law involving justifiable homicide. It passed on a vote of 14-5 with some Democratic support and now moves to the Assembly, where passage in the Republican-controlled chamber is likely.

State Sen. David Parks, D-Las Vegas, twice tried unsuccessfully to amend the bill on the floor. He wanted to ensure adequate training in other states before Nevada recognizes their concealed weapon permits.

It was the second of two gun-related bills to see progress in the Nevada Legislature on Monday.

Earlier, Assembly Bill 167, which would allow Nevadans with concealed-weapons permits, and law enforcement officers to carry loaded weapons on their person in a home or car and still be eligible to be foster parents, won approval in the Assembly.

The vote was 26-15, a party-line vote with Republicans in support except for Assemblyman James Ohrenschall, D-Las Vegas, who voted with the majority.

Brian and Valerie Wilson of Las Vegas are seeking the measure for themselves and others in a similar situation. In previous testimony to the Assembly Judiciary Committee, the couple said their attempts to get a variance from a state regulation prohibiting the carrying of loaded weapons with foster children was denied.

The bill now goes to the Senate.

Another bill heard Monday by the Senate Judiciary Committee revives a Republican-backed bill that died in the 2013 session when Democrats were in charge.

The measure also requires that if a patient makes an explicit threat of violence, a mental health worker must inform the threatened person and notify law enforcement.

Roberson, a Henderson Republican, said the bill aims to keep guns out of the hands of those suffering from mental illness “without enacting overly-restrictive gun control laws and thus upholding our constitutional rights.”

He said the legislation “will keep guns out of the hands of those who pose a threat to themselves or society.”

No one testified in opposition, but the state Democratic Party issued a statement calling it a mask for meaningful controls.

That legislation was vetoed by Republican Gov. Brian Sandoval, who called it an erosion of Nevadans’ Second Amendment rights.

The issue spurred a petition initiative seeking to require background checks on all gun sales or transfers through a licensed firearms dealer. That measure will appear on the 2016 ballot.