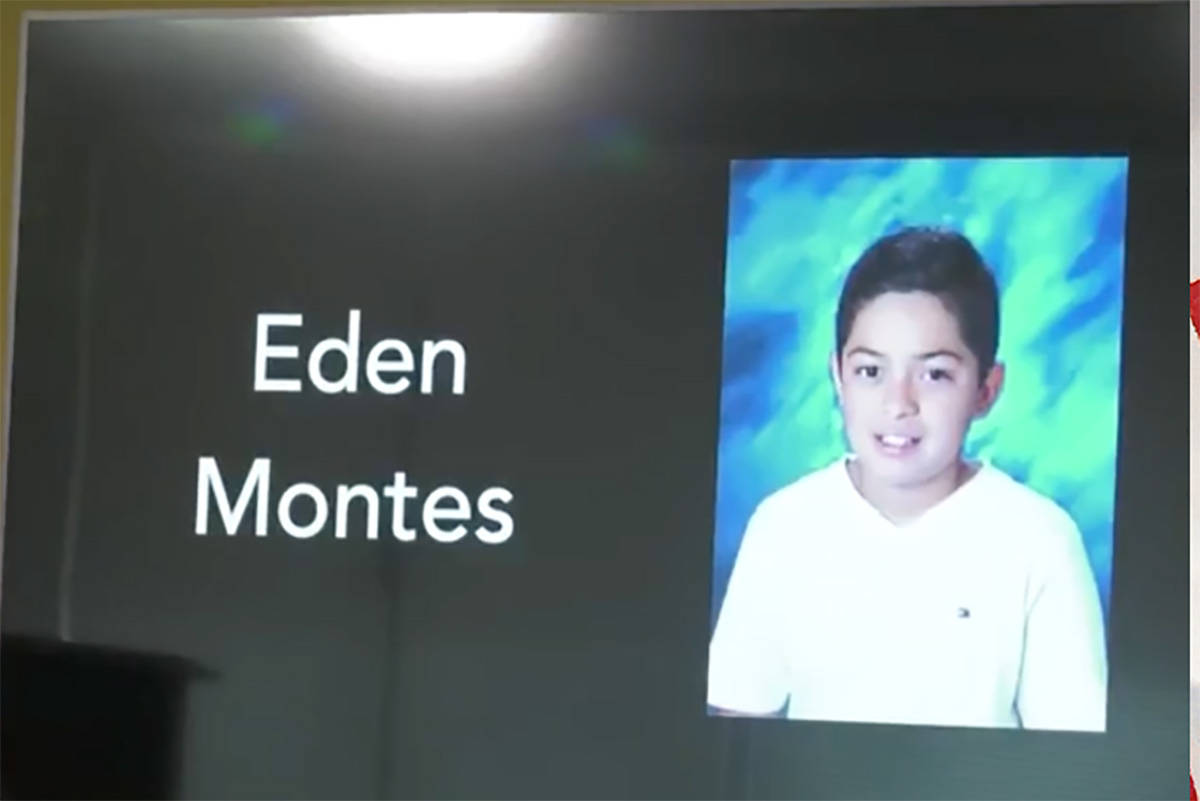 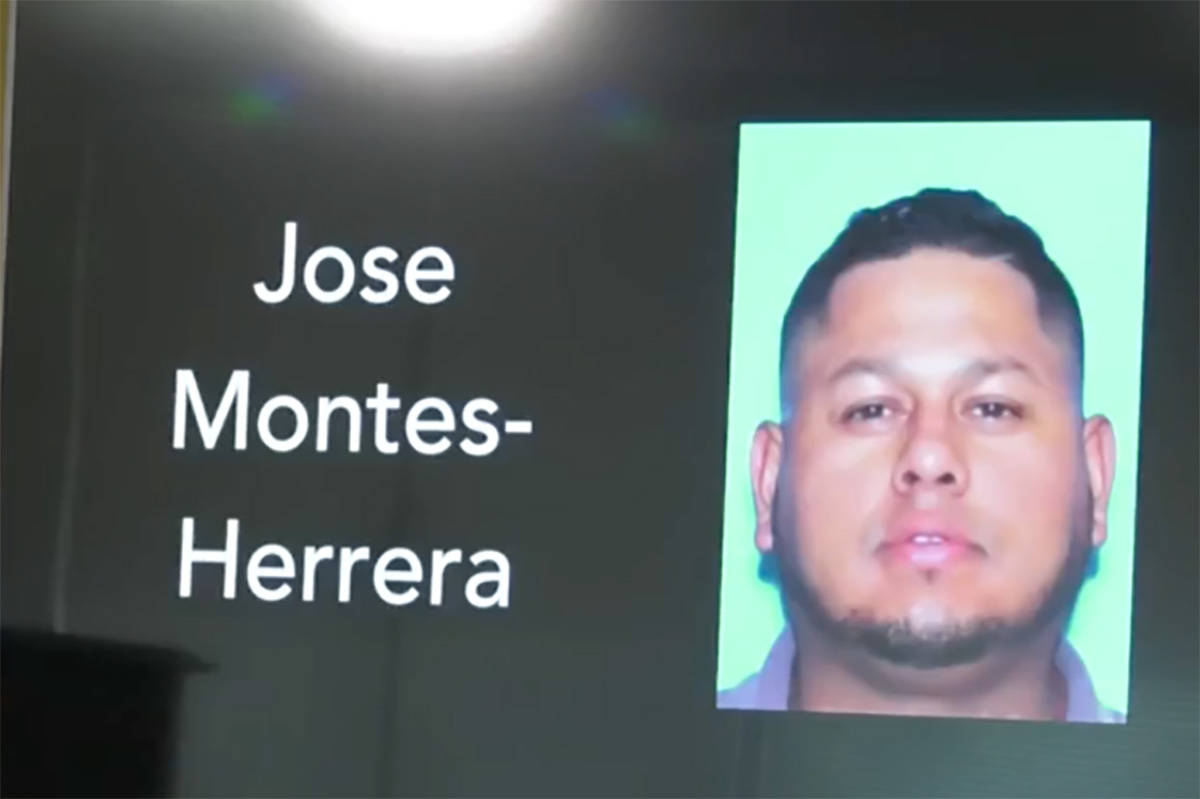 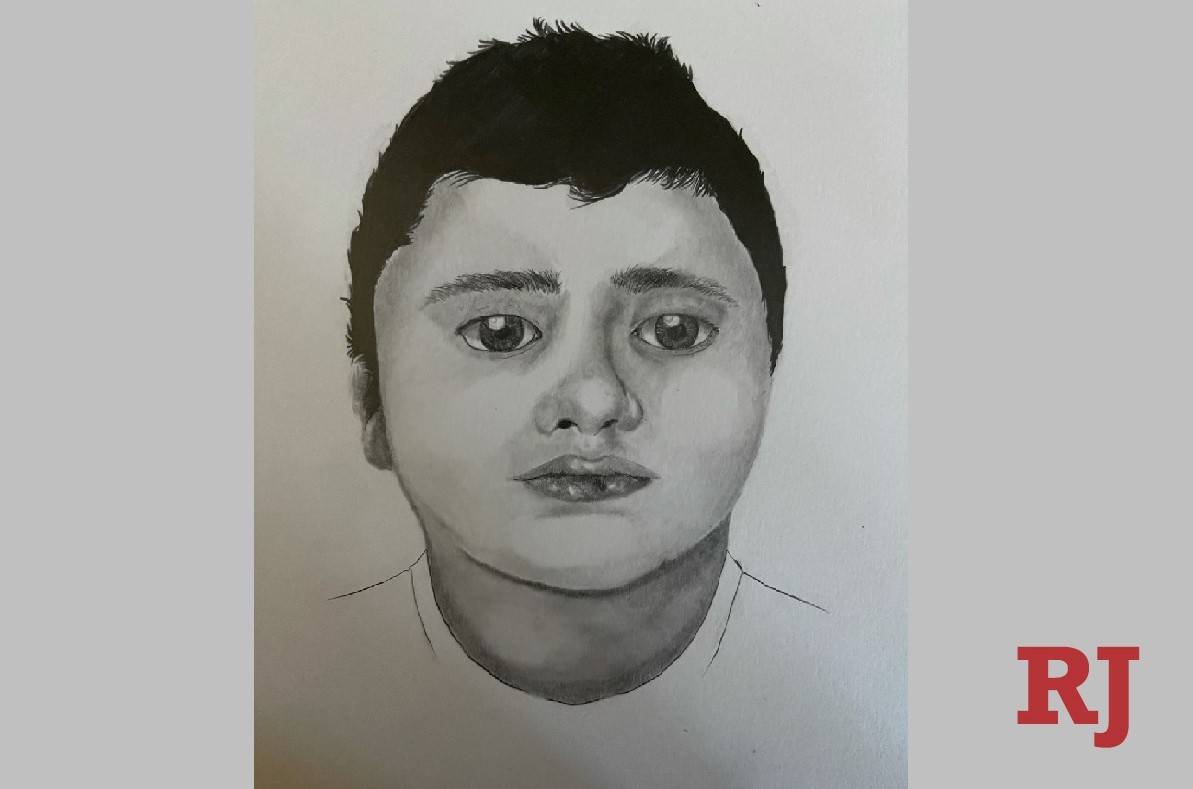 The body of a boy was found Friday between Las Vegas and Pahrump. The boy was described as a Hispanic 8-year-old, standing 4 feet 11 inches and weighing 123 pounds. (Las Vegas Metropolitan Police Department)

An 11-year-old boy believed to be the brother of a child found dead in Mountain Springs on Friday has been found safe, according to Las Vegas police.

The Metropolitan Police Department on Saturday morning said Jose Montes-Herrera, 37, was last seen with his sons — an 8-year-old and 11-year-old Eden Montes — on Thursday night. An emailed statement from the department sent at 2 p.m. Saturday said both the 11-year-old and his father were found safe.

It was not immediately clear if the 11-year-old’s half-brother has been found, or if the body found Friday is still believed to be him.

It was also unclear if the boy’s father remained a person of interest in the death of the child found Friday.

Homicide Lt. Ray Spencer is expected to give an update on the case at 3:30 p.m. Saturday.

The 8-year-old was not identified until early Saturday, when Spencer spoke with the boy’s mother after she saw a sketch circulating from the department. Police did not release the 8-year-old boy’s name, but he will be identified by the Clark County coroner’s office.

A group of hikers found the boy’s body at about 7:45 a.m. Friday morning in a forest area near the Mountain Springs Trailhead, off of state Route 160 between Las Vegas and Pahrump. Police said in a statement released Friday evening that the boy’s body may have been placed in the area within 12 hours of him being found.

By Friday afternoon, Mountain Springs resident Anna Jones had placed flowers and a small cross reading “RIP Sweet Child” in the gravel turnoff near where the boy’s body was found.

“How can you do that?” she said about the boy’s death. “I just can’t even think of how that could happen.”

Police knocked on doors throughout the small community on Friday morning, searching for any information to help the investigation.

“He is clearly the victim of a homicide,” Spencer said Friday, although he did not say if detectives have determined exactly how the boy died. Police urged anyone with information about the boy’s death or Eden and his father’s whereabouts to contact Metro at 702-828-3521. The department has created another 24-hour tip line at 702-828-2907. Anonymous tips can be left with Crime Stoppers at 702-385-5555.