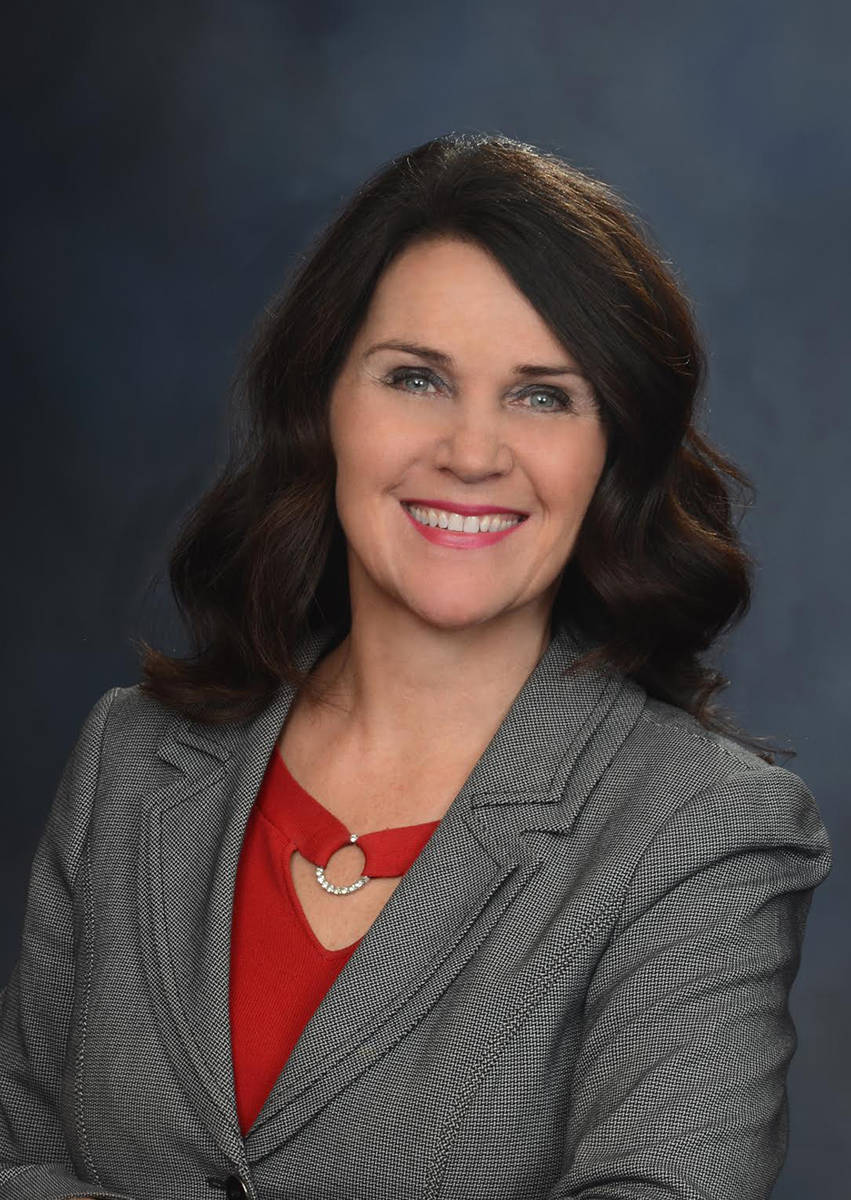 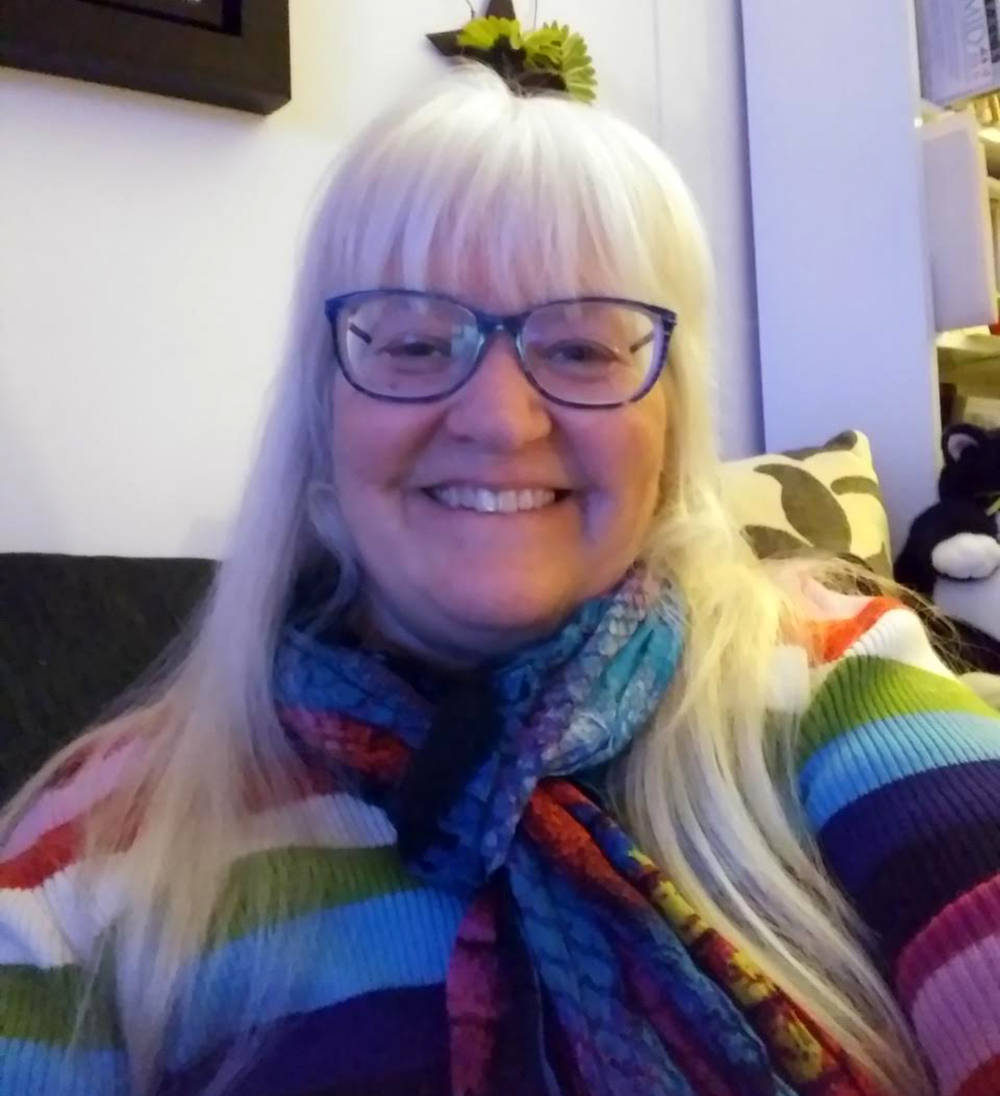 The 2020 general election will be something of a rematch between the two candidates seeking the Nevada Assembly District 32 seat this year, with Democrat Paula Povilaitis taking on Republican Alexis Hansen for the second time in just two years.

The incumbent candidate in the race for Nevada Assembly District 32, Hansen has spent the past two years as the elected representative for one of the largest Assembly districts in the contiguous United States, covering 38,000 square miles over seven different counties, including the northwestern-most corner of Nye County.

A fifth generation Nevada native with a deep love for the Silver State in all its vast diversity, Hansen said her entry into politics was not something she had planned. Things simply seemed to fall into place when in 2018, her husband and high school sweetheart, Nevada State Senator Ira Hansen, suggested she consider running for office. Despite initially laughing off the idea, it eventually took root and she decided to make the leap, successfully campaigning for the Assembly District 32 seat. Now, with one regular legislative session and two special sessions under her belt in just her first term, she wants the opportunity to continue on in that capacity for another two years.

“In a nutshell, my approach to politics is, the government that functions best, functions closest to the people. I tend to be suspicious of big government. I have more confidence in local control,” Hansen told the Pahrump Valley Times. “I believe in individual responsibility and that the government can be a safety net, but we have our communities and our families as our first line of support and the government is there as the last resort.”

Hansen said she has a few hard-set ideals, noting that she is is pro-life, pro-Second Amendment and a supporter of President Donald Trump.

On her plans for the upcoming legislative session, she said for the most part she is keeping the bills she’d like to sponsor close to the vest for now, to prevent any preemptive attacks by those who might oppose them. However, she did share that she would be bringing back a bill she sponsored last regular session geared toward requiring medical providers to inform pregnant women about resources for free ultrasounds, particularly if they are considering an abortion. Additionally, she said the fact that there were no liability protections approved for hospitals or school districts in special session was very disappointing, so she would absolutely support a bill to provide the same liability protection for hospitals and schools as those given to other entities.

Hansen added that she has several other areas of concern she said she’d be keeping a close eye on as well. The redistricting of the legislative boundaries in the state, for example, was something she said she’d be watching, as she harbors some worry about the ultimate fairness of that process. Protecting small businesses from legislation that could harm them and inhibit the growth of the small business sector is another area she wants to focus her attention.

“I’m doing this because I love the state of Nevada, I truly do. Nevada is in my DNA. I love the history of our state, I love all of the different kinds of areas in the state,” Hansen concluded as her interview came to a close. “I’m not a politician, I’m just a regular Nevada gal who wants to engage with my district and be able to represent and make heard the voices of those in my district. I am in this, no matter how hard it is. In the climate we are in, it’s so caustic but our state is worth it and my district is worth it, so I am honored to be able to do it. Hopefully for district 32, as their representative, I reflect the kind of voice they want in the Legislature.”

Voters can learn more about Hansen at www.AlexisHansenNV.com

Growing up in a small town in Montana, Povilaitis moved to the rural Reno area 20 years ago and the rural way of life is near and dear to her heart. As such, she said she wants do all she can to protect the rural lifestyle while simultaneously finding solutions to the unique problems faced by those living in the often highly remote parts of Nevada Assembly District 32.

One of the biggest needs for the rural areas of the district, particularly now in the face of the COVID-19 pandemic and upswing in distance learning, is the expansion of broadband availability.

“A big thing for me is getting broadband internet to my rurals,” Povilaitis stated during her interview, noting that she felt lucky to even be able to conduct an over-the-phone conversation from where she was located that afternoon. “We need that. The USDA had budgeted for that to happen for the rurals and this was back in the Obama era. And it just hasn’t happened. That would be something that comes from the federal level but it’s something where pressure can be put on it from state legislators too.”

Povilaitis then brought up the Interstate 11 corridor project, noting that this could provide the perfect opportunity for the installation of broadband infrastructure. “Boy is that corridor needed! It’s so needed. That means jobs, and we could be putting in internet as we do it and we could get this done quickly, if we would just coordinate our effort to do it,” she asserted.

Characterizing herself as something of an environmentalist, Povilaitis said she also has a keen interest in environmental activism and as such, she has deep concerns about how one of the biggest industries in the state, mining, impacts the state’s water and wildlife.

“When economics runs into environmental impact, what do we do? Well, I fall on the side of, let’s make less money and save the environment,” Povilaitis said. However, she did concede that there must be a balance between protecting the environment and fostering what is obviously a huge economic engine for district 32’s citizens and she would continually seek win-win scenarios when addressing the state’s problems.

Also on the environmental front, Povilaitis said she is astonished that Nevada has not yet required new construction to incorporate solar energy technology and she would be a staunch advocate for doing so.

“Any new build, solar panels should be automatically put in at the time of the build,” Povilaitis said. “But I just can’t get our developers to get on board with that. And I am sorry but we need to have whatever incentives we can give homeowners to make that happen.”

Povilaitis said she has also noticed a downward trend in the real estate market in district 32 and that leaves her with some concerns about the future of the district. As the area’s population ages and existing residents struggle to sell their homes, she said she wants to find new sources of attraction for the younger generation. Broadband is key in this, she declared, as is diversify the district’s primary industries to include other aspects, such as distribution and warehousing.

As a final note, Povilaitis said she simply wants the chance to represent the district that she loves and the people who call it home.

“I will be the advocate for the rural lifestyle and the people who have chosen it. I am kind and compassionate. In the Nevada Legislature I will be a critical thinker and a person of common sense. I am a leader that will be a good pick for Assembly District 32,” she concluded.

To learn more about Povilaitis visit www.PaulaForAssembly.com, email PaulaforAssembly32@gmail.com or call her directly at 775-544-4024.