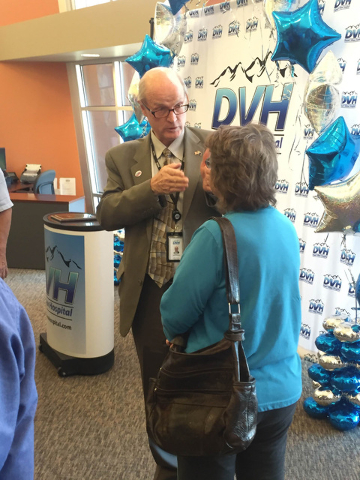 After the closure of Tonopah’s only hospital last year, a plan is in the works to make sure any other rural area hospitals don’t suffer the same fate.

Hardy wants to ensure that Nevada residents in rural areas aren’t left high and and dry like Tonopah residents were when Nye Regional Medical Center shut down in August, forcing them to drive hours away to receive medical treatment.

“What we found was shocking. More than 30 percent of America’s rural hospitals are vulnerable to conditions that have caused the closure of 71 facilities since 2010,” Congressman Hardy said. “Rural communities are home to some of our most resilient people, but they are too often overlooked for that very reason. We need to act now to prevent more families from losing their lifelines in times of emergency.”

“The growing fragility of rural hospitals, combined with inaccessibility issues and grave health disparities, threatens the economic viability of the most underserved communities in our country,” Congresswoman Sewell said. “As more rural hospitals are being forced to shut their doors and rural health services are being cut, it is my hope Congress will pass the Rural HEALTH Act.”

The Rural HEALTH Act would authorize a state grant program that would provide $15 million for five years to improve state rural health systems. The program was last authorized in 1992 and has devoted $10 million in years past.

“Congressman Hardy is definitely stepping in the right direction, it’s a smaller bill but it has the ability to really work in some clinics and some rural hospitals in Nevada and it’s a great idea,” Adams said. “Desert View probably doesn’t need to take advantage of this, but I know there are other facilities in the state, that this would be breath of fresh air for them.”

The Rural HEALTH Act intends to support existing rural hospitals through State Offices of Rural Health and incentivize construction of new facilities for communities in need.

The incentives for new construction includes $100,000 that can go toward construction and improvements and if Desert View did utilize the bill, it could be for updates, although the money amount is not great.

“We’re always looking at ways to grow, there’s a small dollar amount in there for construction, but you can’t buy a lot of construction for $100,000 in health care today,” Adams said. “That’s where it could be used for some services and things of the like. I applaud Congressman Hardy for starting this out and I think it will get legs and this bill has chances of getting larger as well.”

The plan also requires the federal Department of Health and Human Services to report on the state of America’s rural health systems on a yearly basis. The annual report hasn’t been done since 2003, and would examine the number of hospital closures and their causes.

“The proposed reauthorization of the SORH grant program will allow the Nevada SORH to continue to provide vital technical assistance and support to rural and frontier hospitals in Nevada,” said Doctor Evan Klass and Director Gerald Ackerman with the Nevada State Office of Rural Health.

With Nye Regional closing being a prime example, medical services are not a given in some rural areas.

Renown Medical Group, scheduled to open a new medical facility in the former space of Nye Regional Medical Center in Tonopah, will open June 1. Renown will lease the building through Nye County.

The facility will operate Monday through Thursday once open and will offer access to primary care and specialty care through telehealth technology. The clinic will not offer emergency services.

The medical center will offer primary care and more than 30 types of specialty care including neurology, gastroenterology, endocrinology and behavioral health. Plans are also in the works to provide on-site lab testing, including strep, flu and pregnancy tests. X-ray services will also be on site.