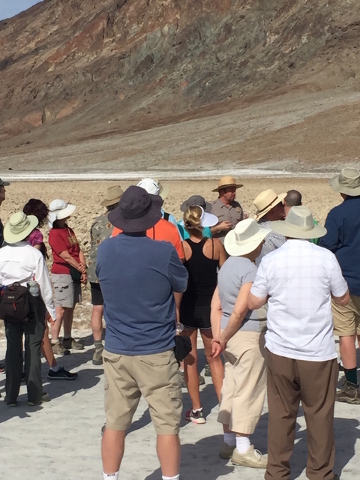 A German man found dead along a remote road in Death Valley National Park on June 9 was overcome by the heat, according to the coroner in Inyo County, California.

It is believed Egger may have been dead for one or two days before his body was discovered near his motorcycle, which was parked upright and in working condition on Harry Wade Road, a dirt track at the southern end of the 3.4 million-acre park.

Death Valley’s official weather station in Furnace Creek, California, about 61 miles west of Pahrump, recorded a high temperature of 118 degrees on the day the man was found.

The high at Furnace Creek was expected to hit at least 115 degrees every day through next Monday, according to the National Weather Service.

The man’s death and two other recent incidents in remote parts of the park prompted a warning from the National Park Service about the dangers of off-highway travel in extreme heat.