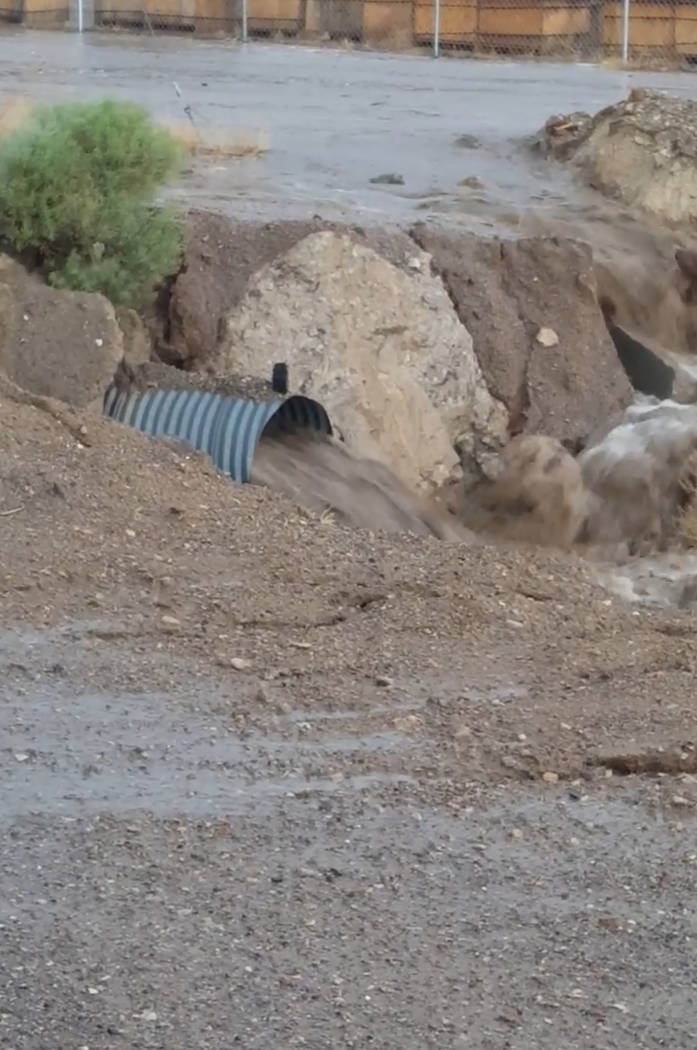 Rhonda Pope/Special to the Times-Bonanza This screenshot of video by Rhonda Pope shows the result of strong storms that moved through Tonopah, prompting a flash flood warning Tuesday in Tonopah and regional communities.

Record rainfall for the date was reported at the Tonopah Airport on Tuesday, as a storm moved through the region, the National Weather Service reported.

“Now, some locations likely received quite a bit more from this thunderstorm complex that passed through, resulting in flash flooding,” the weather service said in a Facebook post early Wednesday.

“This raises the monthly total to 0.35 inches, and (we’re) not even halfway through the month,” the statement added.

A chance of storms remained in the Tonopah forecast for the next several days.

See the video from the storm on the Facebook page of the Pahrump Valley Times.