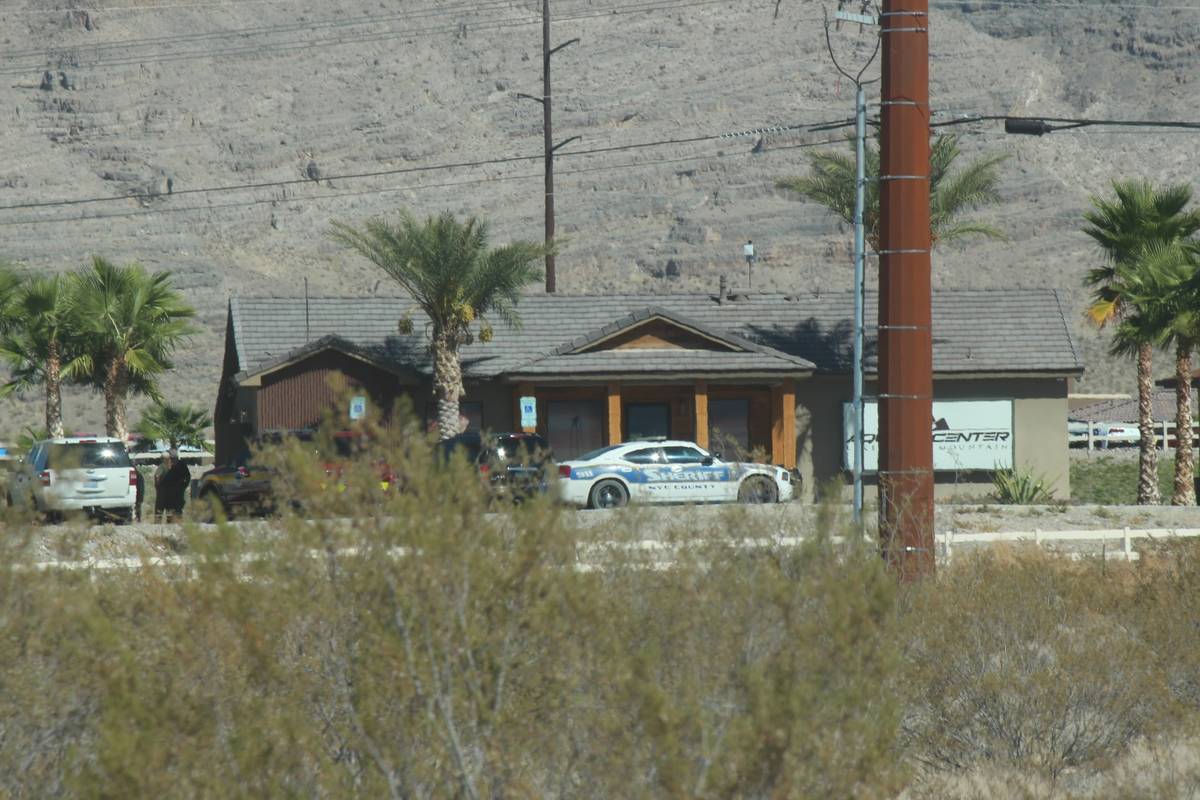 Jeffrey Meehan/Pahrump Valley Times The Nye County Sherrif's Office responds after a helicopter landed in a lake and sank in Pahrump on Friday, Oct. 16, 2020. 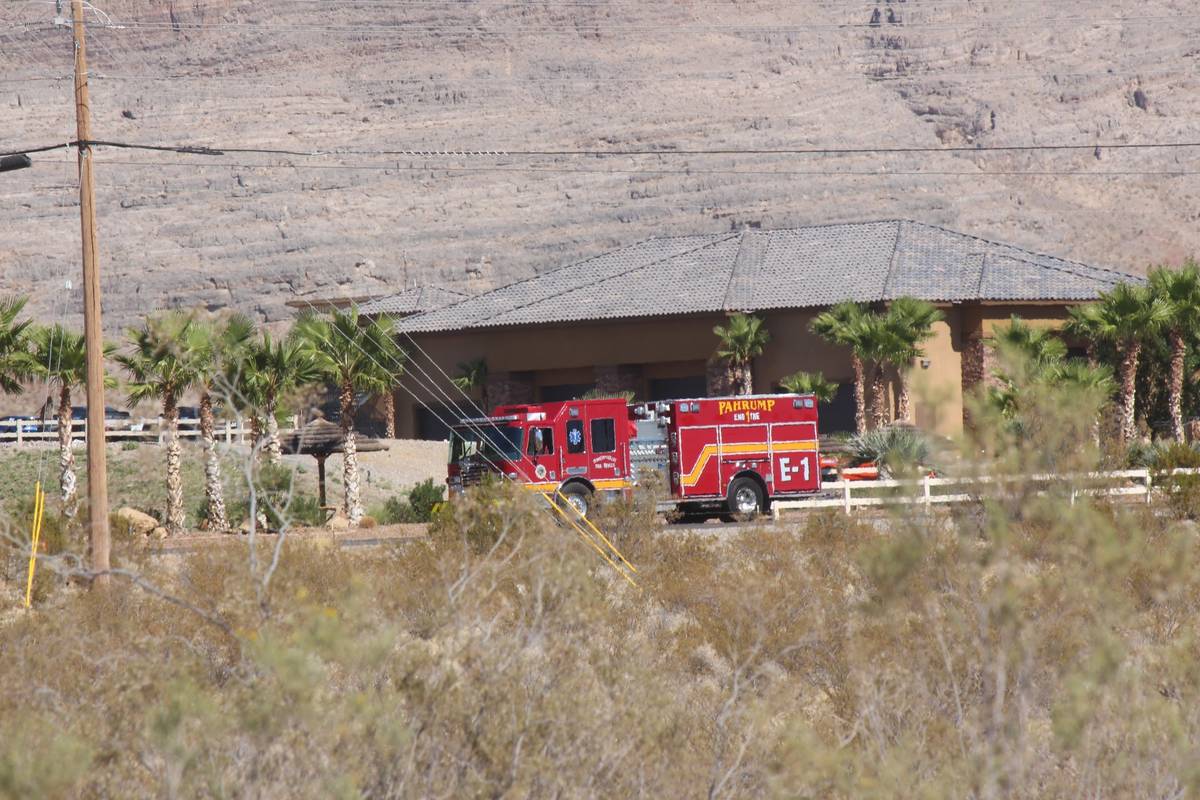 Jeffrey Meehan/Pahrump Valley Times A fire truck responds after a helicopter landed in a lake and sank in Pahrump on Friday, Oct. 16, 2020. 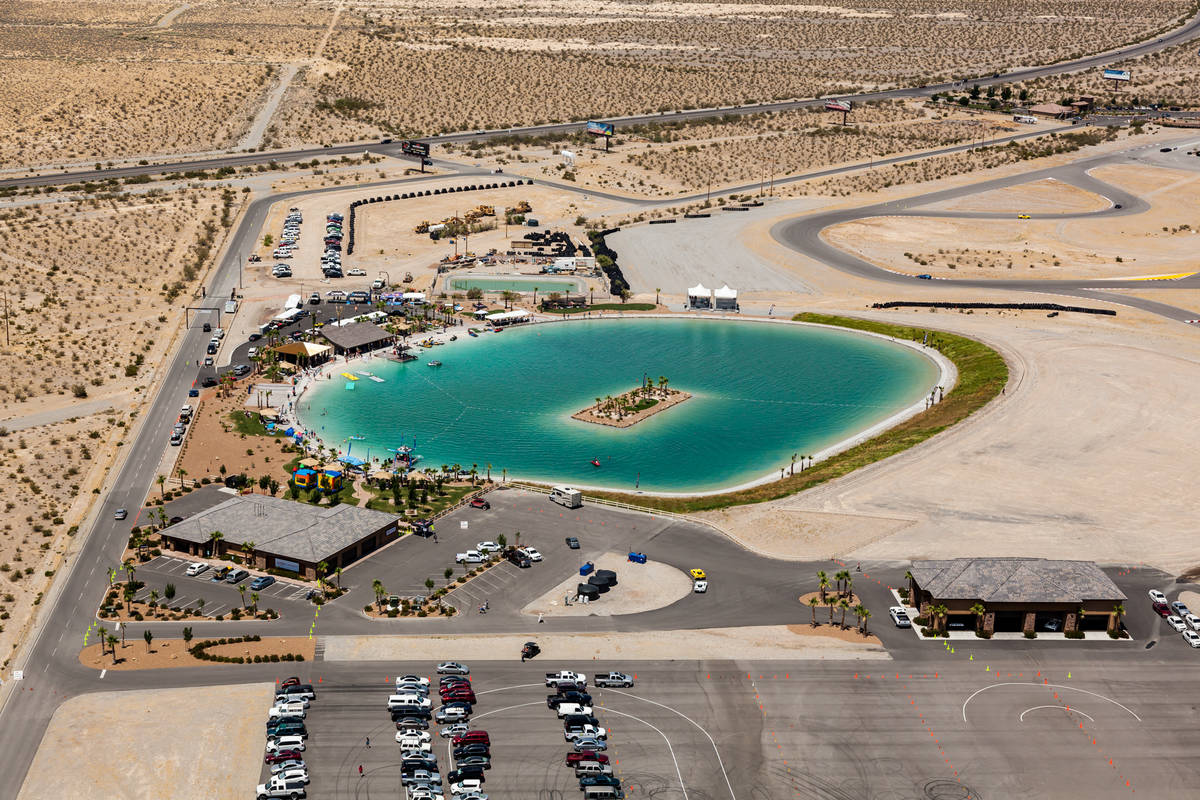 Special to the Pahrump Valley Times An aerial view of the four-acre lake at the Spring Mountain Motor Resort and Country Club.

No serious injuries were reported following the crash of a helicopter in a lake at the Spring Mountain Motor Resort and Country Club just after 10 a.m., on Friday morning, Oct. 16.

“We were dispatched for a report of an aircraft accident in the area of the Spring Mountain Motorsports Ranch,” Lewis said.

He continued, “Crews arrived to find the accident as described. Crews were placed into Level-1 staging to assist with the recovery of the helicopter. There were no injuries reported. A small spill from the aircraft was quickly contained with materials provided by Pahrump Valley Fire and Rescue Services, along with the Department of Emergency Management. It was quickly controlled and also the hazard was removed. It is under investigation by various federal and local agencies.”

Allen Kenitzer, of the Federal Aviation Administration, Office of Communications, identified the aircraft as a four-seat Robinson R-44 helicopter, produced by the Robinson Helicopter Company, based in Torrance, California.

Kenitzer also noted that there were three passengers were aboard the aircraft at the time of the crash.

“The helicopter crashed and sank in a lake at Spring Mountain Motor Resort shortly after 10 a.m., Kenitzer said.

Kenitzer continued: “The FAA and the National Transportation Safety Board are investigating. The NTSB will be in charge of the investigation and will determine the probable cause of the accident. Neither agency identifies people involved in aircraft accidents. This information is preliminary and is subject to change.”

Officials at the resort did not respond to requests for comment on the crash.