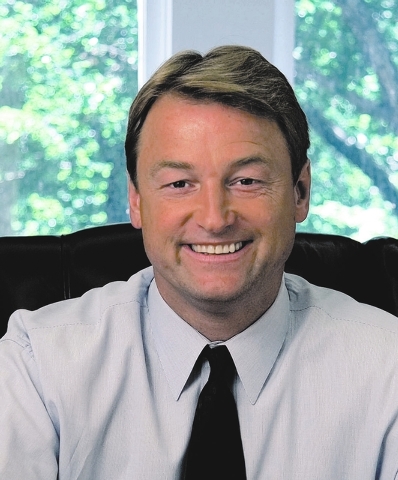 U.S. Sen. Dean Heller, R-Nev., predicted another showdown over the budget in three months, when Congress meets deadlines designed to end the last crisis that shut down most federal government functions for 17 days and almost led the country to default on its debts.

“Everybody uses this phrase kicking the can down the road, but I believe what we do three months down the road is almost identical to what we’re doing today,” Heller said in a conference call with rural reporters Wednesday.

Heller voted against a bill allowing the government to continue paying its bills until Feb. 7 while a committee negotiates a budget plan. He predicted the committee will fail like the super committee set up to avoid a debt default in 2011, it failed and automatic budget cuts went into effect this year called sequestration.

“I guarantee you there won’t be a grand bargain, just like the super committee was a super failure. I think the grand bargain will be a grand failure. I don’t see that happening in the next 90 to 120 days. Then we’ll be in the same situation. Nobody wants to make the tough decisions in Washington, D.C.,” Heller said.

The senator introduced legislation to deny pay to congressmen if a budget isn’t enacted. He said a provision written into the recent budget negotiations denying members of the House and Senate pay if they didn’t pass a budget out of their house of Congress was a weaker form of that bill. It didn’t include whether a bill is passed out of conference committee.

Heller defended his vote against the budget agreement crafted by leaders of both parties at the last minute on Oct. 17. Some experts predicted catastrophic consequences if the federal government defaulted on its debt. There was the possibility Social Security checks and Medicare payments wouldn’t go out Nov. 1.

“I refuse to push forward any legislation or debt limit increases that does not bring us any closer to fiscal sanity here in this country. I was one of the 18 senators that voted no. I want to see at least progress. I’m not asking for any austerity acts, what I want to see is a plan. I want to see a plan how we get our country’s debt in shape, we’re $17 trillion in debt,” the senator said.

“In the last shutdown there was no change. Nothing getting us closer to balancing revenues and expenditures, hence why I voted against the deal at the end of the day,” Heller said.

In response to a question from a reporter in Fallon who heard complaints about national guardsmen not getting their pay, Heller said of the shutdown, “That is so disruptive for this country but the way we’re governing in Washington, D.C. is simply broken.”

“Frankly I wasn’t happy with the government shutdown. I didn’t see any upside to shutting down the government,” Heller said. “I’d like to see us being responsible people in Washington, D.C.”

Heller said 85 percent of the revenue to fund the federal government came in during the shutdown. He left it up to the Obama administration to decide where the other 15 percent would come from, he said.

“So we can decide paying the interest on our national debt is a good idea, which I believe it is. It’s only 7 percent of the budget,” Heller said.

He said as a senator campaigning for president, Barack Obama promised to halve the size of the national debt, instead it will have doubled from $10 trillion to $20 trillion during his two terms of office.

Heller endorsed the Erskine-Bowles plan, co-chairs of Obama’s Deficit Committee in 2011. It calls for cutting spending and raising taxes. Some tax deductions would be eliminated, it would tax capital gains and dividends as ordinary income, there would be three tax brackets with the top tax bracket at 24 percent, and there was a suggestion to raise the federal gas tax 15 cents per gallon.

“Nobody agrees with everything that was in their proposal, but if we can open it up to amendments, we can bring up a proposal,” Heller said. “There’s work on mandatory spending cuts, revenue enhancements, all of that is in that legislation. That’s where we all have to start. If we want to put any sanity in Washington, we have to start with that grand bargain.”

Heller said he supported requiring members of Congress to subscribe to Obamacare if that program is supposed to be good for the country.

The senator said he was the only member of the Nevada congressional delegation to vote against sequestration, the automatic budget cuts, that took effect Jan. 1.

“The reason is I see there’s a right way to do this and a wrong way to do it. The fact we’re going after the military the way we are, with the cuts they have to take, is a bit too much,” he said.

Heller gave a brief statement about two pieces of legislation he sponsored recently. One bill would take a section out of the Patriot Act that would eliminate the ability of the National Security Agency to use the practice of bulk collection to obtain telephone records of millions of Americans. Heller said the NSA could have been monitoring his conference call. He said the legislation would require the feds to get a court order if they want more access to phone calls.

Heller said he voted against the Patriot Act. “I don’t imagine any law-abiding citizen would’ve imagined this bill would do what it has today.”

“I think the public is really outraged. I agree with them,” he said.

Another bill he said would set up a Federal Mortgage Insurance Corporation to monitor that industry.

“That has to do with Fannie Mae and Freddie Mac. We’re trying to ratchet down those agencies that had a lot to do with the housing collapse in 2008. What we’d have is something that closely monitors the FDIC (Federal Deposit Insurance Corporation),” Heller said. “What we’re trying to get is 10 percent equity capital from these agencies, which is more than double what they had in 2008, so if there are risks there would be plenty of capital to cover the losses.”

Heller explained his sponsorship of the Critical Minerals Policy Act of 2013 along with 16 other senators. It is designed to prevent future supply shocks of critical minerals needed for the defense, energy, electronics and medical industries.

“It provides needed direction to federal agencies to update federal minerals policy to make it reflect the importance of mineral production. It’s probably going to affect Nevada since we produce more hard rock minerals than any other state. The bottom line is we need a strong minerals policy to protect the economy in this country from over-reliance on other countries like China,” he said.