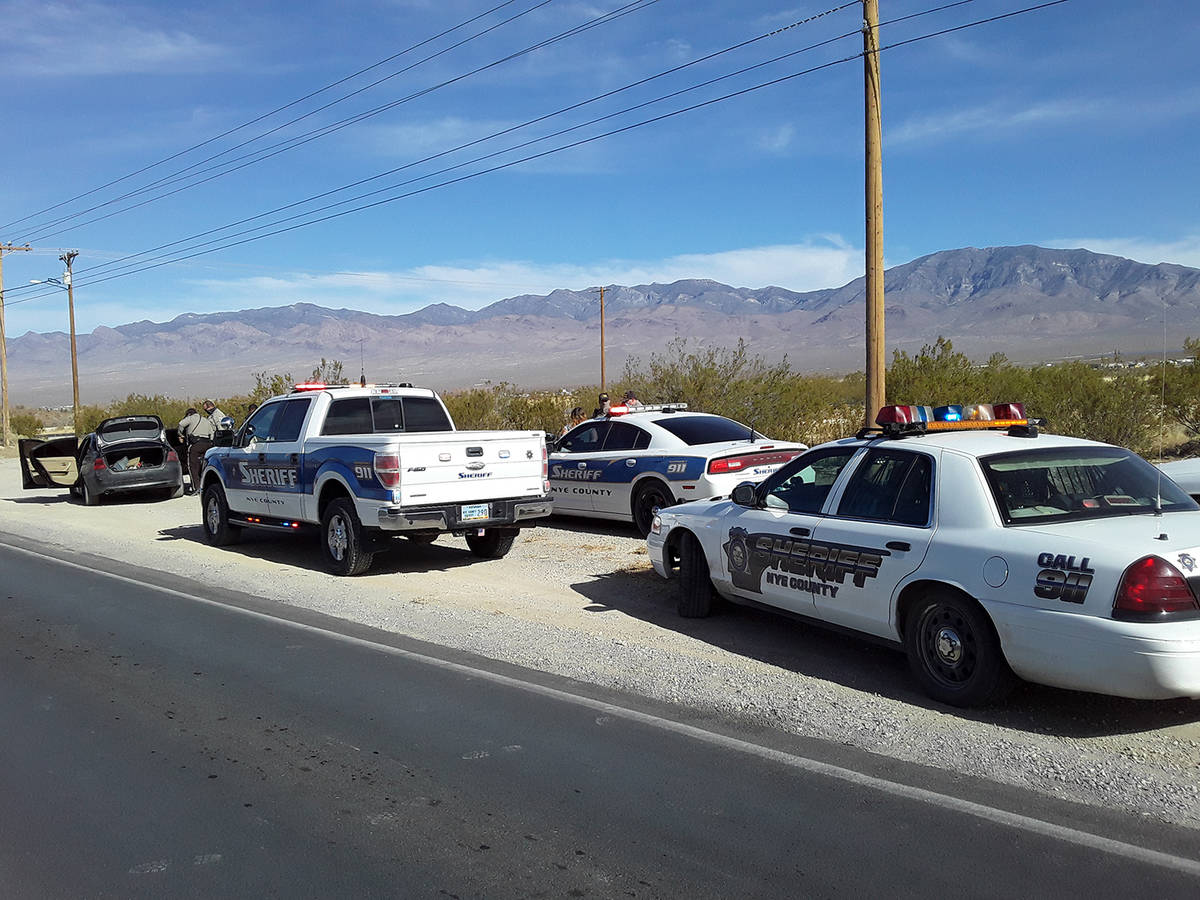 According to Nye County dispatch, a deputy attempted to pull over a black late-model BMW traveling southbound along Highway 160 near the China Wok restaurant just after 11:30 a.m., when the driver allegedly failed to yield for a traffic stop.

As additional deputies joined in the pursuit, the driver fled westbound on Highway 372, where the driver reportedly exceeded speeds up to 80 miles per hour at one point during the chase, all while blowing stop signs, according to pursuing deputies.

The unidentified driver turned onto North Blagg Road and continued, eluding deputies before finally pulling over near Bell Vista Road, where a felony stop was executed on the driver along with two occupants in the vehicle.

As a result, the driver was arrested, while the two individuals were eventually released following the initial investigation, according to deputies on scene.

No injuries were reported and no additional details were provided from the sheriff’s office by press time.