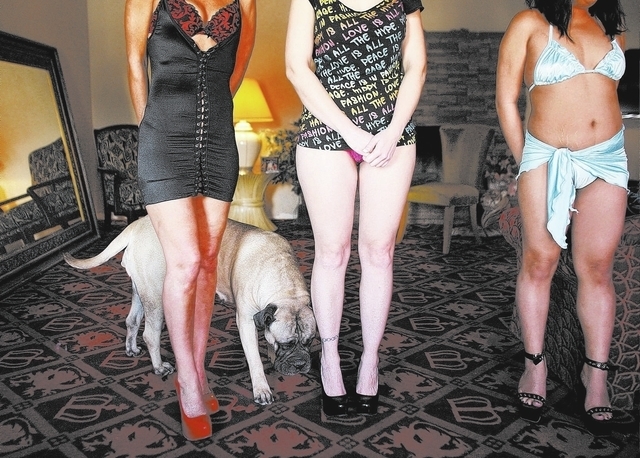 If the NFL's Oakland Raiders relocate to Las Vegas as laid out, the Dennis Hof-owned Love Ranch South brothel in Crystal would offer players and staff a 50 percent discount on sex services. John Locher/Las Vegas Review-Journal

With all the buzz about the NFL’s Oakland Raiders possibly relocating to Las Vegas, one of Nevada’s most notorious businessmen is trying to do his part to help lure the team to Southern Nevada.

Famed brothel owner and reality television star Dennis Hof said the Love Ranch South Brothel, located just outside of Pahrump in Crystal, would offer Raiders players and staff 50 percent off sex services at the house of legal courtesans, which has caught the attention of national media outlets like TMZ.

“With the talk of the Raiders coming to the area, I wanted to give them a little extra incentive,” Hof said. “Everybody wants a deal. So we figured we’d give them some special pricing and maybe that will entice some of the bosses there to bring that team to Las Vegas where it belongs.”

Last month Gov. Brian Sandoval signed Senate Bill 1 into law, which was voted in favor of by the Nevada Legislature and will provide $750 million of the $1.2 billion estimated for the proposed 65,000-seat domed stadium in Las Vegas. The $750 million would be funded by bonds backed by a 96-cent room tax increase on hotel rooms in the majority of Clark County.

Hof said that his businesses have been behind the Raiders and some of his girls attend games regularly in Oakland.

“We have always been supporters of the Raiders in our Northern Nevada ranches, and now we get to have them right here in Nevada where they belong,” he said. “We’ve always been Raiders fans and it’s the closest place to the Bunny Ranch and the girls go to the games and some of them have season tickets.”

According to Hof, he is no stranger to players from Oakland, as he said he’s had interactions with them in the past.

“We know the Raiders, just like we know the (Los Angeles) Lakers, it’s amazing, guys like to have a good time,” he said. “They can come to Nevada and shoot their weapons and party with hot girls and have a good time. Of course, all the sports teams know me.”

Secrecy is important to Hof when it comes to high-profile guests visiting his establishments and he said as long as they don’t go overboard and do something illegal, no one outside of him and his employees will know they were there.

“You’ve never heard of the celebrities that have been there, lots of celebrities come to these ranches and they come for privacy and discretion,” Hof said. “The only time there’s an exception to that is when they do something stupid like Lamar Odom.

“There was no other way, that had to get in the news.”

The Love Ranch South made headlines in October 2015 when Odom, the former NBA and reality show star, was found unconscious due to an overdose inside of one of the rooms after a weekend at the brothel.

Hof, who is running for Assembly District 36 in Tuesday’s General Election, said if he was in office at the time of the vote, he wouldn’t be sure which side he would have been on, due to not having all the information on SB1.

“Yes and no. I say that because I don’t have all the details,” he said. “From the outside of it, it sounds good. On the no side, I’d be concerned if they go upside-down, the burden would be dropped on all of us.

“Vote yes, and you get a lot of employment and put people to work … I wasn’t privy to the inside workings of it so I couldn’t tell you right now.”

Hof’s opponent in the District 36 race, incumbent, James Oscarson was one of the five legislators with Nye County ties voting no on SB1.