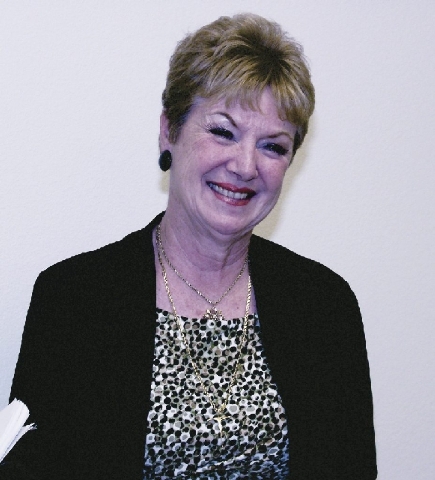 The first town board meeting without Bill Kohbarger will focus on approving the interim town manager contract with Susan Holecheck.

The former mayor of Mesquite was hired by the board following discussions during the last town meeting on July 9.

Outlined within the contract is a job description as well as remuneration in the form of a $55,000 annual base salary, or $27,500 for six months worth of work.

On Tuesday, Holecheck said for now, she is okay with the terms.

“That’s what they came back with and I really hope that I can prove myself enough that they will revisit that. I didn’t want to lose out on the opportunity. I really think I can do something good. Right now it’s very difficult because in the last few years we have seen communities go just crazy over salaries and I don’t really disagree. I think salaries can get way over the top,” she said.

Under the contract, she will be responsible for the overall management of the town as well as supervision of management staff and town resources.

“The position performs high-level administrative, technical, and professional work in directing and supervising the administration of town government and shall establish priorities, programs and acceptable performance levels for the operations of the Town of Pahrump. This position is unclassified and ‘at-will,’ serving at the pleasure of the town board,” the contract states.

Town Board Chairman Harley Kulkin said the contract is quite similar to any contract offered to a town employee.

He also mentioned the six-month probation stipulation, which was added on at the last minute before the board decided to offer Holecheck the position.

“I didn’t want to string this thing along, so when I made the motion, I threw the six-month stipulation in there and that’s a good amount of time for someone to do their thing and allow everyone to get a good feel about what kind of job she is doing. I’m confident that she will do a really good job and we will just take it from there,” he said.

The board voted 4-1 in favor of Holecheck.

Board member Amy Riches did not offer her support to the former mayor and provided the lone “nay” vote.

Holecheck was expected to start her new position the Monday immediately following the last board meeting but Kulkin said that plan was slightly altered out of necessity.

“We were hoping for an overlap so to speak. When Bill first gave his 30-day notice, we thought it was plenty of time and then you realize just how much time that isn’t. Fortunately, his new work schedule is four days and I knew he wouldn’t have a problem helping out until Susan gets up to speed on a few things. It’s not like she is inexperienced. She was in this week talking to staff,” he said.

The chairman also said that Holecheck has already secured a temporary residence in town while relocating from Mesquite.

“She told me that she is living here now and she is looking to find a permanent residence. She is very anxious to get in there and do what’s got to be done. I think with her background, she will be excellent with helping the town move forward in the direction that it’s been trying to go,” he said.

After the board approved her for the town manager position, Holecheck addressed the time frame issue she was given to accomplish what she can by January 2014.

The new town manager spoke about the impending Nevada Supreme Court decision regarding the future of her position as well as that of the board as a whole.

“I guess in my mind when they (the board) talked about an interim town manager, I thought they meant interim until they receive the Supreme Court decision and knew whether or not they were going to be a remaining board. In my mind, I’m thinking to myself it could be 10 months, 14 months, or 17 months, which is great because it gives me an opportunity to move here and really get to know the staff and the department heads and get my feet on the ground,” she said.

On the issue of incorporation, Kulkin said he believes that topic will be addressed by the new town manager in due time.

“It seemed to certainly work well for Mesquite. The fact is that she was in that arena and she knows the benefits of incorporation. I will say that the town can do the most for itself by becoming incorporated. Even the county legally can’t do some things for Pahrump that an incorporated city could do. She is aware of all of that. There is so much more of an advantage to being incorporated but that wouldn’t be necessary if we had a county commission that was Pahrump-friendly. Let’s face it, we do not have a commission that is Pahrump-friendly and that’s the way it is,” Kulkin said.

Town Board member Amy Riches does not favor incorporation and feels that Holecheck will take the town on the fast track to eventually become a city.

“When I think of the ideal situation for Pahrump, I think of a rural town with little or no government intrusion and people just living their lives as a retirement community and the Constitution means something. I understand building and zoning as far as building houses because you gotta make sure houses are up to code. It seems like there’s regulation after regulation after regulation. I think that people have had government up to their chins and they are sick of it. I am totally against incorporation because I don’t think that we can afford it and her idea seems to have some kind of city tax. We have people here on fixed incomes and we are still in hard economic times. Taxes are punishment and I have always felt that way,” she said.

Listed under the “working conditions” of the position, Holecheck’s contract provides what she can possibly expect under the title of town manager.

“Generally clean work environment with limited exposure to conditions such as dust, fumes, odors or noise. Periodic contact with angry and upset individuals, frequent interruptions of planned work activities by telephone calls, office visitors, and response to unplanned events. Travel from site to site and overnight and/or out-of-state travel. Incumbents may also be exposed to inclement weather conditions, and potentially hostile environments,” the contract humorously reads.

Due to time constraints, results on last night’s town board meeting will appear in Friday’s edition of the Pahrump Valley Times.