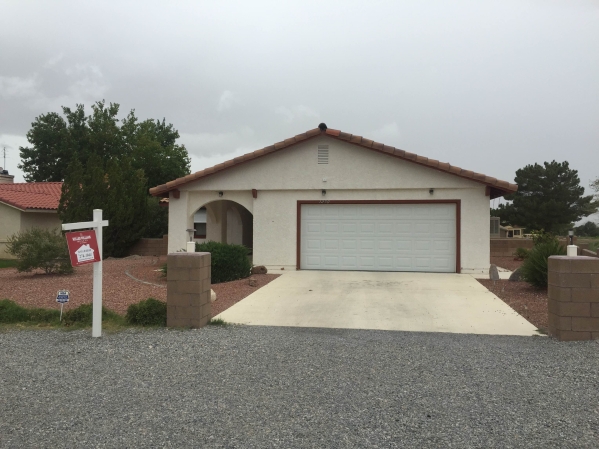 Home sales in the Pahrump Valley continued an upward trend in August as the number of units sold and the price of the units rose over the same time period last year.

This is above the numbers that the Southern Nevada area as a whole saw, as there was a nine percent increase in the median price of a home sold this year compared to last. The number rose from $200,000 last year to $218,000 this August.

Any way you look at it, the number in the area has shown a steady increase over the past year, showing the housing market continues to gradually strengthen.

“I like to compare the housing market to a marriage. It’s a good thing when it’s stable,” said GLVAR President Keith Lynam.”For the most part, that’s what we’ve seen so far this year. Home prices have been increasing, but at slower pace than the past few years. It’s also good news that we’re selling more homes throughout Southern Nevada this year than we did last year.”

Cathy Slaughterback of All Star Real Estate was on par with Lynam’s statements, as she is happy with the slow climb.

“We were actually consistent,” Slaughterback said. “Not real swamped but not dead either. So it was consistent and level. We had a pretty decent summer.”

Slaughterback was happy with the amount of business All Star did, since she said that the summer months can be slow due to the high temperatures the valley sees during the season.

“A lot of times the summers are dead because of the heat,” she said, “Even though it’s been hotter than hell, we were still showing houses to our guests.”

“Yeah, actually we have been staying above (average) and things have been rolling really good,” Washington said.

Washington also said that the numbers All Access has seen are close to the same number the area has seen, if not better.

Slaughterback sees the trend of increased sales in Pahrump continuing, as the valley usually follows behind the trends set over the hump.

“It’s just that sales are rising, slow but sure,” Slaughterback said. “We can ride six months behind Vegas, we’re just slower than they are.”