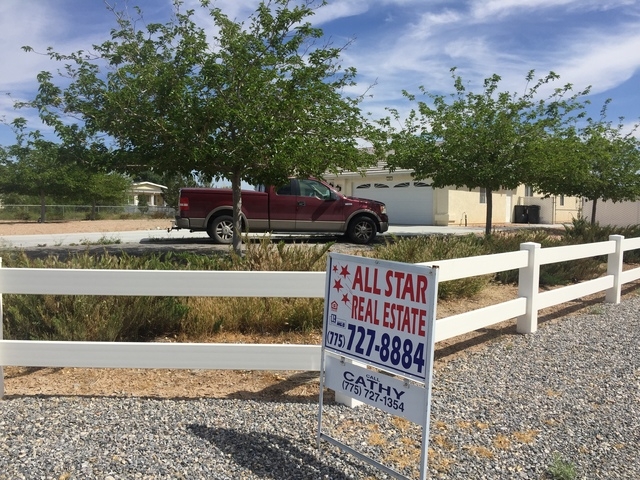 Home sales continued their upward trend in March, pushing sales in the area ahead of where they were last year though the same time period.

March home sales slightly eclipsed March of 2015, as 38 single-family units were sold in town this year according to the Greater Las Vegas Association of Realtors, which was two better than March of last year’s 36 mark.

All Star Real Estate owner Cathy Slaughterback said she has noticed similar numbers at her agency.

“Sounds about right,” Slaughterback said of the increased home sales. “It has been rising at a steady rate, little by little, it’s been pretty stable.”

Despite past success with snowbirds and retirees, Slaughterback said she hasn’t had much business from those sectors of buyers early on this year.

“Not too many snowbirds this year,” she said. “It’s mainly locals selling and reselling and people wanting out of that lousy snow. People that want to move out of Michigan and Pennsylvania from back east.

“As far as age, it’s been all over the board. I haven’t seen that many retirees.”

Slaughterback explained that although retirees aren’t buying at the moment, she has seen a rise in families moving to town.

“You can see it by how many more young people there are at our schools,” she said. “Our schools keep on getting bigger and bigger. We do have some retirees moving here but that used to be all that it was.”

The first robust three months are on the heels of December 2015’s strong end-of-the-year sales that had 47 single-family units sold in the area, which was the most homes sold in a single month since May 2013 when 48 homes were sold in town.

With tax season winding down, Slaughterback said she didn’t see many buyers looking for homes using their income tax refunds.