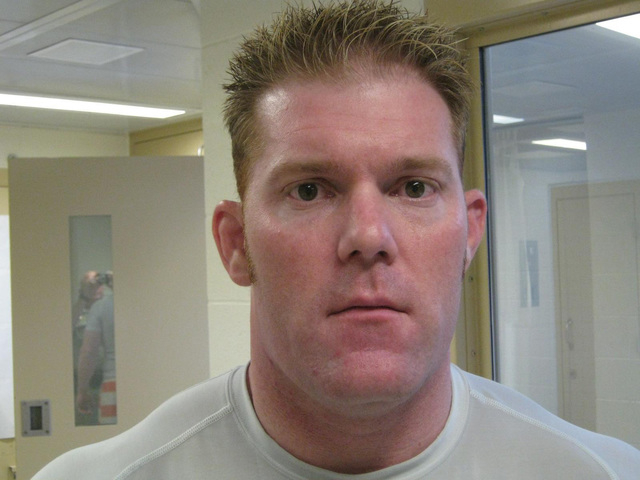 The former Nye County sheriff’s sergeant arrested on numerous drug and theft charges will get to spend the Christmas holiday season with out-of-state family members.

On Friday, Michael Horn, 38, briefly appeared before Judge Kimberly Wanker to request permission to leave the state, which was granted.

“I didn’t see any opposition to it and you are innocent until proven guilty,” Wanker told Horn. “The only thing I would ask, not publicly, but privately, provide the information as to where you will be staying and the flight information and if you have a passport you need to surrender it. Other than that, I have no problem with you going. I hope you have a good time.”

Horn, who had been on administrative leave, resigned from the department Friday.

“I think it presents a different challenge because of what’s going on across the country with perceptions of police officers and such, but he’s innocent and I think we’ll show that,” McMenemy said.

“He wanted to travel out of state to see some family for the holidays,” Nye County Deputy District Attorney David Rickert said. “We read over the request and we had no objection to that. It was granted by the court with some conditions regarding the surrender of a passport if he had one as well as providing his plans and the address he plans on staying at.”

On the issue of prosecuting a law enforcement officer, Rickert said the district attorney’s office treats everyone the same.

“We just proceed with the evidence we have and the facts we have,” he said. “We do that with everybody and Michael Horn is no different.”

Horn was arrested on Jan. 25 after fellow officers orchestrated a sting involving prescription medication being stored in the sheriff’s office evidence room. He was allegedly caught stealing medication that had been earmarked for disposal as part of a sheriff’s office community program.

During his Aug. 1 arraignment, Horn was charged with felony counts of misconduct of a public officer, theft against a person 60 years old or older, theft, possession of a controlled substance, and fraudulent appropriation of property. He was also charged with oppression under color of office, a gross misdemeanor.

Horn, a 10-year veteran of the sheriff’s office is the son-in-law of Assistant Sheriff Rick Marshall, who unsuccessfully lost his bid in November to become the next sheriff of Nye County.

Horn is scheduled for a criminal trial next December and faces the possibility of prison time if found guilty.