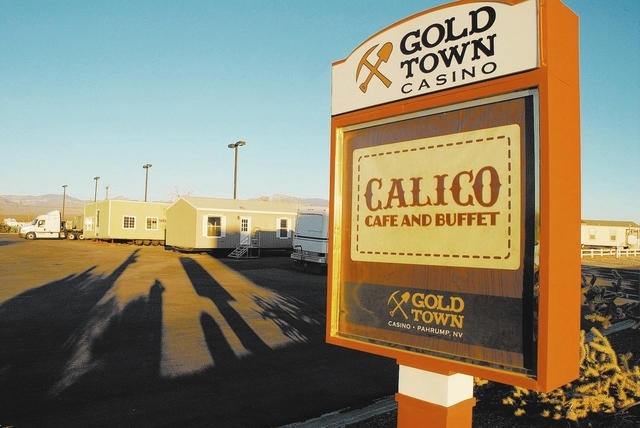 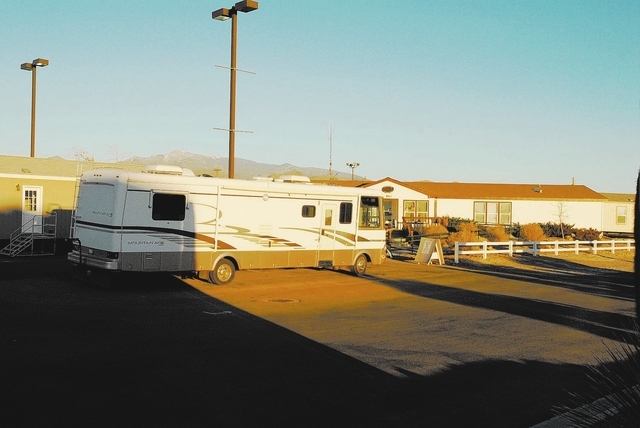 A conditional use permit to build a Holiday Inn Express motel at 861 and 881 S. Highway 160 was quickly approved by the Pahrump Regional Planning Commission Wednesday.

The RPC action becomes final unless someone appeals to the county commission.

Kanab Hotel Holdings and JDL Investments required a conditional use approval to build a hotel within the general commercial zone.

The planning department report concluded the hotel exceeded minimum lot sizes for the general commercial zone, will be designed in accordance with development standards and won’t be disturbing to existing or future neighboring uses.

It will be right down the street from Gold Town Casino and two lots from El Jefe’s Restaurant on the corner.

“We are proposing to build a 103-room hotel that will have a complimentary breakfast served each morning with an outdoor pool, your typical not full-service, but standard hotel,” said David Jeff, who was representing the applicant.

Property owner Ken Searles only wanted to clarify his and his wife’s names should be listed as property owners, instead of including Armor Inc., of which they are principal owners. The project will be located on two parcels totaling 1.6 acres that was developed with Dream Homes Manufactured Home Sales in 2011.

“We have been in contact with Golden Gaming regarding the proposed lease on the property. We are not opposed to what they are doing,” Searles said.

“What happens if someone comes in and wants to park an 18-wheeler there?” he asked.

Jeffs said with the parking there would be enough spaces to accommodate an 18-wheeler.

RPC member Bob King said Golden Gaming has a reciprocal agreement with Dream Homes allowing them to mark out some parking spots that were exclusive to their business. He said a similar arrangement will probably be agreed to between the hotel and the casino.

The hotel will be 48 feet high, the maximum height allowed in the general commercial zone. The permit application didn’t include gaming or liquor sales. The planning department report said the hotel is estimated to generate 200 to 300 construction jobs, once it’s in business it will employ 20 people full time and 10 to 15 people part time. Developers hope to begin construction next month and finish by November.

The construction will force GDS Enterprises, the manufactured home sales business formerly known as Dream Homes, to relocate down the street next to the Nevada State Bank building at 1351 S. Highway 160. Owner Gerald Schulte said they’ll be tearing out the old office and erecting a new one.

Schulte said the Herbst family, which owned Terrible’s Town Casino, had a 100-year lease on the property. Schulte said he only paid $1,000 per month to lease the land from Golden Gaming, but Holiday Inn Express will pay $10,000 per month.

“They tied up all that land originally to keep people from building next to them, another casino. So it worked out for the best interest. I’m glad,” Schulte said.