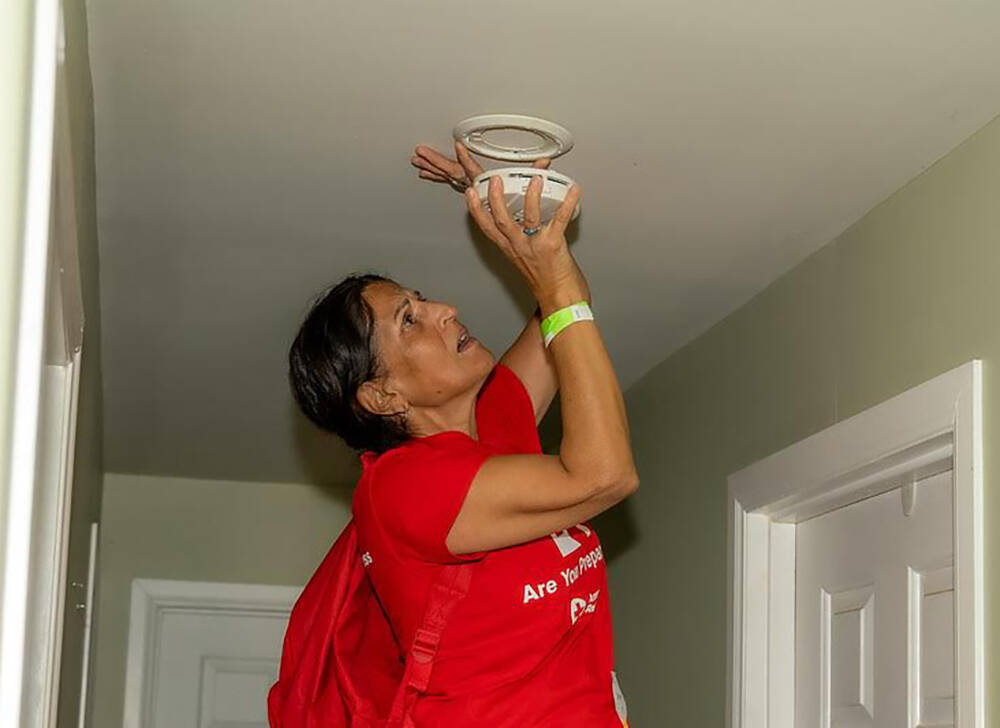 Special to the Pahrump Valley Times Provided by the Red Cross, this photo shows a volunteer installing a new smoke alarm in a home in the organization's Utah/Nevada region. 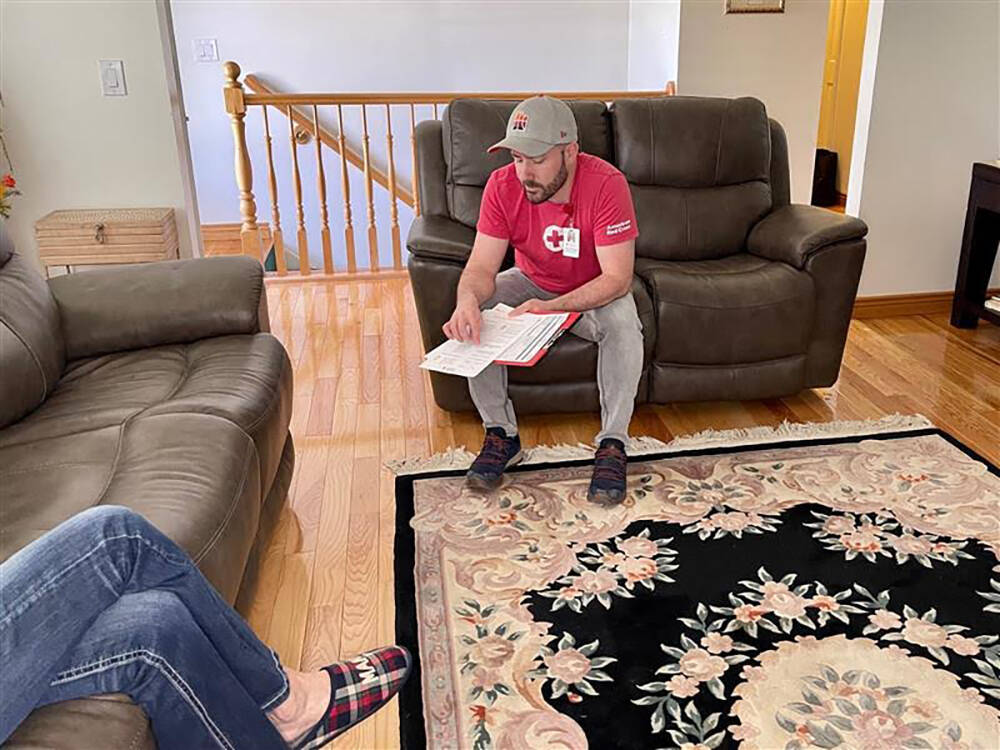 Special to the Pahrump Valley Times During the 20-minute free smoke alarm installation, the resident will also receive fire safety information that could help save their life in the event of a house fire.

“Last year in Nye County, Red Cross staff and volunteers helped more than 50 people whose homes were destroyed by fire.”

It was a sobering statement made by Rachel Flanigan, executive director of Red Cross Southern Nevada Chapter, a nonprofit organization that is striving to educate residents about the realities and dangers of house fires.

A smoke alarm’s shrill beeping can give occupants enough notice that they gain crucial minutes to react and that is exactly why the Red Cross will be hosting a special event this Saturday as part of its national “Sound the Alarm” initiative.

“The American Red Cross of Southern Nevada and Pahrump Fire and Rescue will join with volunteers on Saturday, May 7 to install about 100 free smoke alarms in Nye County homes,” a news release from the organization stated. “The effort will also arm residents with information that can make a difference in case of a home fire.”

Keith Paul, regional communications director with the American Red Cross Utah/Nevada Region, told the Pahrump Valley Times that “Sound the Alarm” has been going on for more than five years, during which the Red Cross has partnered with the Pahrump fire department several times. He added that while the special event on Saturday is meant to draw attention to the effort, that doesn’t mean it is the only time that residents can receive a free smoke alarm.

“We do offer the free smoke alarms and installation all year-round,” Paul said. “Anyone in Nye County can get one installed by going to redcross.org/NVsmokealarm.”

The news release noted that home fires are the nation’s most frequent disaster. Red Cross volunteers and staff must often respond to these catastrophes, “which can leave a family devastated and in need of immediate assistance,” the release stated.

“Most people don’t realize they only have two minutes to escape a home fire, or that smoke alarms need to be replaced every 10 years,” Flanigan said. “Taking action with this knowledge can be the difference between survival and tragedy.”

Pahrump Fire and Rescue Chief Scott Lewis added, “As firefighters, we know that having a home smoke alarm can cut the risk of dying in a fire by half. That’s why we want to make sure every home in Nye County has a working smoke alarm.”

The event is set to kick off at 8 a.m. on Saturday at Pahrump Fire Station 1, where local firefighters and other area volunteers will gather before heading out to visit homes around the valley. Volunteers are a vital part of the effort and anyone willing to lend a hand is always welcome. There is no prior experience necessary and training will be provided.

Volunteers can register at SoundTheAlarm.org/Nevada.

Residents interested in receiving a smoke alarm can also visit SoundTheAlarm.org/Nevada to schedule an appointment for their free alarm and installation.