Special to the Pahrump Valley Times The Nevada Site Specific Advisory Board is recruiting members and anyone interested in helping to guide clean-up activities at the former Nevada Test Site is encouraged to apply. 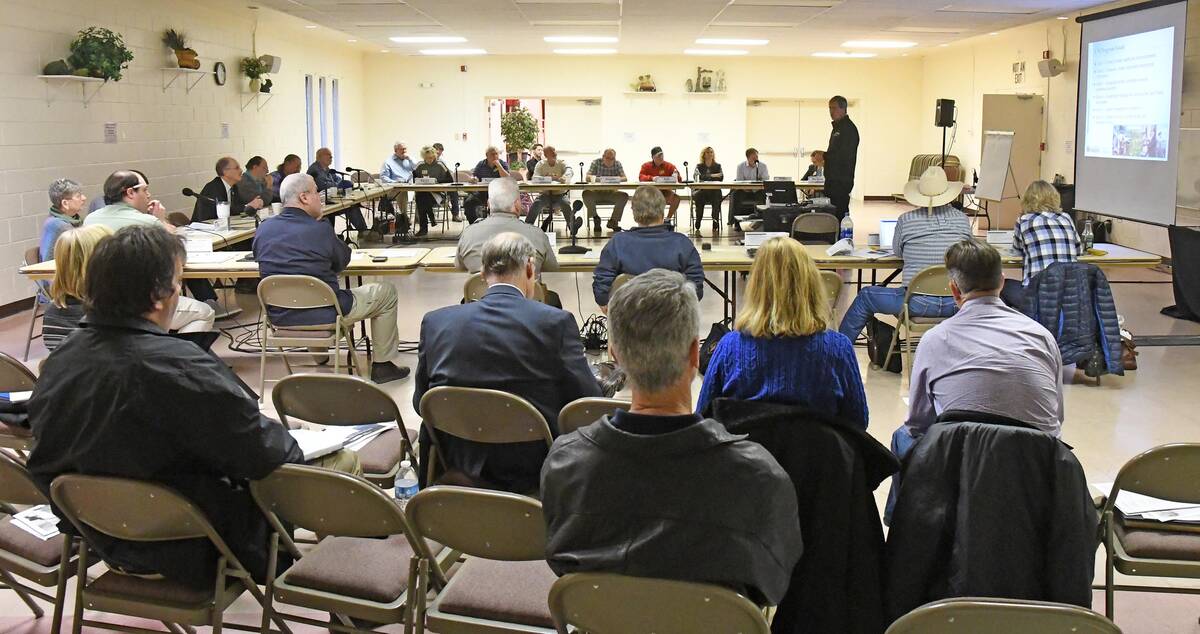 Richard Stephens/Special to the Pahrump Valley Times This file photo shows the Nevada Site Specific Advisory Board at a meeting held in Beatty. Members of this board attend approximately six meetings per year.

The Nevada Site Specific Advisory Board is recruiting members who want to get involved in the community.

The board has existed since 1994 and comprises volunteers and stakeholders who provide key input to the Department of Energy regarding cleanup activities at the Nevada National Security Site, formerly known as the Nevada Test Site.

This site was home of decades of nuclear weapons development and nuclear energy research, Knapp said.

Its legacy left behind some environmental concerns.

“Public involvement takes many forms — from serving as an esteemed county commissioner to volunteering at a food pantry, being a crossing guard or coaching a Little League team. Yes, there are differences, but they all have a few things in common” said Kevin Knapp, on Tuesday at the Nye County Commission meeting. “They require the sacrifice of someone’s most precious commodity, time.”

Knapp is with Navarro Research and Engineering Inc., a contractor to the U.S. DOE, Environmental Management Nevada Program, and is involved with recruiting new members for NSSAB.

“The members bring a variety of perspectives to the board on issues of significant concern to the region,” Knapp said. “Rural interests, environmental concerns and local government viewpoints are discussed and considered by the board before making recommendations to the Department of Energy.”

NSSAB meets approximately six times per year, generally on Wednesdays in the late afternoon and meetings typically run about three hours, including a short break.

Meetings have recently been virtual or hybrid because of the pandemic, he said.

Being on the board opens opportunities to members: there are guided tours at the Nevada National Security Site, national conferences and other industry-related workshops.

No training is required to be a part of the board.

Interested parties can find a downloadable application online at www.NNSS.gov/NSSAB

Applications must be submitted by Feb. 9.

Knapp added that the vetting process takes time. Approval for membership is expected in October.