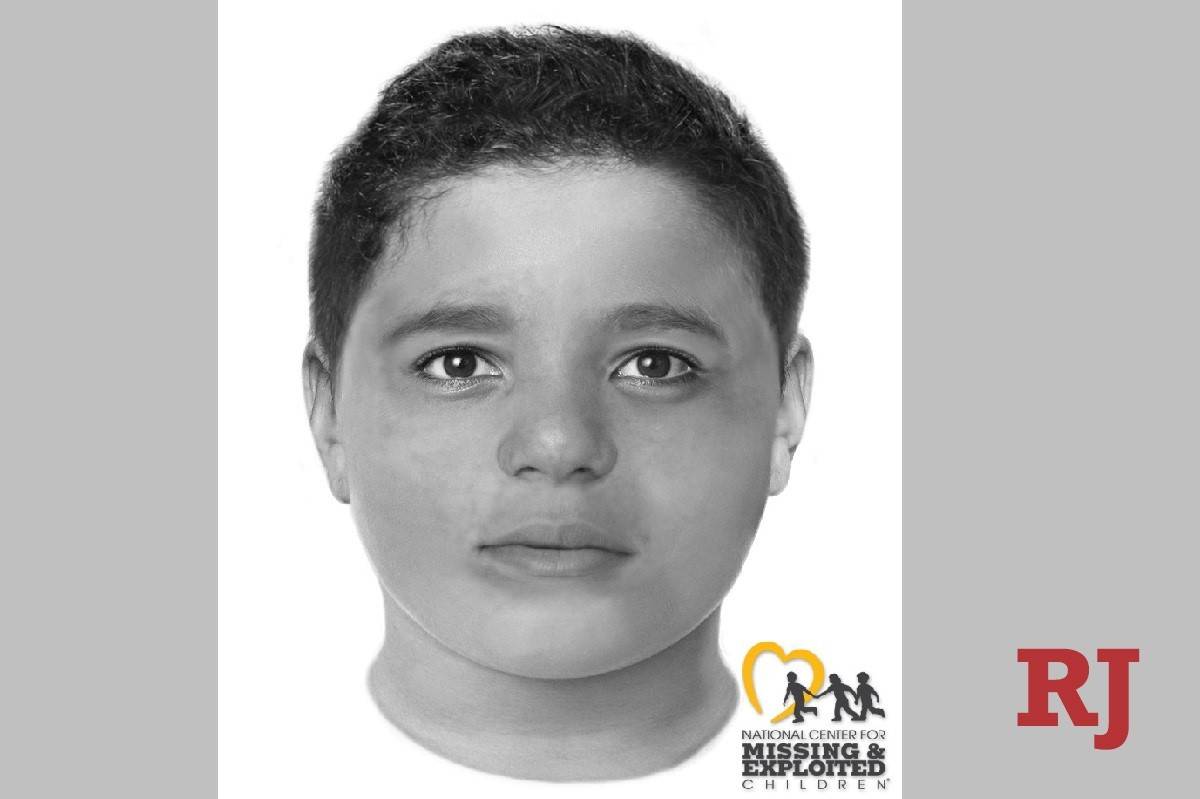 The body of a boy was found Friday between Las Vegas and Pahrump. The boy was described as Hispanic, 8 to 12 years old, standing 4 feet 11 inches and weighing 123 pounds. (Las Vegas Metropolitan Police Department) 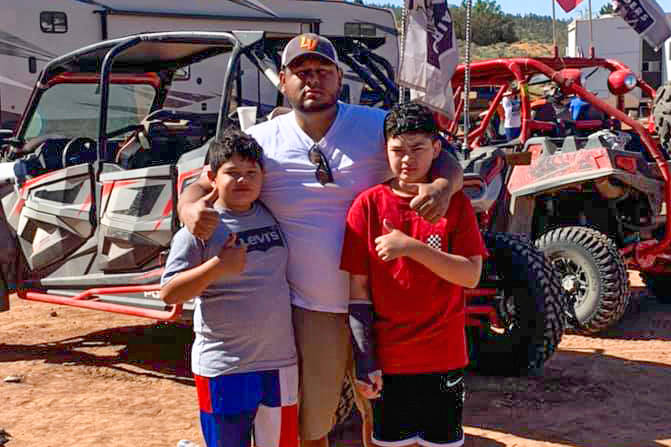 Jose Montes posted a photo of himself and his children on his Facebook account on May 31. In the post, he said he could not believe his name had surfaced in the police investigation of a slain boy, who at one point was misidentified as his son. "I deserve a public Apology," he wrote. (Jose Montes/Facebook)

Las Vegas police are sorting through hundreds of leads from across the nation regarding the possible identity of a slain child found Friday along state Route 160.

Homicide Lt. Ray Spencer said police have received missing child tips from Nebraska, California, Montana, Maryland, Iowa and Arizona — and ruled out all of them.

“We are open to anything,” Spencer said on Tuesday. “However, at this point we are still trying to focus our investigation on any children that live or reside in Clark County or Nye County.”

Meanwhile, a Las Vegas Valley father who was briefly sought by police in their investigation, only to be cleared hours later when he and his two sons were both found alive while camping in the Utah wilderness, said in a social media post that he wants an apology.

“I was shocked that people would think I would hurt my son,” Jose Montes wrote on his Facebook page late Monday night.

The bizarre series of events that led to Montes being caught in the middle of the police investigation started with hikers discovering a boy’s remains at around 7:45 a.m. Friday, just off the road that runs between Las Vegas and Pahrump.

Spencer said the child was clearly the victim of a homicide. The body had been placed there recently.

Police then released a sketch of the child, and on Saturday morning, police held a news conference to announce that the child had been identified as an 8-year-old from Las Vegas. They noted that the boy’s mother and another relative had identified the child.

As a result, police said they were searching for the boy’s half-brother, 11-year-old Eden Montes, and the children’s biological father. Police initially identified the father as Jose Montes-Herrera, although he identifies himself on his Facebook page as simply Jose Montes.

The 8-year-old’s mother said she had last seen her son Thursday night with his father.

Spencer spoke with the mother for more than an hour, and investigators with the Clark County coroner’s office also met with her. She viewed autopsy pictures and was so sure that her son was the boy found dead that she signed an affidavit with the coroner’s office.

Detectives then spoke with Eden’s mother, who also had seen the news coverage and thought the sketch resembled her son’s brother. Jose Montes had picked up both boys on Thursday night, and Eden’s mother had not been able to get in touch with them.

An Amber Alert later was postponed when detectives confirmed, to their surprise, that the 8-year-old was alive. He, Eden and their father were camping in Utah. This, in turn, put the police back to square one in their work to determine the true identity of the dead boy.

Jose Montes posted on his Facebook page Monday night that he could not believe his name had surfaced in the police investigation.

“To all my Family and Friends I like to let you guys know my kids are safe and sound,” he wrote. “We are heading back to Vegas it breaks my heart to know that I was (accused) of hurting my son.”

The father added that he had been camping and was without cellphone service.

“I was shocked that people would think I would hurt my son knowing I do everything for them,” he continued. “As for the little kid that is really dead my prayers are out for that family I hope they find the peace and the victim. I deserve a public Apology for what I went through I had snipers, guns, drones etc. Me and my kids were also held (at) gun point. And also was (stripped) half naked in public, I had my kids snatched right out of my hands. (And) to all the negative things that people posted on my social media please delete it.”

Montes could not immediately be reached for further comment Tuesday morning.

‘Looking for any potential leads’

Spencer said police acted with the best interests of the Montes children in mind when publicly putting out information seeking Eden and Jose Montes.

“As a police agency we are going to do everything we can to locate a child we feel could be in danger,” the lieutenant said. “With the information that was provided by the mother, by another family member, with the identification being made from that mother, and along with the fact that social media posts were making that link early that morning, as an agency, we have to do everything we can when there is a child that is potentially in harm’s way. That’s what was done.”

Spencer said police efforts yielded “an exceptional outcome for the mother who went 18 hours thinking that her child was dead.”

“I truly understand the frustration the father is going through, but we are going to keep our investigation focused on who murdered the little child up on the mountain,” he added.

Spencer said police have pulled video from cameras along the route to and from Pahrump.

“The problem is we just don’t know what we are looking for at this point,” he said. “There is no video up on the mountain. We are looking for any potential leads. If anybody saw somebody in the early morning hours as they were pulling over on the side of state Route 160, as they were driving to Pahrump, and noticed anything suspicious, we want them to call us.”