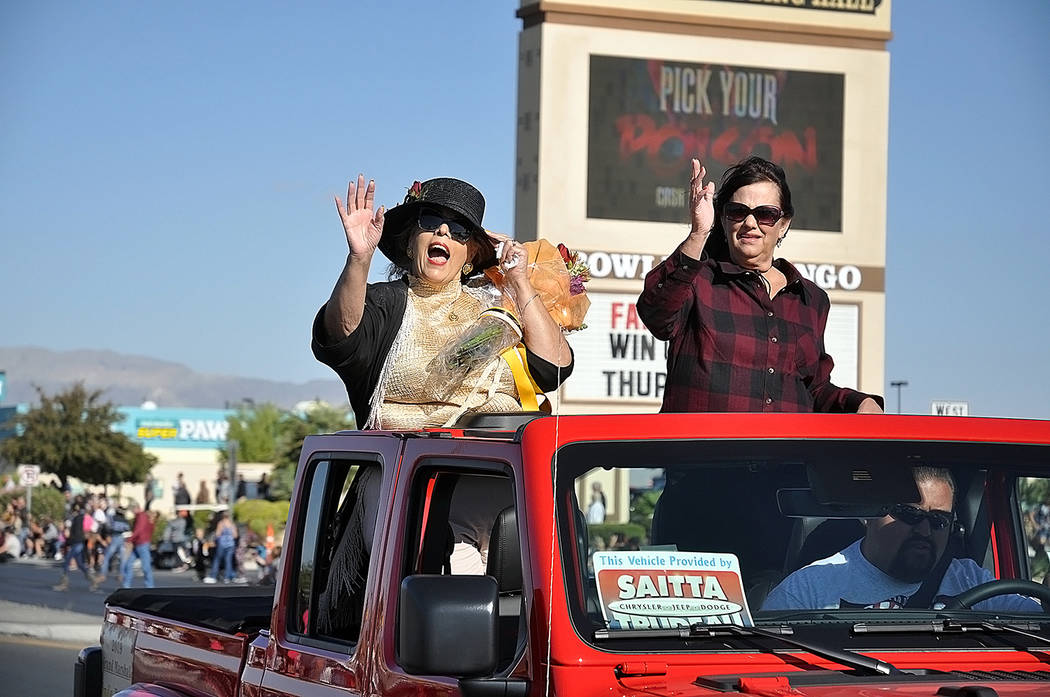 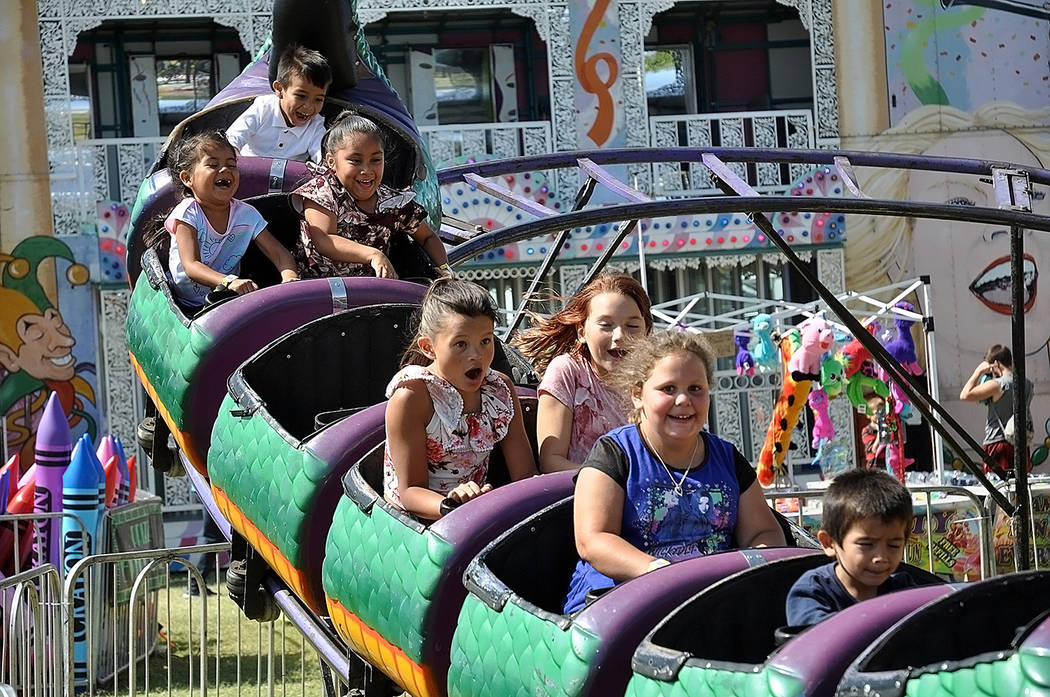 Horace Langford Jr./Pahrump Valley Times Several fast-paced carnival rides were available at the 2019 Fall Festival. Youngsters rolled along the rails of some rides, which were provided by Pahrump's Davis Amusements. 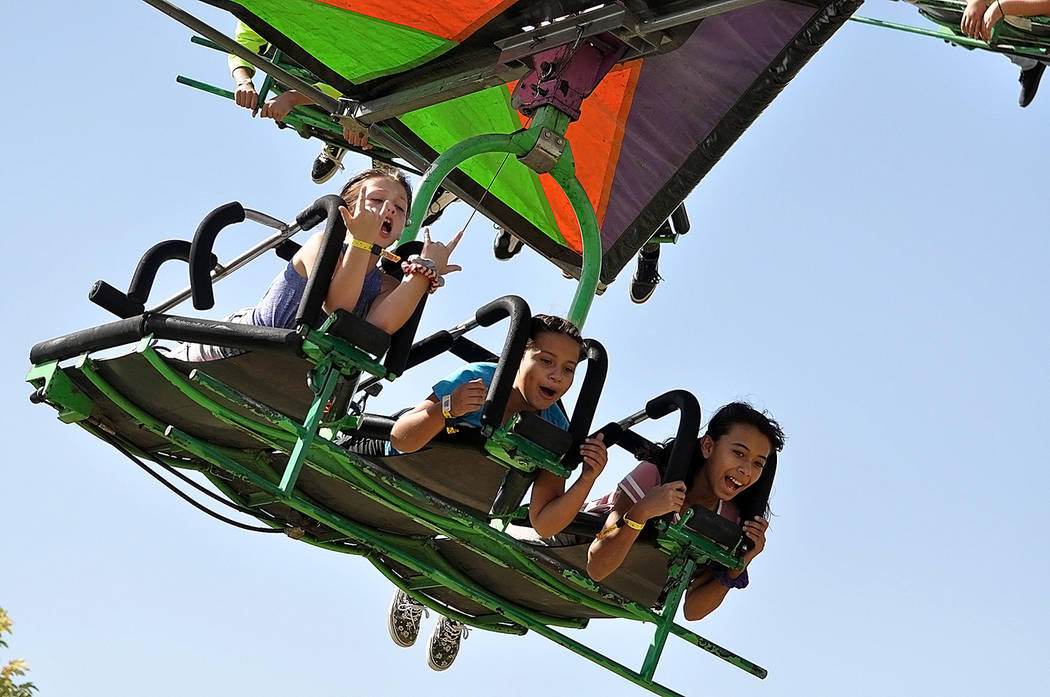 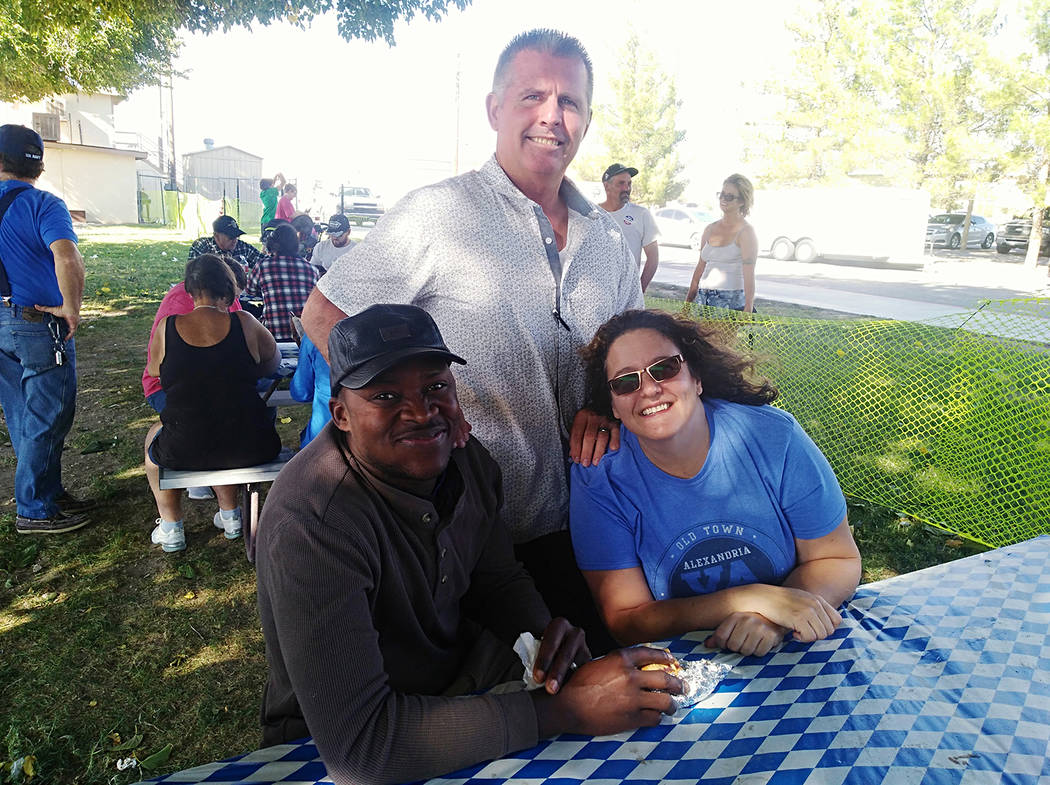 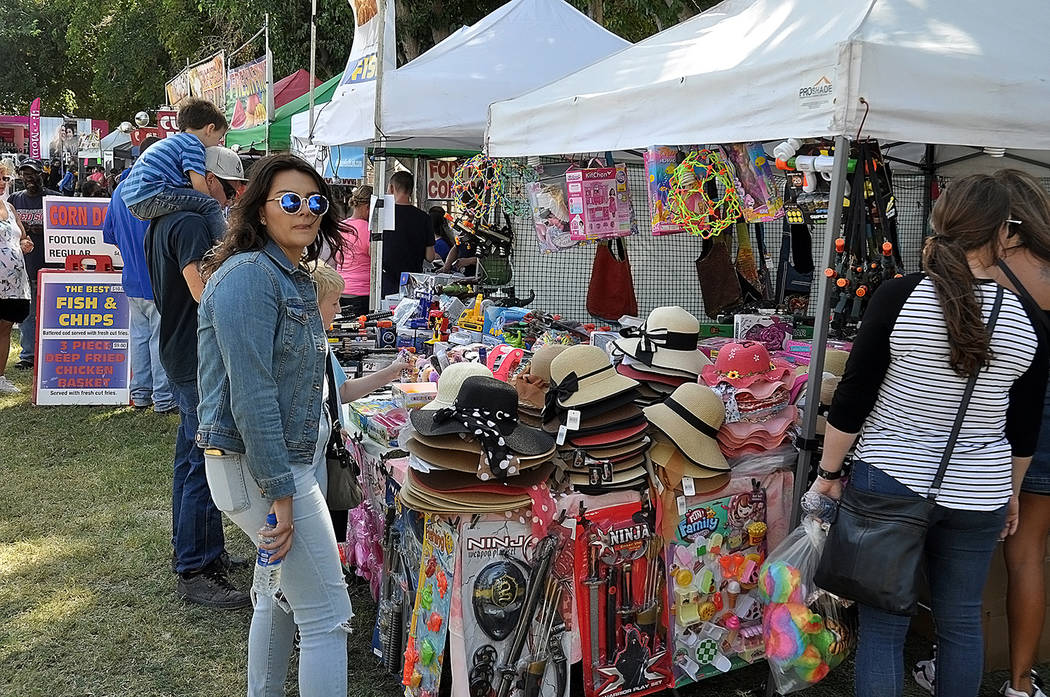 The windy conditions over the weekend didn’t appear to dampen the exhilaration and interest in the 2019 Pahrump Fall Festival, as gusts reached as high as 37 miles per hour on Saturday, according to the National Weather Service.

“I spoke to many of the local businesses in town who had booths here and asked if it was a worthwhile cost for them,” she said. “They did great business all throughout the weekend, with some doing better than others, of course, but I’m encouraged by everything I’ve heard.”

“…It was actually the first one that I was able to see…,” she said. “I just decided that I was going this year because I am usually too busy. The arts and crafts portion also went really well inside the Bob Ruud Community Center. Every time I went in there, there were tons of people checking everything out.”

Among the many vendors at the park was Troy Evers of Evers Enterprises LLC in Pahrump.

“I think it’s been really good, and we have a very large crowd out here today,” he said. “This is my first year being a vendor in quite some time. We sell used cars for a couple of years here, and we are located on Homestead Road, across from Lakeside. We just started being a dealer for Innovative Trailers about four months ago, and I am here promoting the trailers. Business has been a little slow, but the indications from this event are that it’s going to change. We’ve had a lot of positive responses. It looks like I have more than paid for my vendor space fees already.”

Evers also spoke about how the windy conditions affected his booth.

“It was a little daunting, but we just took the canopy down and rolled with it,” he said with a laugh. “It’s been great out here meeting lots of nice people. Some people I’ve seen before and reconnected with. I saw one guy I grew up with, who I haven’t seen in close to 40 years. It’s been really nice.”

Barry and Serena Bryce, owners of Southwest Designs, made the near six-hour drive to Pahrump from Fernley, Nevada to Pahrump for the sixth consecutive time.

“The Fall Festival is always great and we have been coming here for about six years in a row now,” Barry said. “It’s really worth coming out here.”

The duo has been in business since 1976.

“We sell a lot of custom designed blankets, pocket knives, jewelry and Montana West purses,” he said. “It’s unfortunate that we had so much wind and dust blowing around on Saturday. That’s too bad.”

While seated at a picnic table, local resident Mbaya Mwamba and his wife Erin were enjoying lunch on Saturday afternoon.

“I have been coming to the Fall Festival since I was a little kid,” Erin said. “I really like it because it’s a lot of fun and gives the kids and families something to do for sure, especially the carnival, which is something they really look forward to visiting. The food is always good, and we really enjoy it. We didn’t eat all day because we knew we were coming here to get some. The first thing we did was check out the food vendors.”

Also checking out the vendor booths was Pahrump resident Ryan Muccio, who has attended the event for many years.

“This is definitely not my first Fall Festival,” he said. “I think it’s great. We have a good crowd this year, and I was really pleased with the parade portion. There were a lot of festive floats, which was really cool to see. They were all done up really, really well, and the rodeo was awesome. There is a big variety of vendors this year. I really liked the Oktoberfest theme, but it’s very windy, unfortunately. I’m going to check out the Elotes, which is the Mexican street corn. It is excellent. This has been a great Fall Festival this year.”

Corey, meanwhile, spoke about the sponsors and all of the volunteers who provided their time and effort for the 55th annual event.

“One thing I really tried to do this year was pamper my sponsors, so we had a VIP tent set up for them,” she said. “We had an Oktoberfest-themed dinner and a bar set up for them on Thursday night. We also really spotlighted them on Facebook, including all of their banners. We also had a number of great volunteers this year. I really tried to make them feel special by providing gifts and free food, so I wanted to make it worthwhile for them. I was prepared for 20 volunteers, but I think we probably had about 30 this year.”

Additionally, Corey also spoke about a few social media posts regarding the 2019 Fall Festival by noting that it’s important to try and balance the negative and the positive, in terms of the pricing.

“When I averaged out the price of a wristband for the carnival, it was about $2.50 an hour for all of the rides, if families came and played all day,” she said. “What I saw in the park was a whole lot of fun being had. There were smiles on people’s faces walking back and forth having a good time and listening to great music. We also had Central Valley Baptist Church this year, who offered extremely low-priced food at the Snack Shack so families could afford to feed their kids. Unfortunately, we had some very windy conditions on Saturday. I had many requests to fix that and I tried my hardest, but I could only do so much.”