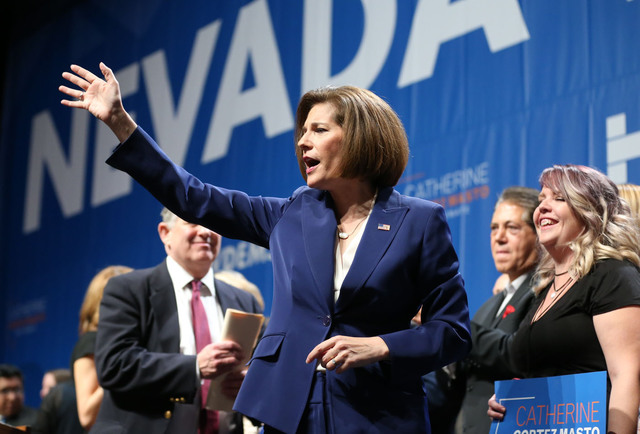 Scott Fairchild, the campaign manager in her Senate race, will be her chief of staff. Fairchild also has been national campaigns director for the League of Conservation Voters and a chief of staff in Congress.

Zach Zaragoza will be her state director. He has been executive director of the Nevada State Democratic Party since 2011. He also worked as a regional representative for Reid based in Las Vegas.

Rey Benitez will be her communication director. Benitez is Reid’s senior adviser for Hispanic media.

Kati Card was named digital director. She also did digital work in the campaign and has done press and research work for the Senate’s Democratic Policy and Communications Center.

Josh Yearsley will be administrative director. He previously served as operations director for the office of U.S. Sen. Barbara Mikulski, D-Md.

Hilary Barrett was named scheduler. She was deputy political director for the Democratic coordinated campaign in Nevada.