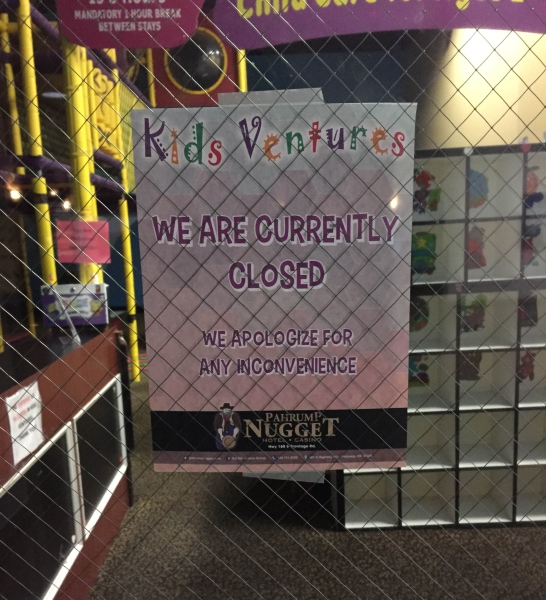 The introduction of another casino into the Pahrump market has failed to grow revenues, and instead siphoned customers from existing competitors.

Nye County gaming revenue in July was $3.7 million, a decrease of 1.25 percent from the same month last year. Casino revenue for May-July slipped 1 percent from last year to $11.5 million.

Terrible’s Road House Casino opened in late March with slot machines and no table games in the old Mountain View Casino on Pahrump Valley Boulevard. However, every full month since its opening has seen flat revenue or decreases including a 3.6 percent drop in April, a 1.5 percent increase in May, and a 3.6 percent drop in June before July’s decrease.

Golden Entertainment, which own three large casinos which generate 70 percent of the area’s casino revenue, made some cuts this week in response to the poor summer months. Twenty-six employees were cut in the layoffs across the Pahrump Nugget, Gold Town Casino and Lakeside Casino & RV Park. The company also permanently closed Kids Ventures at the Nugget.