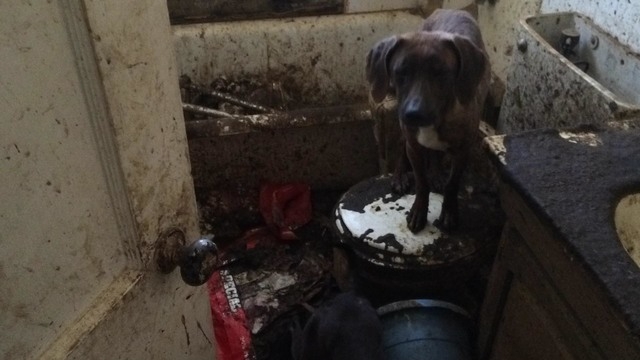 Custody of several dozen dogs seized in February from a home in Tonopah has been given to Nye County Animal Control in Pahrump, District Judge Kim Wanker granted Friday.

The owner of the dogs, Bette Lynne Fuchsel, 69, was given a Friday deadline to clean up her property and find suitable accommodations for the dogs if she wanted to retain custody of just a few of the animals.

She was unable to comply with Wanker’s order.

On Feb. 24, 67 Whippets and two cats were removed from Fuchsel’s residence on Cody Road in Tonopah. She still is facing numerous criminal charges including felony animal cruelty and failure to provide humane care in a trial scheduled to start today.

Tails End Animal Shelter Director Susan Cronin said the judge made the right ruling for the sake of the dogs, who will soon find new homes.

“I thought the judge’s decision was great after she awarded custody of the dogs to Nye County,” she said. “Nineteen of the dogs have already gone out and we still have about 45 left that are looking for homes. We have called many of the rescue groups who have agreed to take them in.”

“Judge Wanker ruled in favor for the health of those animals,” Nye County Emergency Services Director Vance Payne said. “She has ordered that the animals be turned over to Nye County for proper re-homing.”

Payne said, though the judge’s decision was beneficial to the shelter on a number of different levels, officials there will have to abide by a waiting period before they can begin adopting the remaining animals out to new homes.

He noted that shelter officials are looking forward to getting things back in order at the shelter, which was already at capacity prior to the arrival of the Tonopah dogs.

“In the agreement, there’s a waiting period and that turns to be 10 days,” he said. “After that, we will begin the process of finding homes and adopting them out. Right now, there are so many animals in such tight quarters that we are anxious to get them into people’s homes and let them have a decent life rather than being caged up.”

The Northern Nevada Society for the Prevention of Cruelty to Animals has agreed to take in some of the dogs. A shelter in Henderson took seven of the dogs that were previously released.

Cronin said Fuchsel had every opportunity to comply with county statutes in order to keep some of her animals.

“The owner of the dogs had to prove that she had a place for the dogs to reside in plus they needed the proper shots and spaying and neutering before she got them back,” Cronin said. “That was all resolved on Friday when the judge ordered all of the animals released to the custody of Nye County.”

Cronin also said due to the dogs’ temperament, she believes it won’t be difficult to find suitable homes for them.

“We are confident that we can get the rest of these dogs placed in loving homes and adoption facilities,” she said. “I received an email that said the dogs are not only sweet and manageable, they are already leash trained. We are talking about animals that had no interaction with humans and no social skills so that was really, really good news.”