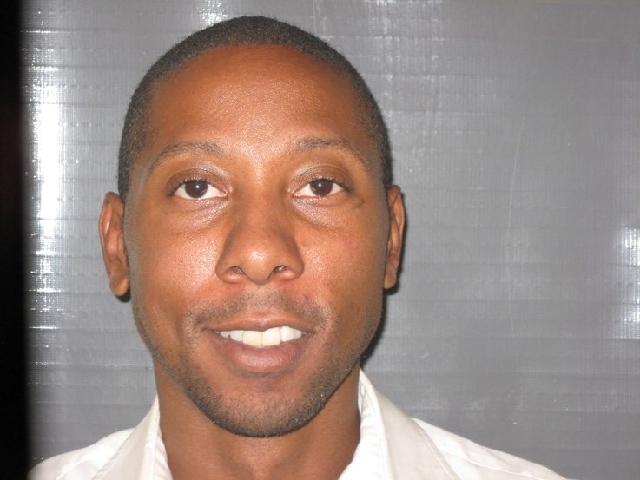 One man found himself back in jail this week on a contempt of court charge after he became argumentative and disruptive during his bench trial in Pahrump Justice Court.

Brandon Laury appeared in court Monday afternoon for a misdemeanor trial on charges of obstructing a peace officer, driving without a valid license, no driver’s license in possession, unregistered vehicle and stop required on signal of a peace officer following an incident that occurred during an October 2011 traffic stop on Homestead Road.

Nye County Sheriff’s Deputy Wesley Fancher, who arrested Laury in the case, testified he was traveling northbound on Homestead Road on Oct. 6, 2011 when he witnessed a newer model black Nissan sedan pass him with no rear license plate.

The officer attempted to conduct a traffic stop on the vehicle to check for valid registration when the driver, later identified as Laury, began to pull on and off the roadway before allegedly flipping around to the other side of the road and coming to a stop.

Because of what the deputy characterized as “unusual” behavior, Fancher got out of his vehicle and commanded Laury to open his window and show the officer his hands.

“The driving behavior was very unusual, I thought he might be reaching for something, as if he would slow down, reach for something and then come back onto the road. Due to that suspicion, I wanted to see his hands to make sure there was no firearm or any type of weapon,” Fancher testified. “I couldn’t see him through the tinted windows. I was trying to get him to roll down his window so I could have any type of view of his hands or any possible threat in the vehicle. Subsequently the window did roll down about four inches and it appeared he was filming me with some kind of camera.”

As the deputy continued trying to get the man to exit his vehicle, he said Laury began asking the officer a series of questions.

“I asked him to open the door, he was very argumentative, didn’t want to comply with anything I had to say. He kept asking if this was an infraction. I said no. He asked if it was a misdemeanor; he asked if he was under arrest. I said no. He continued to argue with me and ignored all commands. I several times ordered him to get out of the vehicle, but the doors were locked,” he said.

Asst. Sheriff Rick Marshall then arrived on scene to assist Fancher and also reportedly gave several commands to Laury to exit the vehicle.

When he again allegedly refused, Fancher said he used his baton to break the Nissan’s back driver’s side window out, at which time Laury exited the car.

He was subsequently placed under arrest by the two officers.

Despite the details of the incident that led to his arrest, Laury appeared in court this week with several legal arguments as to why he felt the case should be dismissed.

“At this time I would like to make a motion for dismissal … I was never served a summons or complaint in the case. In fact, there should be no proof of record of service in the file. Since there was no service, and there was no record of proper service I would ask the court for a dismissal right now,” he said. “In the Supreme Court rules, I read that the court is supposed to serve upon the defendant in 120 days the summons or complaint… And in fact if you want to extend that time you’re supposed to request that extension be given. But as per my knowledge, I am not aware any such request was made. “

Justice of the Peace Kent Jasperson, however, told Laury the court did attempt to serve him with the summons and complaint, but the certified mail came back as a bad address. He further stated the man was given a copy of the complaint when he was arrested on a bench warrant earlier this year after failing to appear at his initial arraignment in 2012.

“It’s my recollection in this case that when you were arrested in the beginning you refused to identify yourself to anyone in law enforcement. And according to this sheet, there was an order made that you be held in custody until you could be identified. And then after you got released from custody, you failed to appear for an arraignment hearing that was scheduled and I had to issue a bench warrant to have you arrested. You weren’t arrested until a year later in April of 2013 and that’s the time you were brought back here and served a copy of the complaint,” the judge said.

After Jasperson denied the man’s request for a dismissal in the case, Laury asked for a continuance, telling the court he didn’t have time to pull copies of the cases or laws he was referring to in his argument as he had several deaths in his family in the last month.

Jasperson also denied the request for a continuance telling Laury he had more than a year to prepare since the time of his arrest.

As the trial got under way, Laury became disruptive, objecting to Fancher’s testimony and arguing with Jasperson when his motions were denied.

At one point Laury objected to Fancher’s statement that he had pulled over a vehicle, stating there was no evidence a vehicle was on scene.

“Objection your honor, it was not a vehicle, it was an automobile. It lacks foundation, lacks basis, it’s hearsay. Where is it on record there was a vehicle present?” he asked.

Another time he interrupted Fancher’s testimony to ask where there was evidence anyone was driving the car.

On both occasions, the judge overruled his objections.

Jasperson warned Laury if he continued to interrupt the deputy, himself or the prosecutor he would find the defendant in contempt of court and place him in jail.

Despite several warnings, Laury continued to argue with the court, telling the judge he thought he was biased. Eventually Jasperson had enough and asked his bailiff to take the man into custody.

The bench trial was stopped and the witnesses released until the hearing can be rescheduled for a later date.