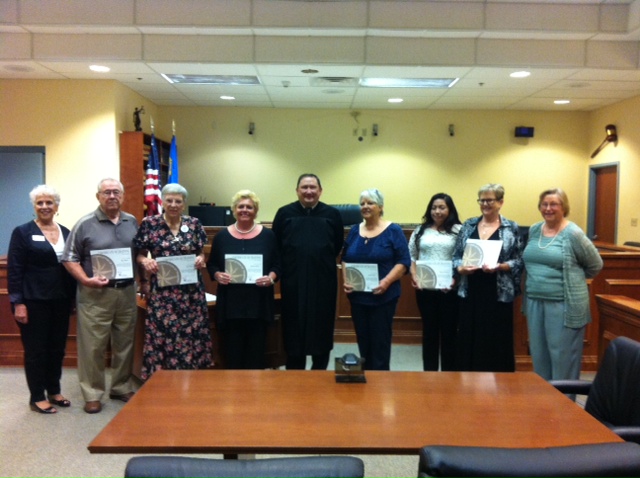 Their mission statement is simple:

âTo recruit, train and support court-appointed special advocates for abused and neglected children so they can thrive in safe, permanent homes.â

The organization recruits, trains and supervises volunteers, who act as advocates in court, making recommendations for children who cannot stand up or speak for themselves.

All volunteers must abide by a confidentiality statement they agree to sign.

According to CASA, there are scores of children under foster care in the Fifth Judicial District, many of which have been neglected and often abused by parents or guardians.

Volunteers must complete the application process prior to being accepted into the program, involving paperwork, interviews and a mandatory background check.

The program requires volunteers to put in more than 30 training hours to complete the class, while court observance is also mandatory.

Because each volunteer is an appointed officer of the court, the actual interviews with the children are conducted in private, as parents or guardians are not allowed to sit in and observe.

âThe swearing-in ceremony brings the number to 49 total that we have trained in Nye County since we officially became operational February 1, 2011,â she said. âIt always brings a tear to my eye when I witness this event after 5 weeks of training and I feel like our fledglings have earned their wings and are leaving home.â

There is a cost component to recruit, train and manage volunteers, which can be partially offset by way of the community.

Any donations of office equipment and supplies are always welcome, as are donations of gifts and prizes to raffle or auction during fundraising events.

The program can also use donations of new or gently used childrenâs clothing for whatâs called the âCASA Closet.â

Tickets for CASAâs annual fundraising luau are now on sale.

The Hawaiian-themed event will feature a live mermaid along with a host of hula dancers.